Despite being Santo Domingo the visit to the city was on Friday! Hehehe

Our visit to the city of Santo Domingo, capital of the Dominican Republic, was very cool. For those who do not know, the city is the oldest in the Americas after the discovery and its colonial zone was declared by UNESCO in 1990 “World Heritage”. It was not the first place to be discovered, but it was the first structured city itself.

Thus, the great important figure of the city is Christopher Columbus, being honored with memorials, museums and statues. One of the most interesting places is its own Memorial, where, despite controversies, lie its remains. The tour of its 12 blocks from the historic center represents a turn in time: 16th-century buildings, military fortresses (on the banks of the River Ozama), Alcazar (home to the Columbus Palace, 1510), the cathedral of Santa Maria de la Encarnación, the oldest in America, ruins of the monastery of San Francisco (1512), the Faro a Colón (museum in the form of a cross/pyramid where columbus’ tomb is located).

With all this, it was very worth having raised at 5 am and spend all day visiting so much history and beauty gathered. We bought a tourist package directly at our hotel, which included round-trip bus rides and tours of the city’s main tourist spots. We had to leave early, because the bus passes picking up tourists in several hotels in the region.

Here are the most significant photos of the tour: 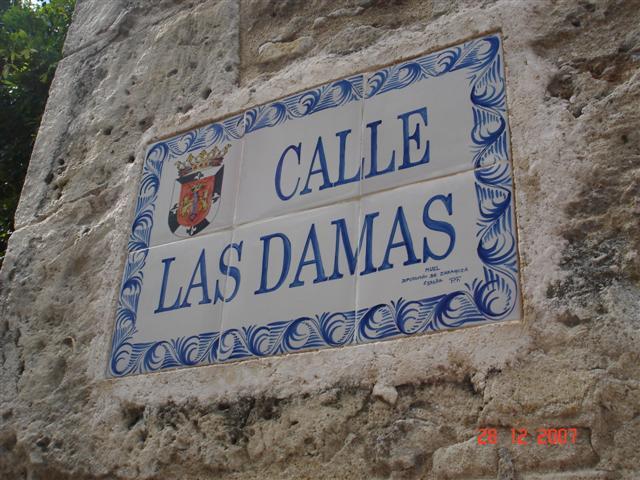 The main street of the colonial zone of Santo Domingo 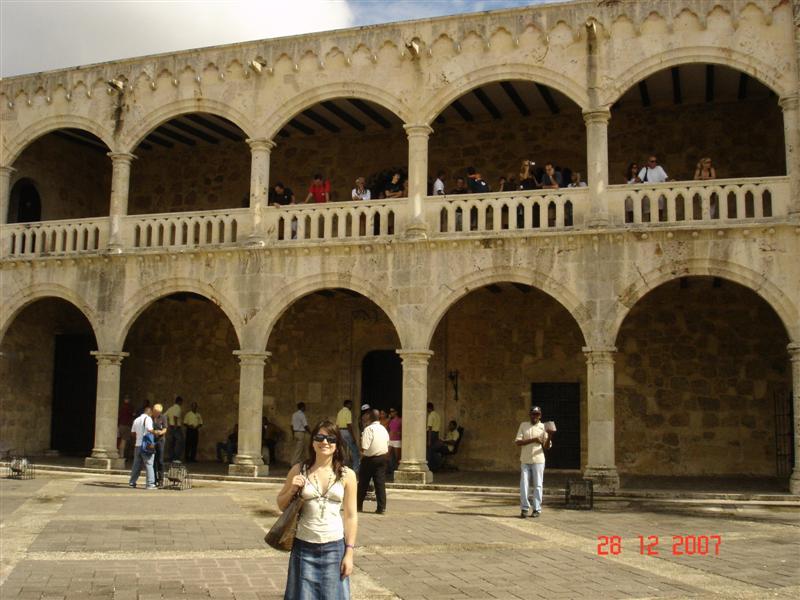 Plaza de España and in the background the Alcazar, the Palace of Columbus, residence of Don Diego built in 1510, today a museum with the reconstitution of the furniture of the time. 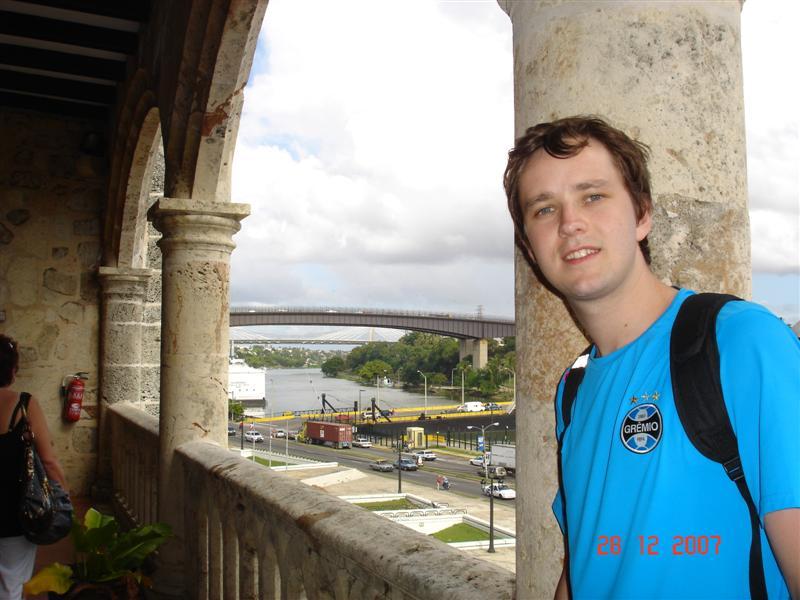 Inside the Alcazar de Colón museum. In the background the 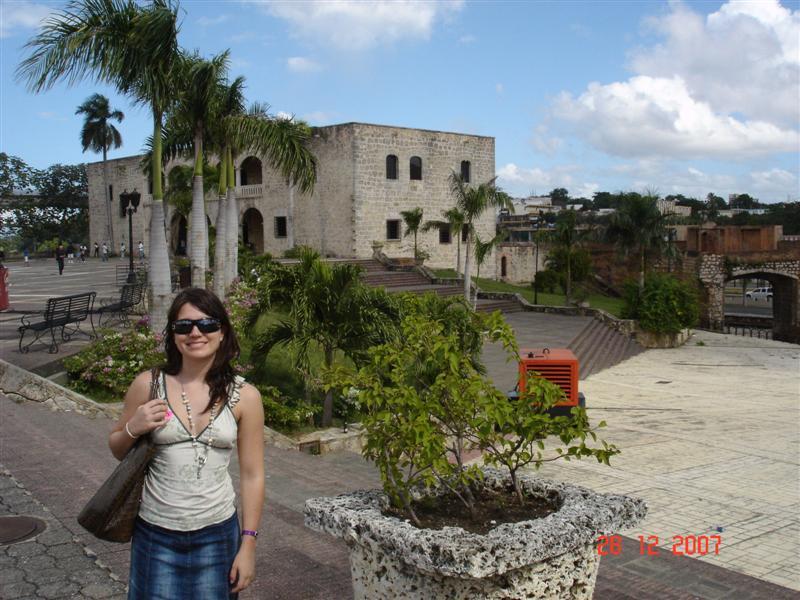 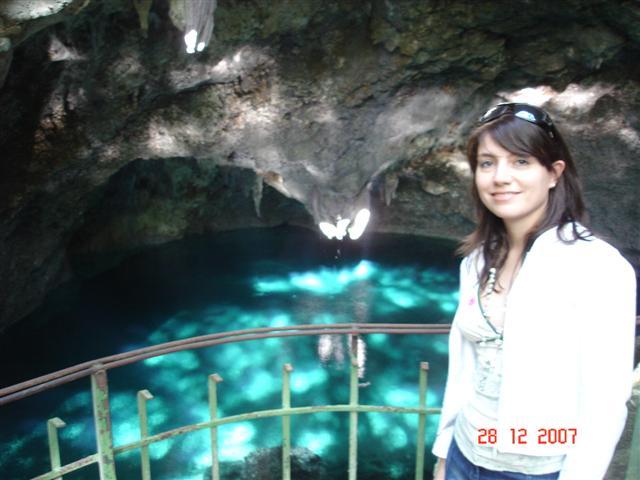 Los Tres Ojos: down its stairs is a set of caves and lakes whose crystal clear waters come from an underground river. The place was used by the Tainos in religious ceremonies. 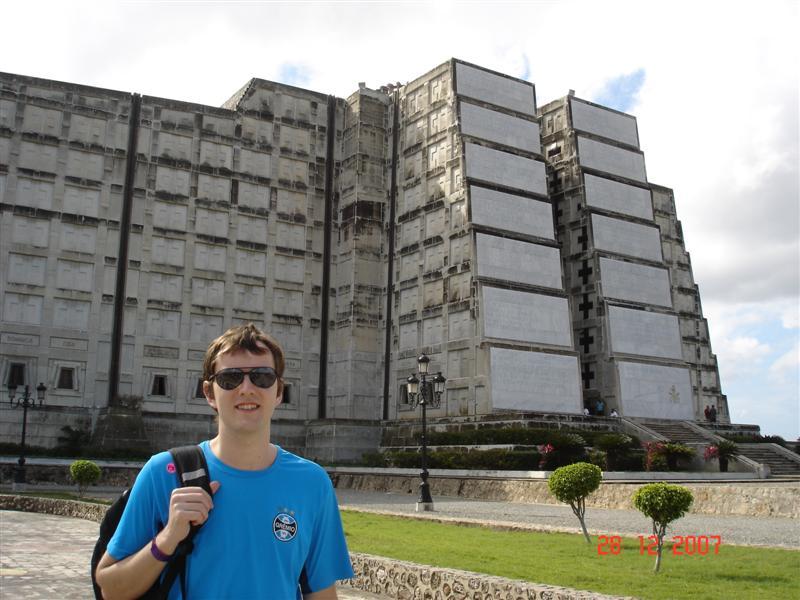 Faro a Colón – a cross-shaped museum where Columbus’s tomb is located. On holidays and weekends, projectors at the top of the museum form a cross of light in the sky of Santo Domingo 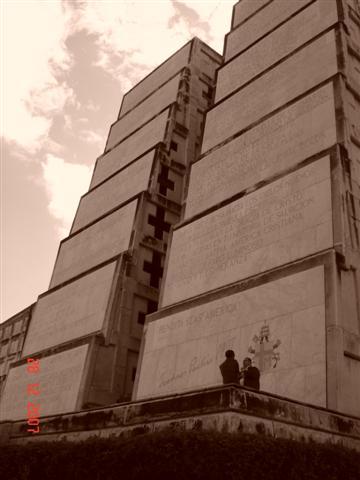 Photo of the main entrance of the museum 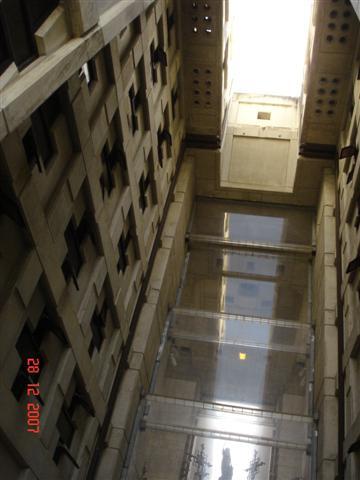 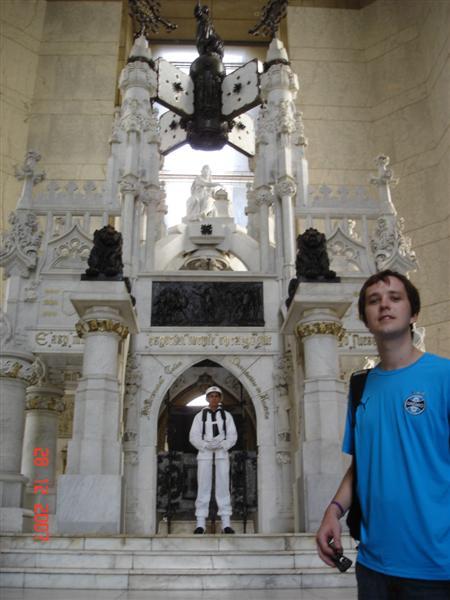 lIn the background, the tomb of Christopher Co 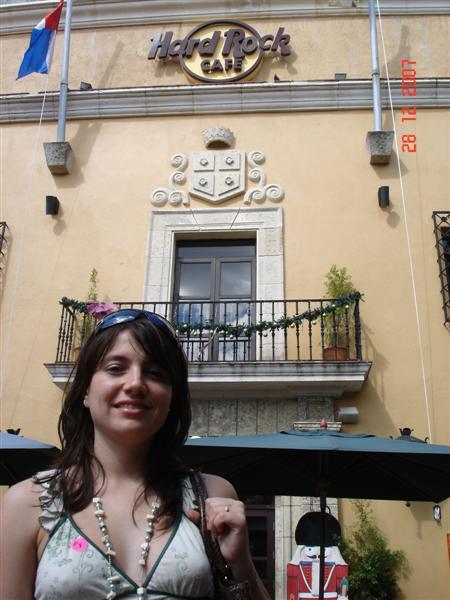 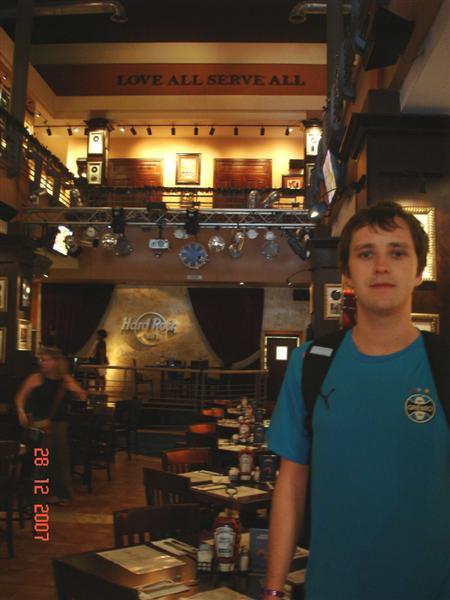 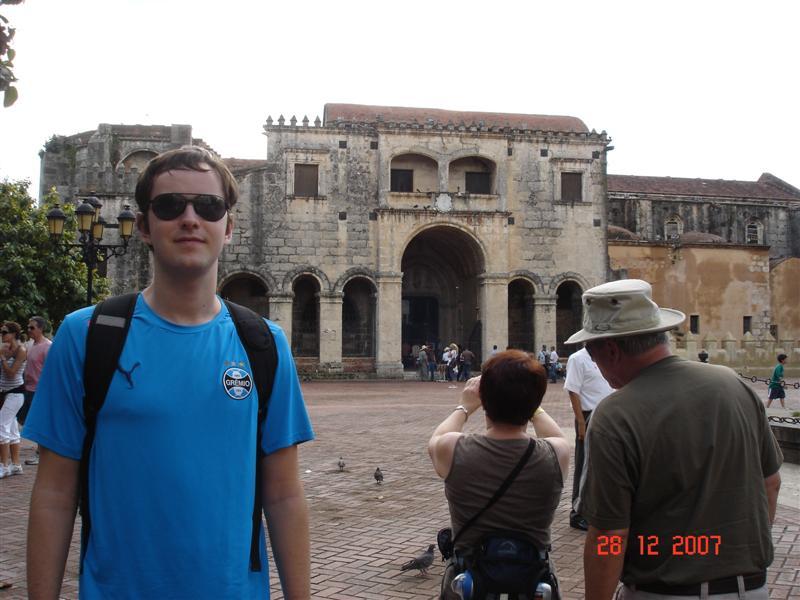 Catedral Santa Maria de la Encarnación, the oldest in all of America, began to be erected in 1514 and was completed in 1540. 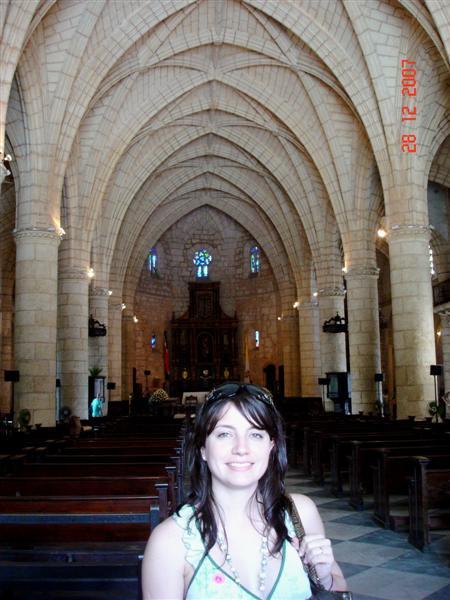 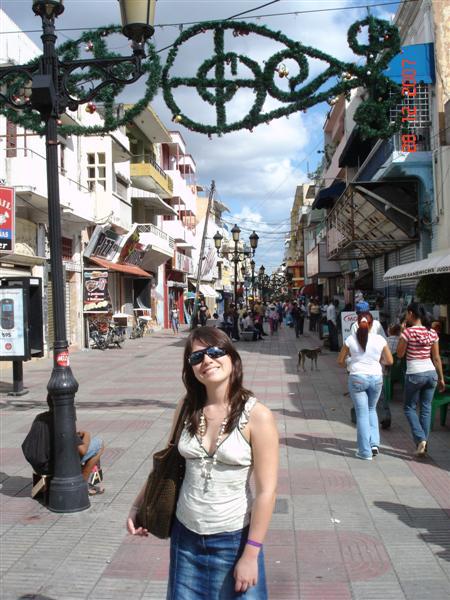 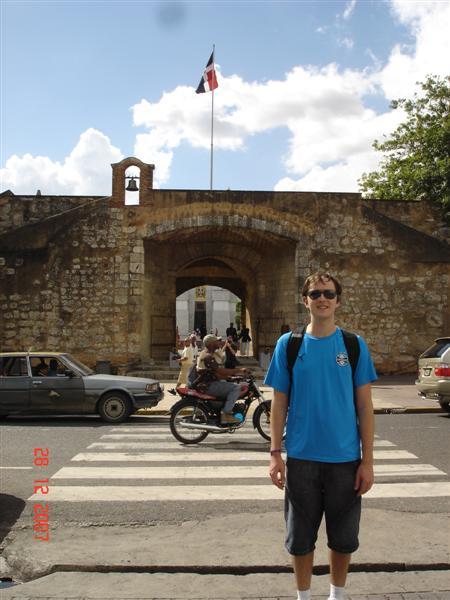 One of the 5 accesses to the walled coloni 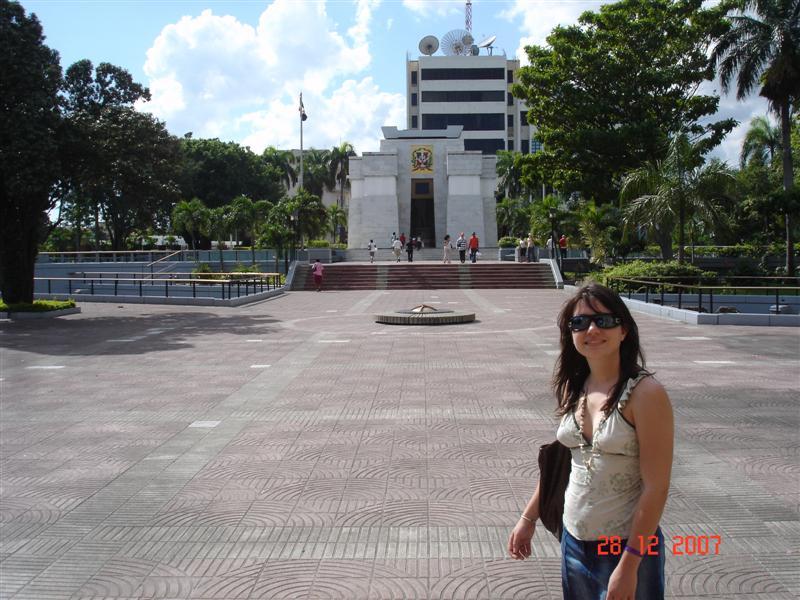 al cityWe found this memorial on our own, outside the tour, and consequently, we no longer remember the name… Hehe 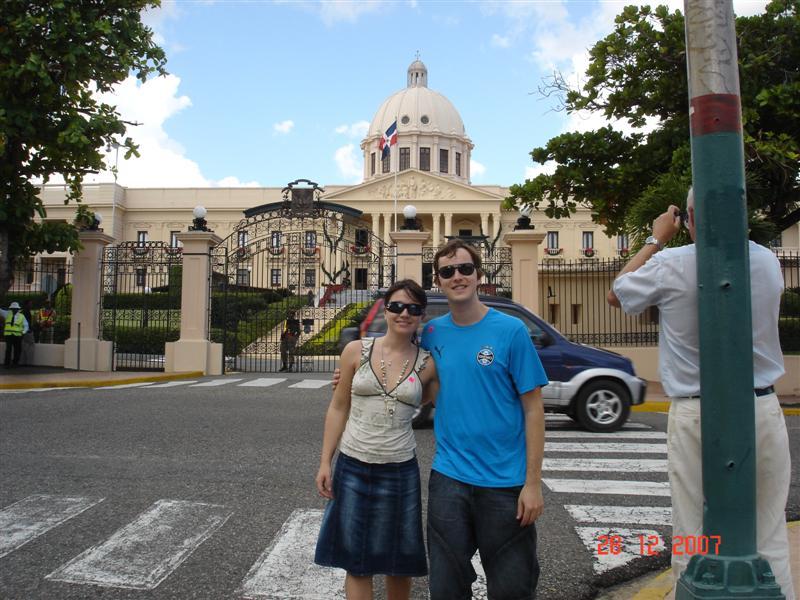 The seat of the government of Rep. Dominicada is a replica of the Washington White House in the color of the Casa Rosada in Buenos Aires. Nothing beats originality… Hehe

Trip to Negril in Jamaica