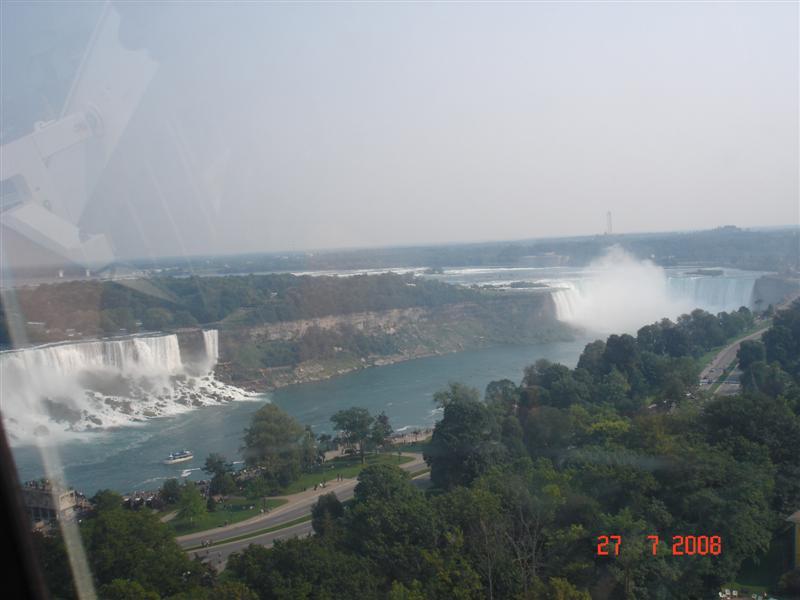 Hello guys!!
Just to record the other great weekend tour we went to Toronto, we went to visit Niagara Falls. The city is approximately 120km from Toronto and borders the state of New York in the United States. So on one side of the river we were in the Canadian city of Niagara Falls and on the other side we would see the American city of the same name.
The falls were formed from the erosion generated after the last ice age about 10,000 years ago (called Wisconsin glaciers). The massive waterfalls are divided into American, Canadian and Bridal Veil falls. The American Falls have already reached 52 meters high, but after a major erosion occurred in 1952, the fall of water decreased to 21 meters to the rocks deposited along the river. The Canadian Falls are the most extensive, with 792 meters compared to the 323 meters long of the American.
But in addition to all the beauty, the Canadian city is full of attractions for tourists, some of them are the wax museums, Ferris wheel with panoramic views of the falls, amusement park, restaurants, tours and games. 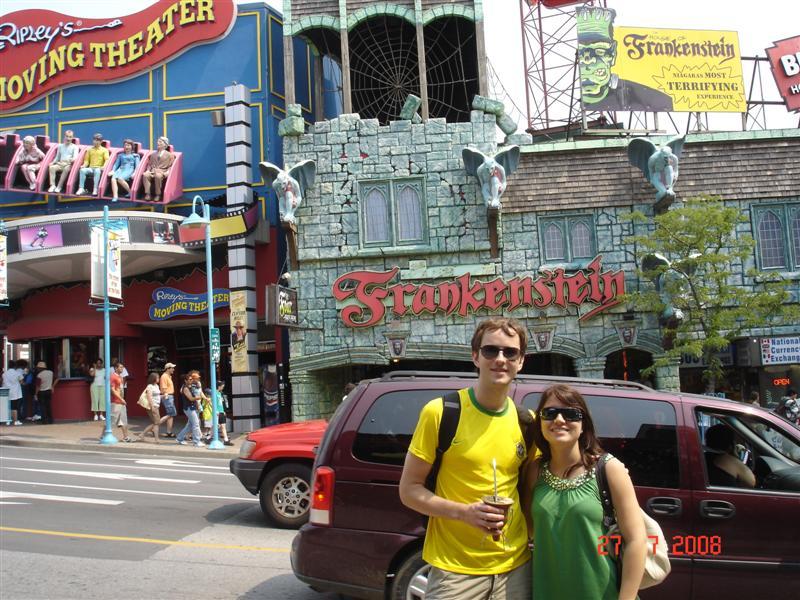 The streets of Niagara Falls – Ontario 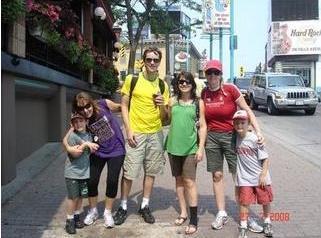 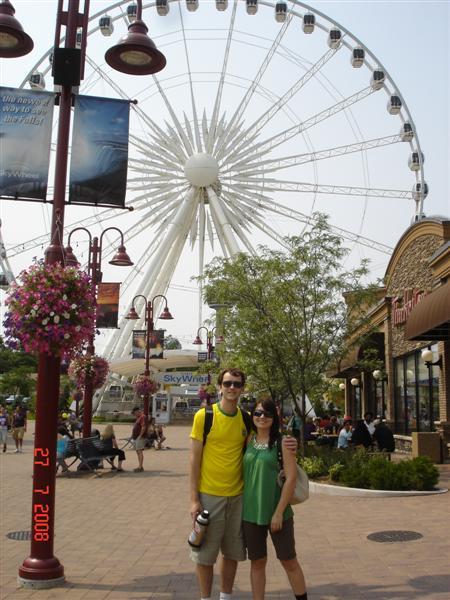 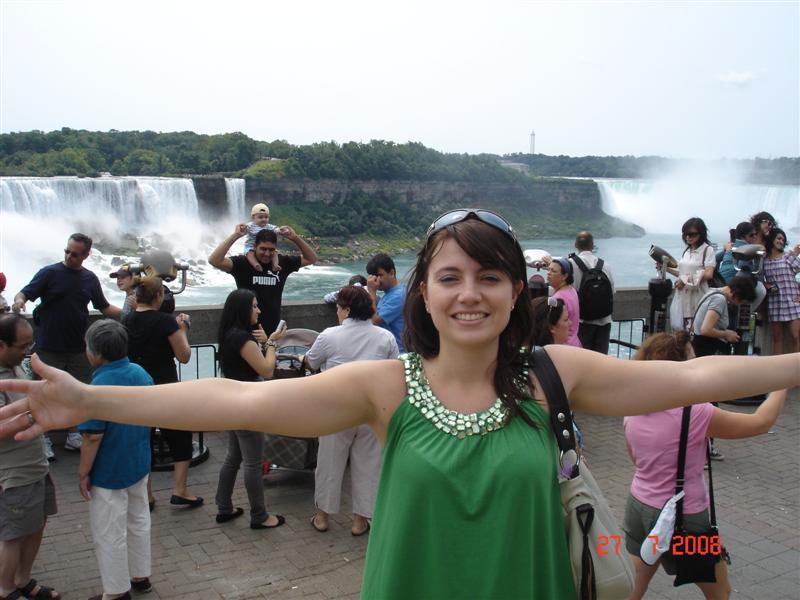 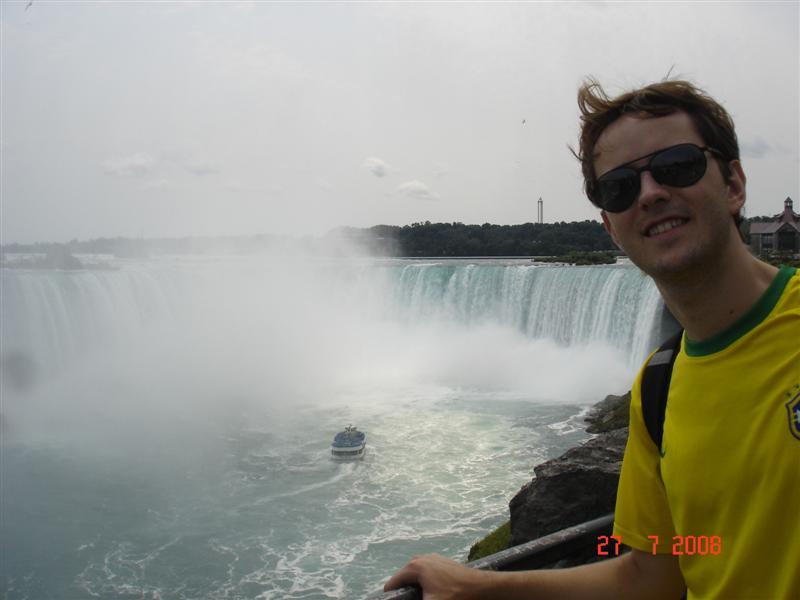 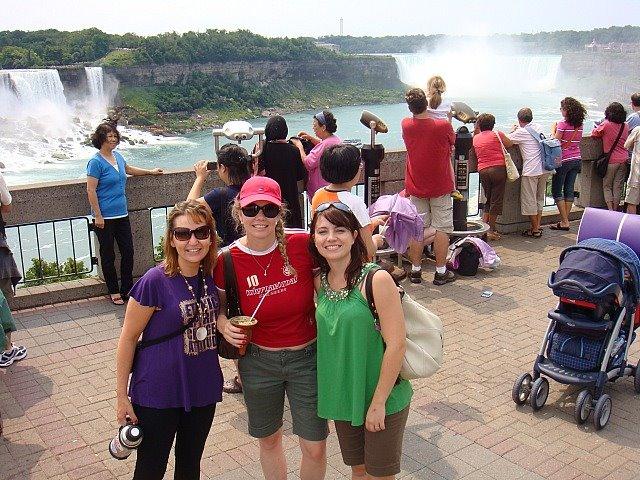 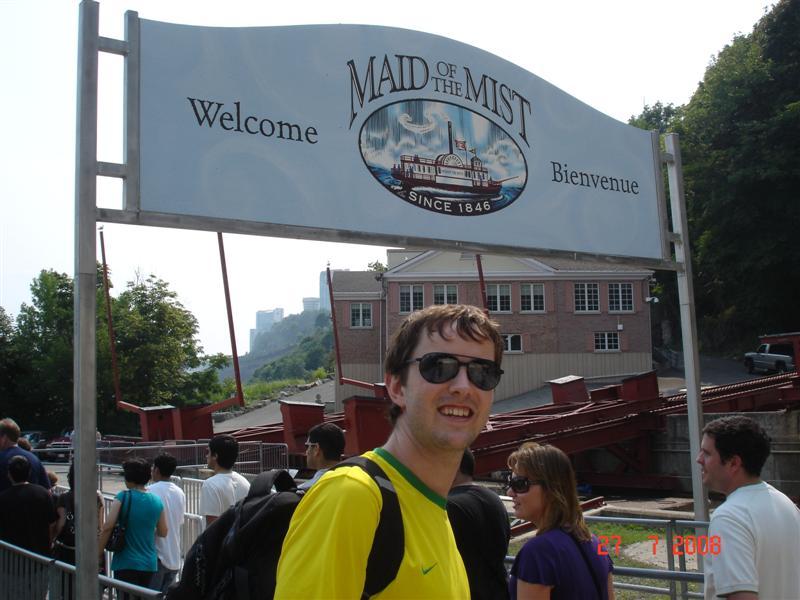 Entering the Maid of the Mist. The boats promote the “foot” tour of the falls since 1846. 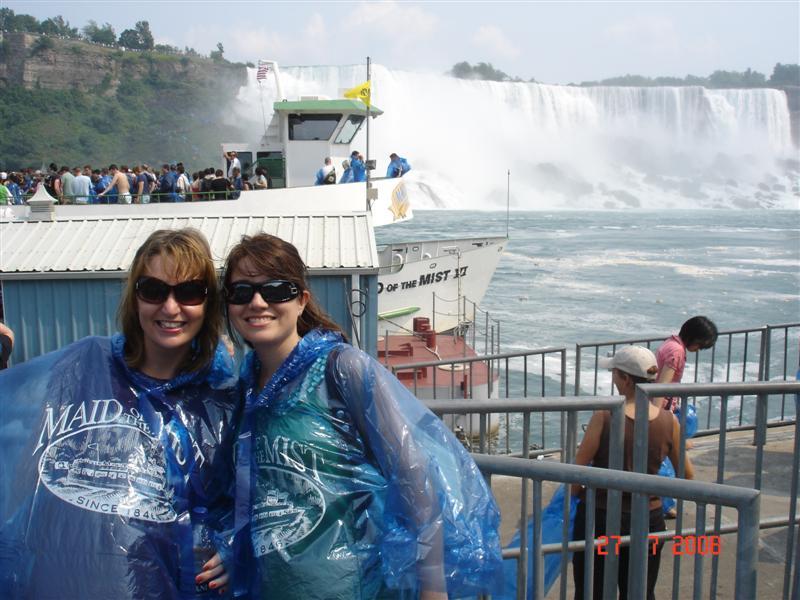 Me and Suzi before the bath ride. 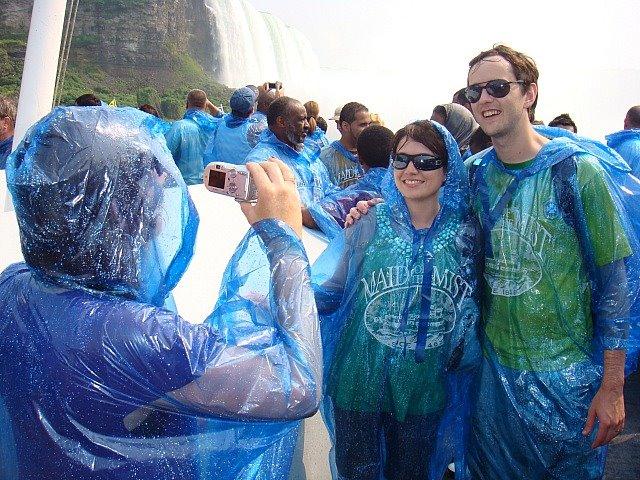 Me and Diego on the sidewalk… middle of the bath 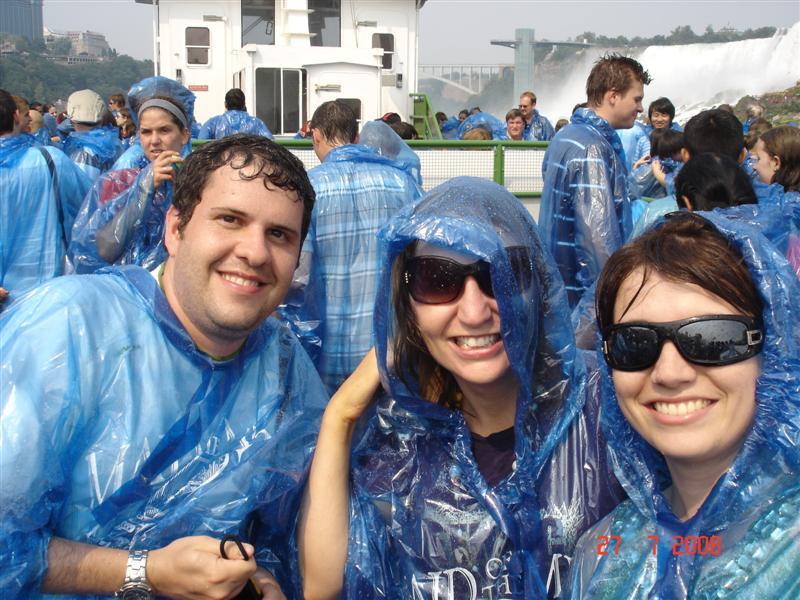 Bath taken but ride enjoyed with praise… Gadi, Suzi and I… 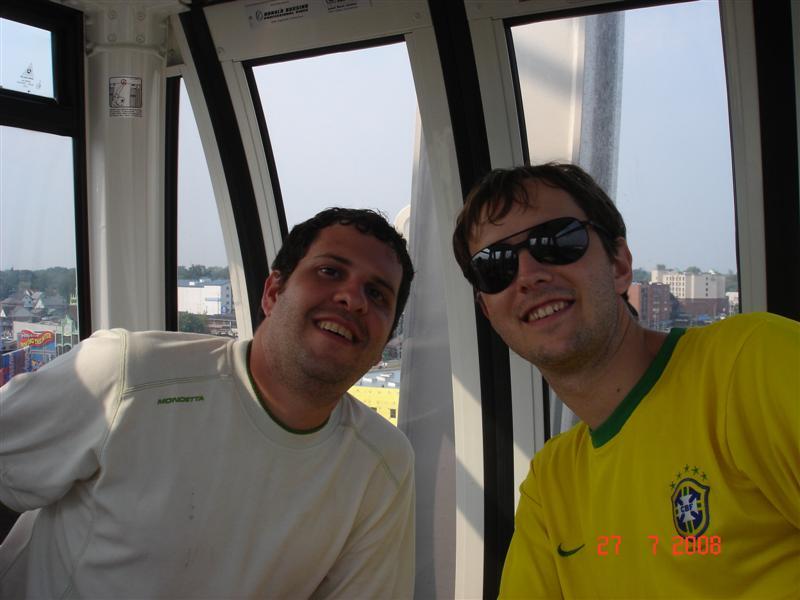 Gadi and Diego posing for photo on the Ferris wheel… 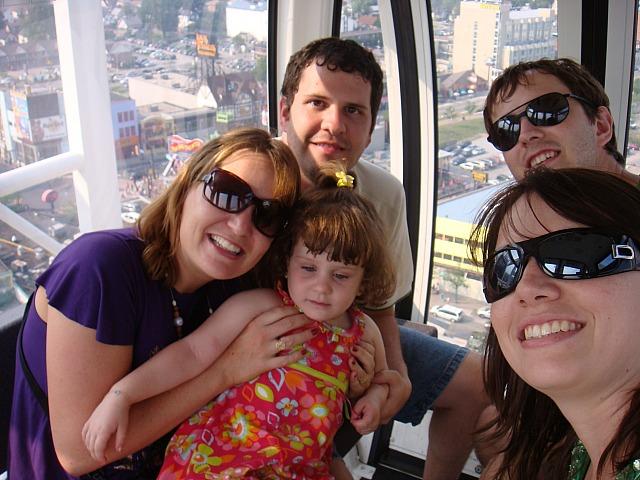 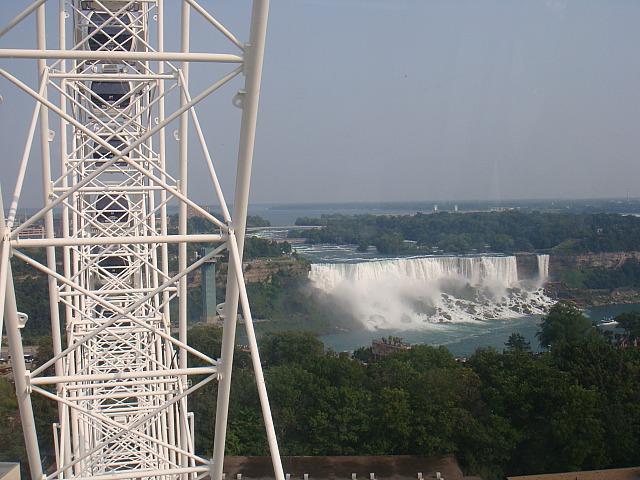 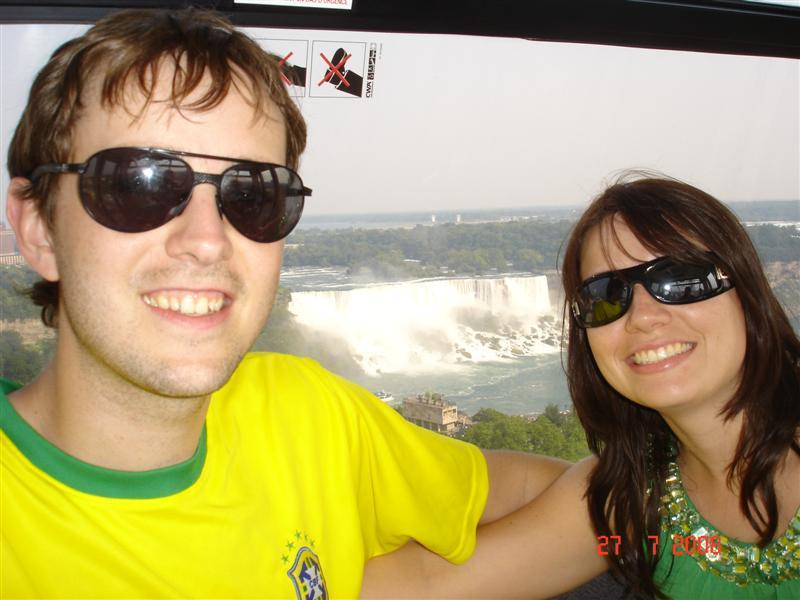 A big hug and a good weekend to all,
Adri