New York City – part 1
Week of blogging to flies for good reason, since we were traveling with Diego's parents. They arrived late Saturday in Canada and did the tours with Diego, who went to pick them up in Toronto (since our Eddie was getting hurt…)
Two days after their arrival here in Ottawa we have been to New York City and Philadelphia among other places and we returned yesterday (almost today) very tired, but full of stories to tell. The little more than 630 photos (just my camera), also has various stories to tell, but then we go in parts, because otherwise there will be an endless post … Hehehe
I also record here the due thanks to Giovana and Márcio, who were taking care of our puppies during our tour. Thank you from the heart saw!!
Well, for the record, from Ottawa to New York City it's about 700 km, which you can do in about 7:45. We left here at 6:30 a.m. on Tuesday to Newark, where our hotel was located (Newark is in New Jersey, next to Manhattan) and arrived there at 3 pm.
Soon after, we took the interstate train, between the states of New Jersey and New York (we had to pick it up every day to go to Manhattan, since we found more advantage to do this, trying to park in the Big Apple) and we took it towards what really mattered, i.e. , New York City. And boot little place always interesting to visit saw, but have to go prepared to face crowd, walk a lot and listen to Spanish (and also quite Portuguese) through the streets. So much Spanish that you can even forget that you are in the United States and to the point of not even having the English version in ads.
We then took the opportunity, in the late afternoon and early evening to stroll in the hyper-photographed Famosérrima Times Square and dine in a Brazilian restaurant (Via Brasil) there on 42nd street. Imagine you've rolled picanha and even feijoada.
Here are some pictures from the first day (noon): 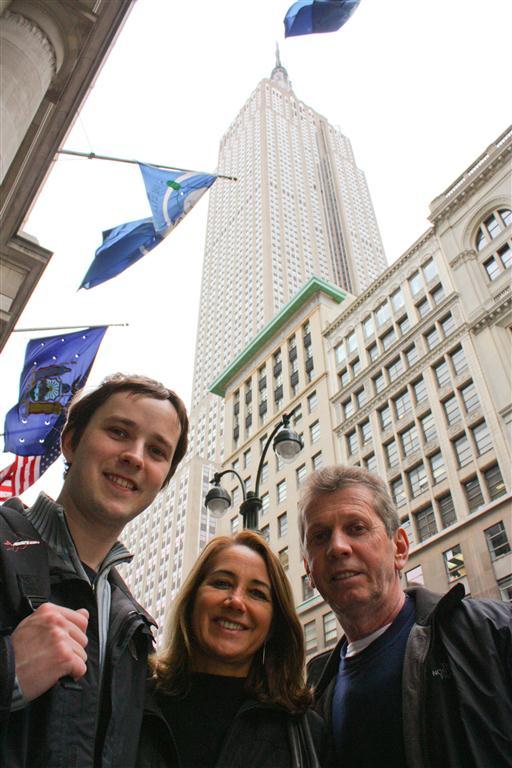 Empire State in the background 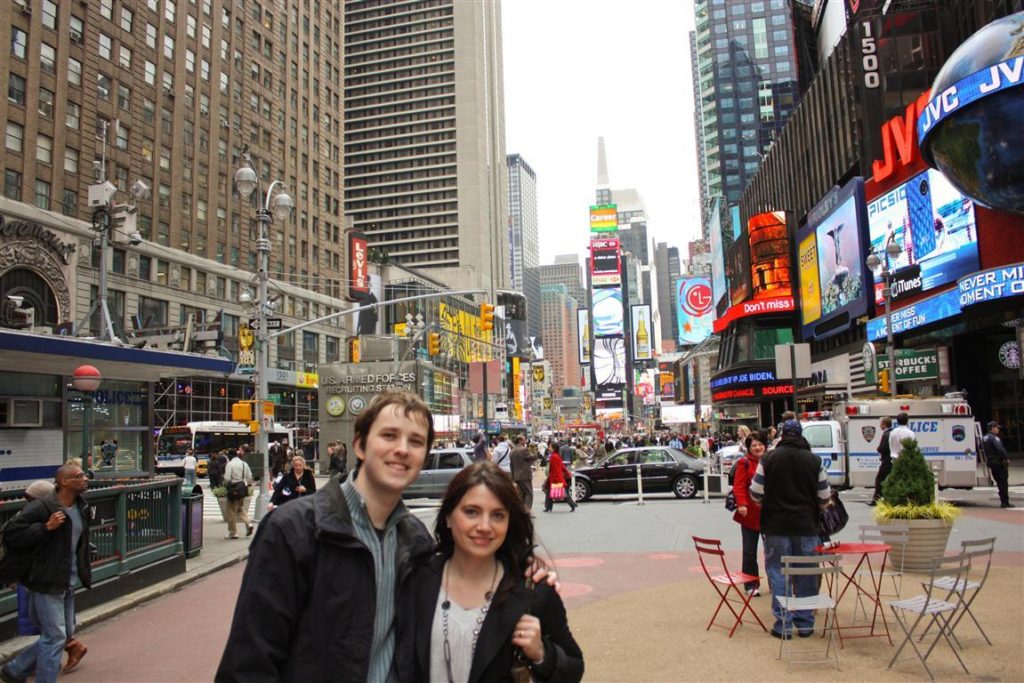 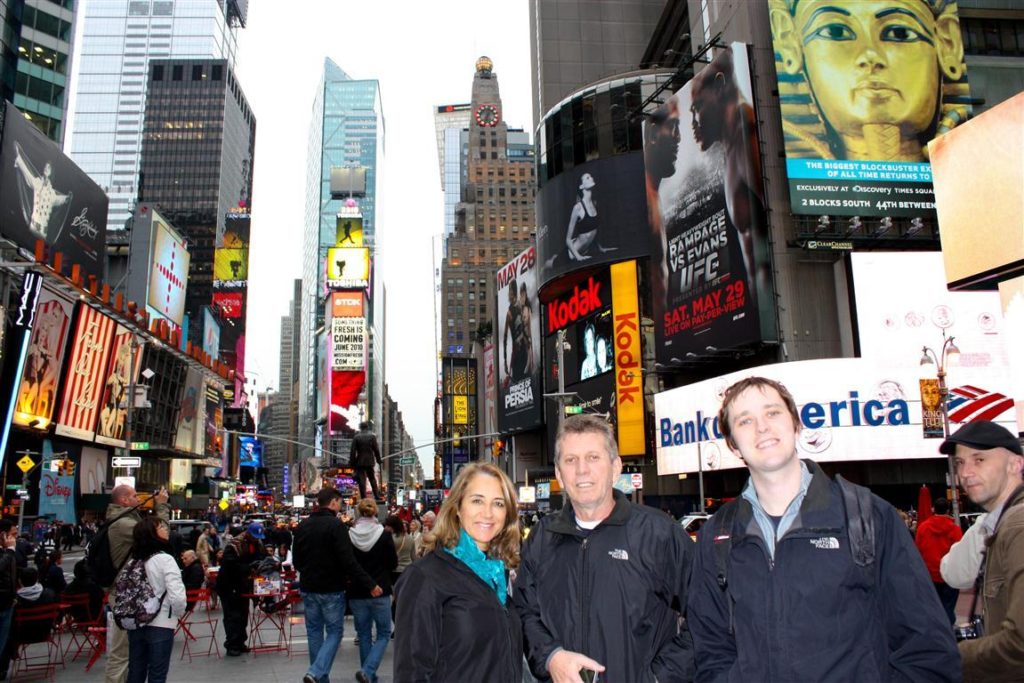 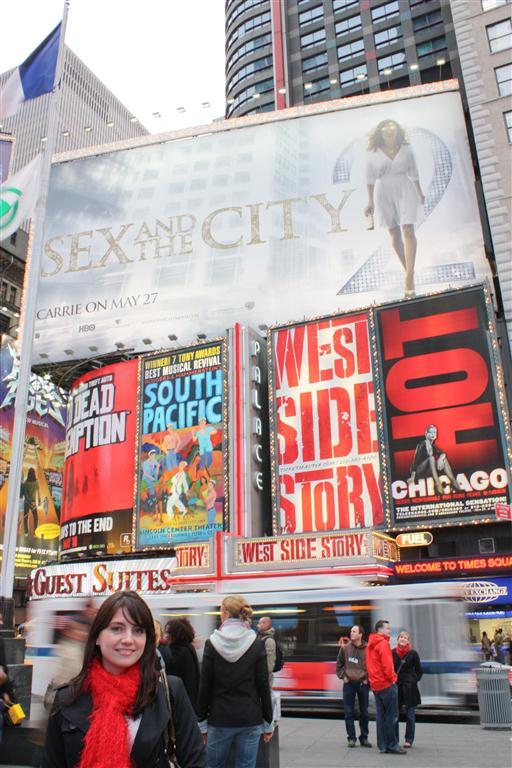 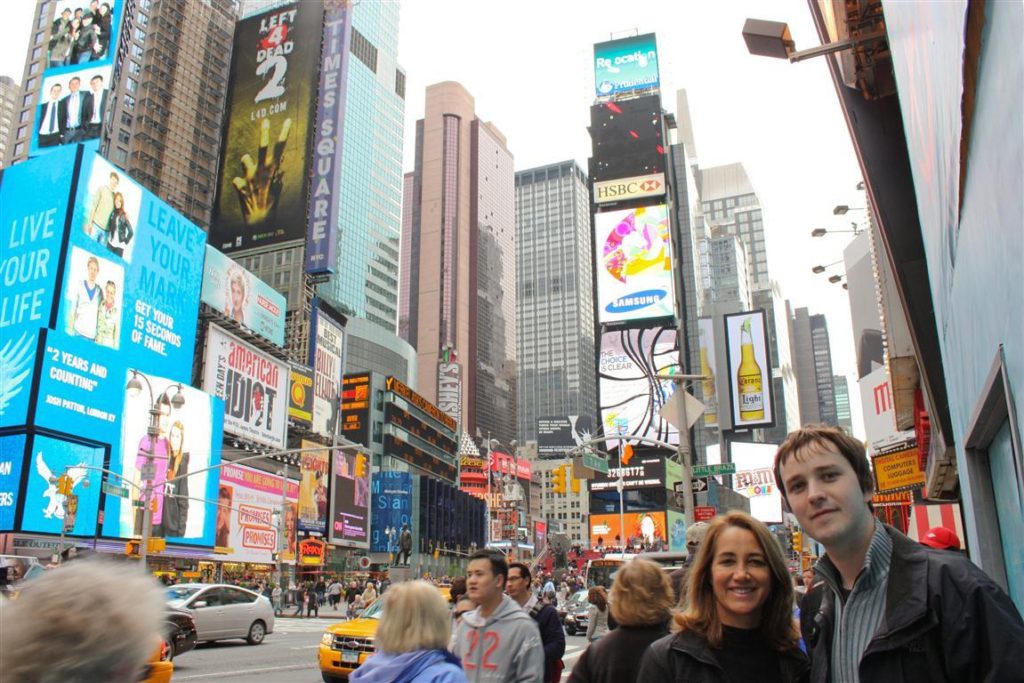 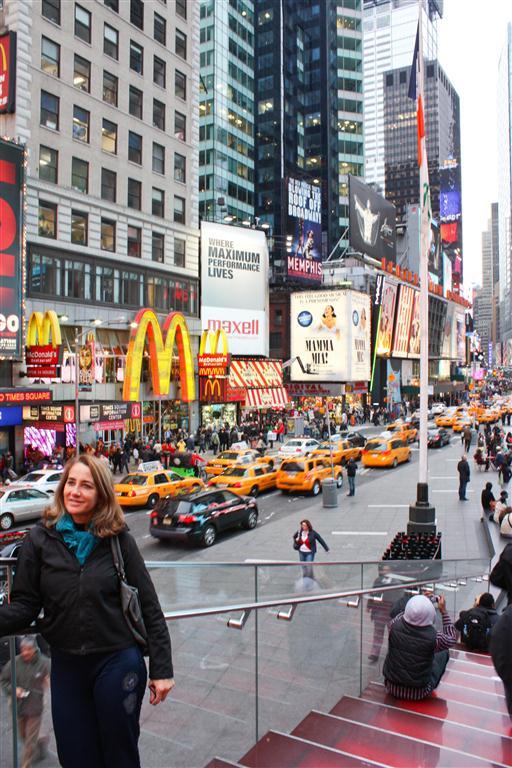 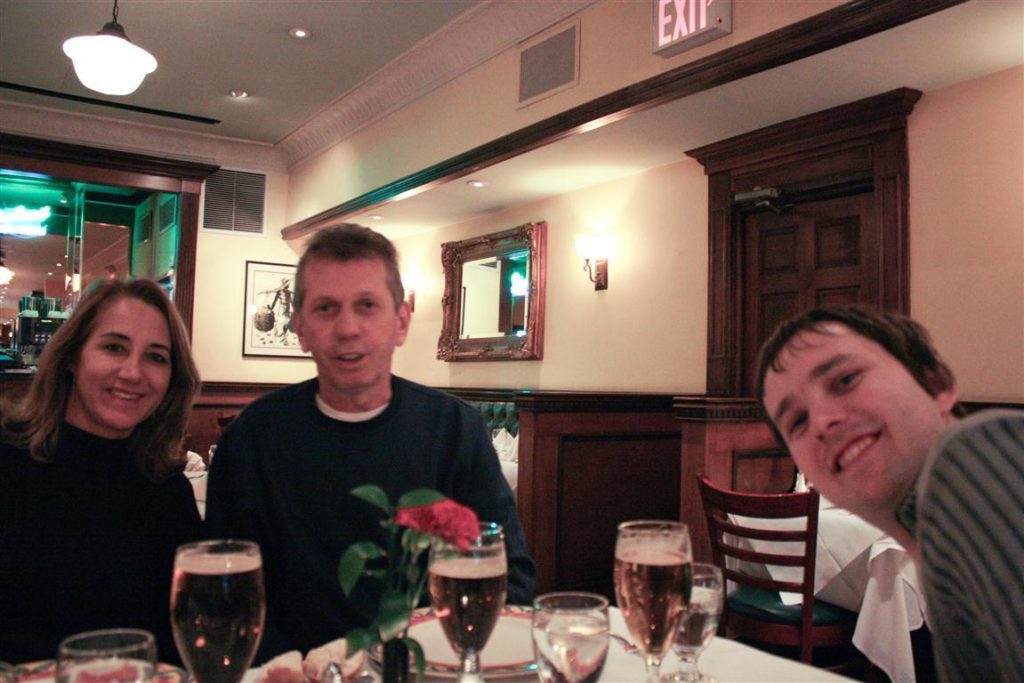 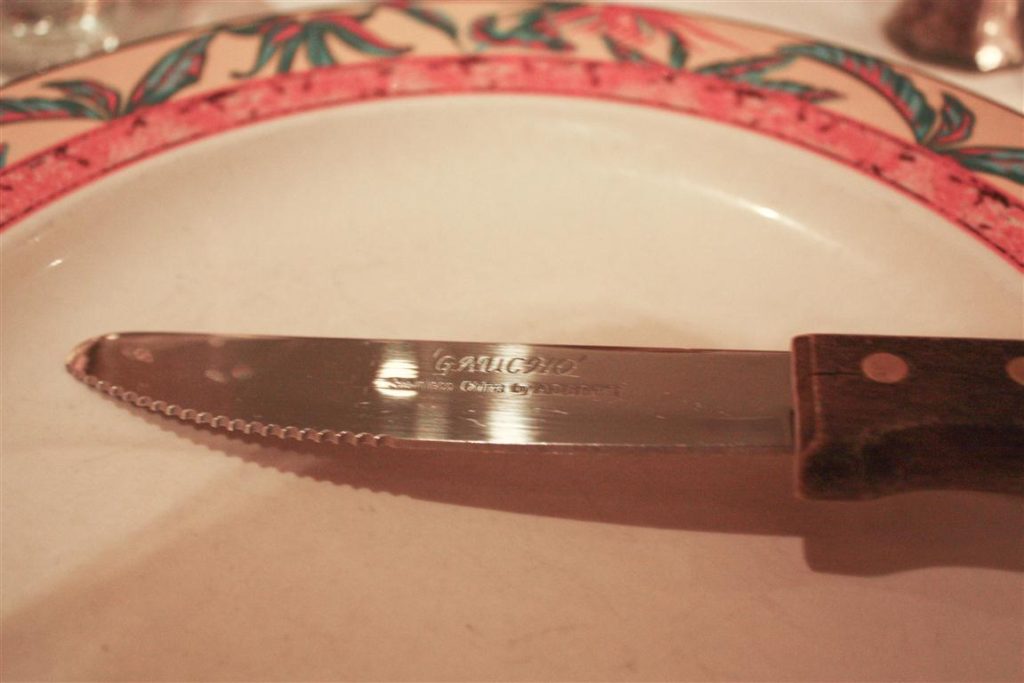 Knife for picanha… could only be gaucho … Hehehe 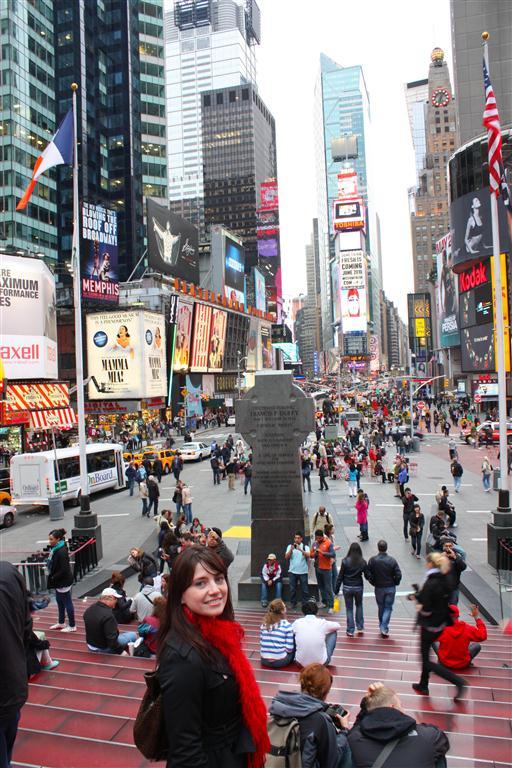 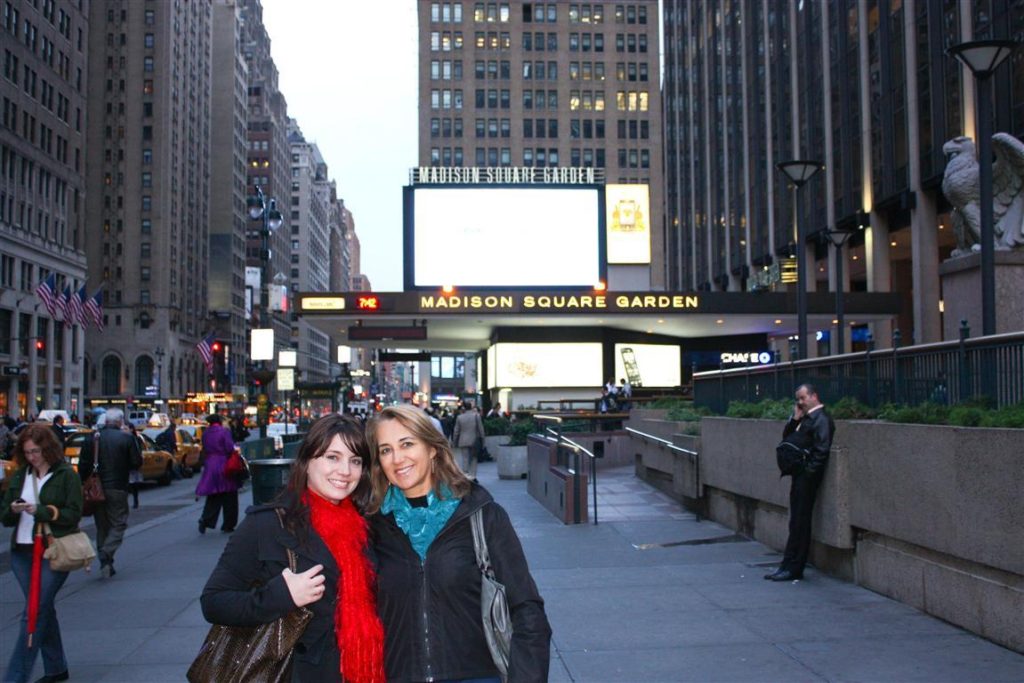 Below Madison Square Garden was our station (NY Penn Station) where we took the train to Newark.
Even guys..