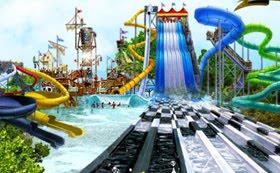 Saturday we went to the newly launched Calypso water park, which is about 40min from Ottawa, towards Montreal. They say it’s the largest in Canada so far and despite being smaller than Fortaleza’s Beach Park, for example, it promotes fun for the whole day.

Well, when we set foot in there, with Carol and Luciano’s company, we’re automatically 12 years old again. That’s on average, because in a few hours it looked like we had even less.  It was also funny to see people of all ages in swimsuits, down to earth and smile on their face. Even a family from Caxias de Sul, who lives in Montreal, we found in line at one of the water slides. Hehehehe

Well, I think there are a total of 10 different water slides (Carol and I only escaped from one and Diego and Luciano dispensed 3), in addition to the wave pool, current pool (tropical forest style), part children with a giant bucket (which we went… Hehehehe… well more than once) and more children’s areas.
Anyway, my adrenaline load and overcoming was totally exhausted, I’m going to take a while to get back to the normal level, and I’m scared to death of heights and the mixture of speed with that feeling of stomach in the throat, you know?!. But getting there, I thought I had to challenge my fears, hehehe, and I stared.
Result was a lot of laughter and shouting, in addition to cooling off and renewing energies, and we stayed from 11:40 to 6:20 there … It was quite busy, although the day was, although hot, very fickle, with periods of sun, cloudy and rain.
For those who want to know more: Calypso WaterPark 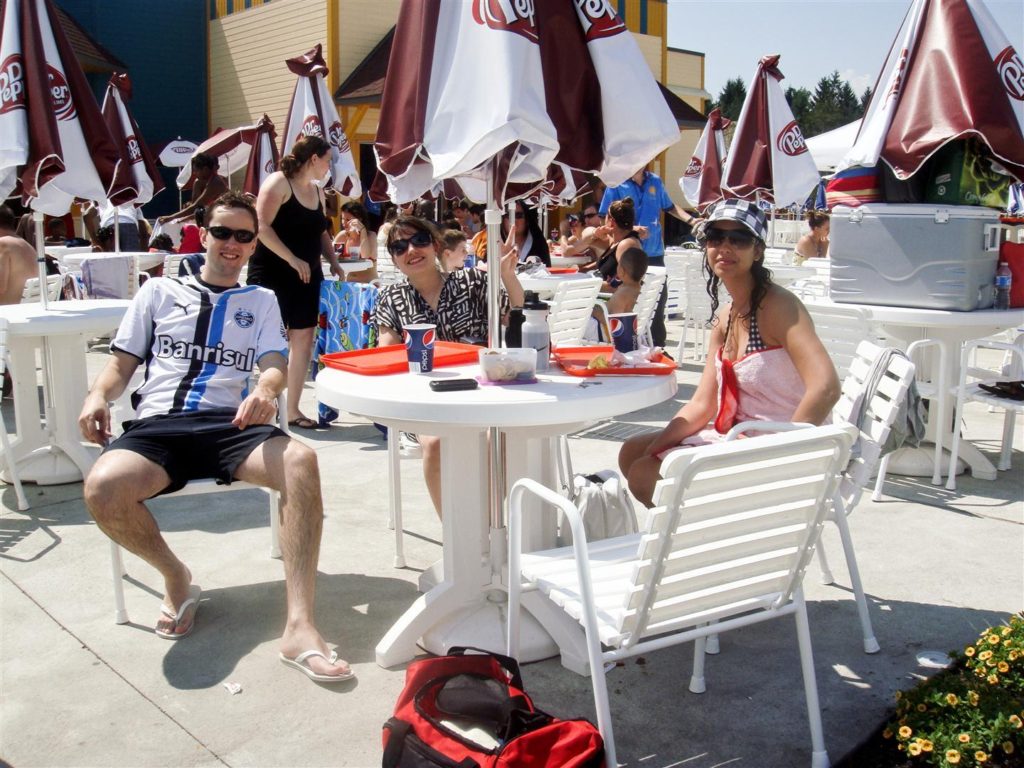 Break for a snack… 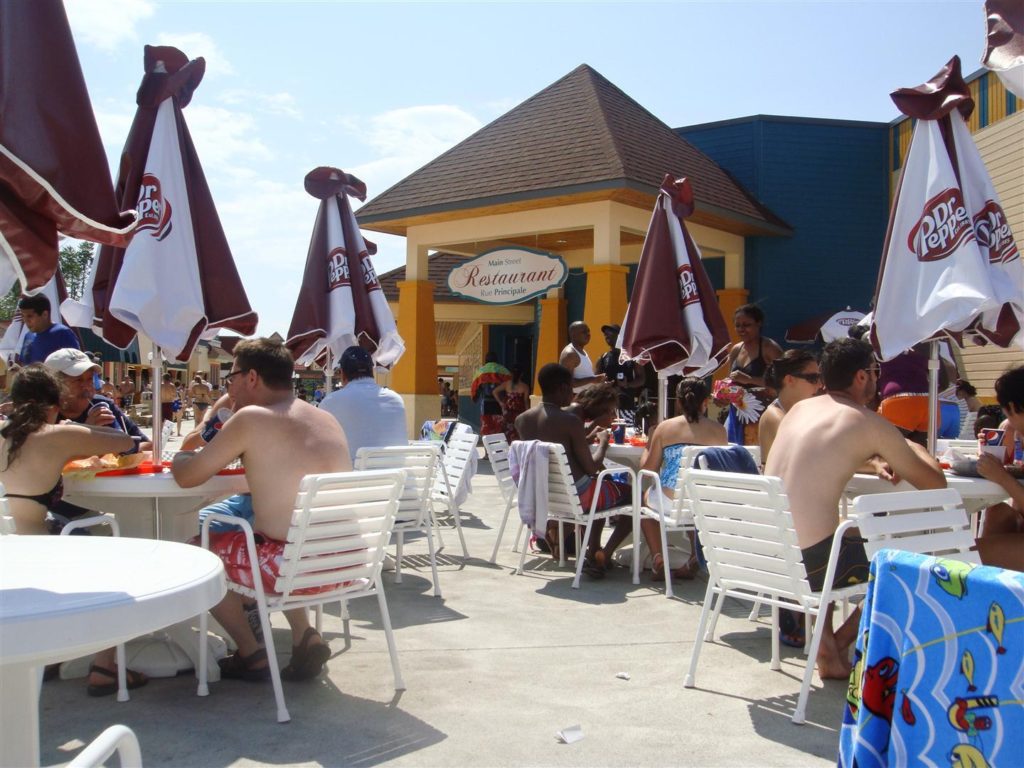 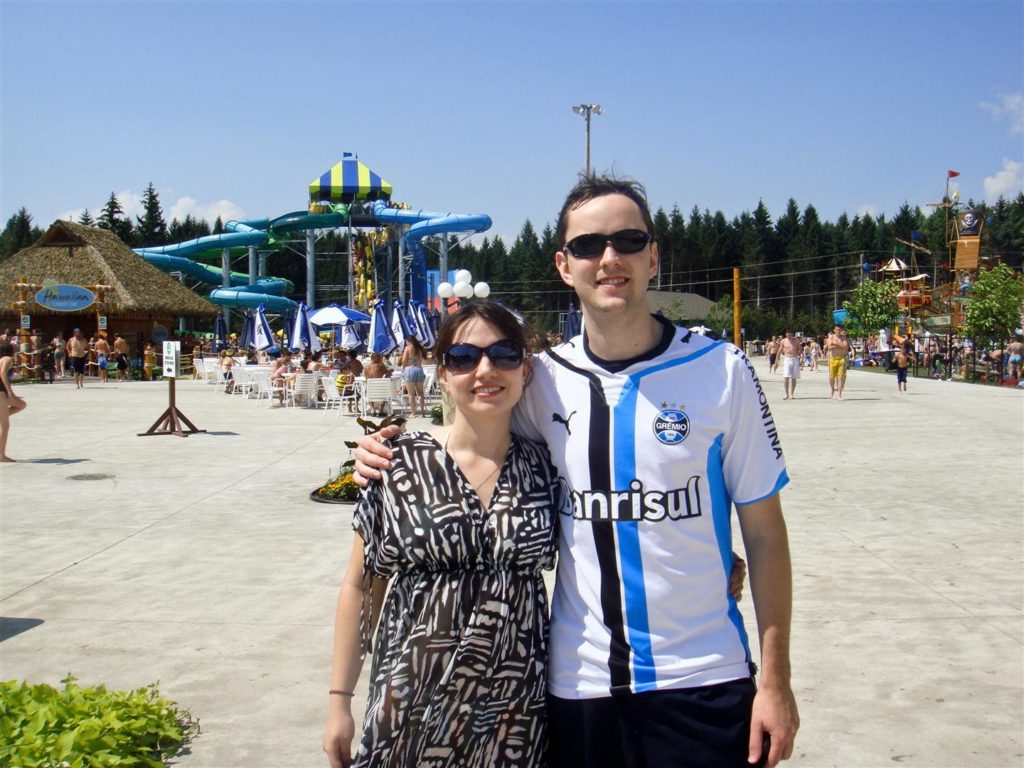 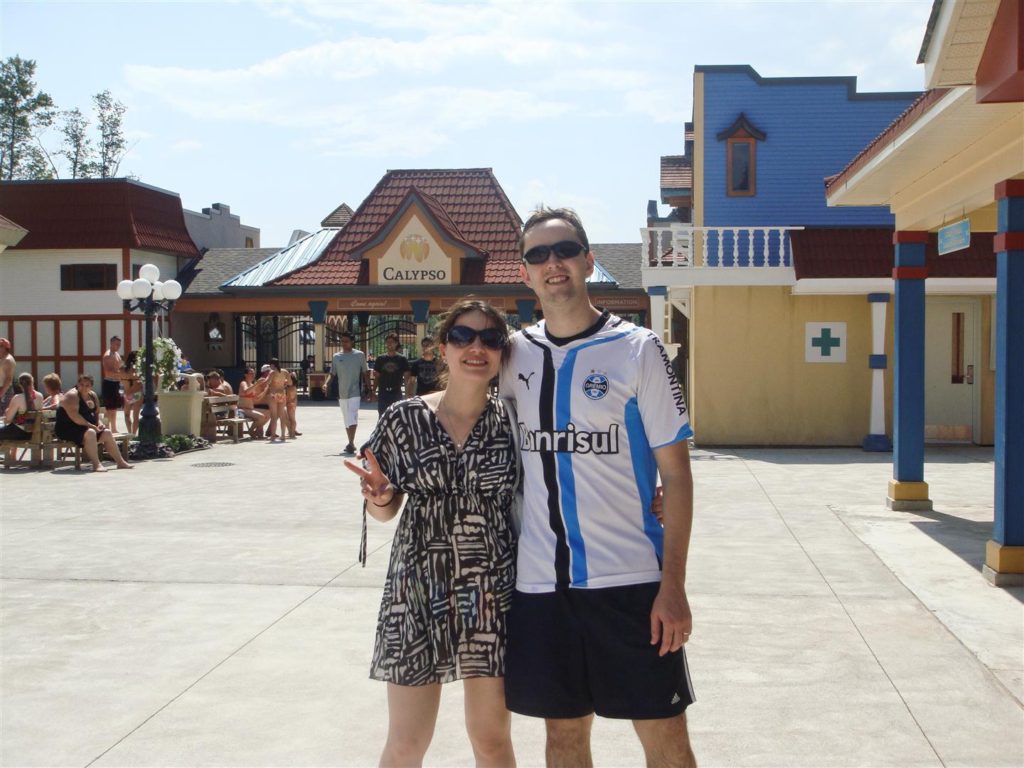