Yesterday was our 3rd Canada Day and as usual, we went there to Parliament to see the movement and be part of the crowd. This crowd is much larger than the other years due to the visit of the Queen of England (and Canada), Queen Elizabeth. We could not see it live and in color, just on tv, in the end it was not our intention when we decided to go to parliament once again.
And today, right, my people, Brasilzão out of the World Cup, eita! Before the World Cup began, I was super uninformed of the team and, I confess, without much hope that they would make beautiful. After the games started I was even confident, but ended up going that way and known way, at the time of the squeeze they can not take the stride … but anyway… now it's headed for 2014! 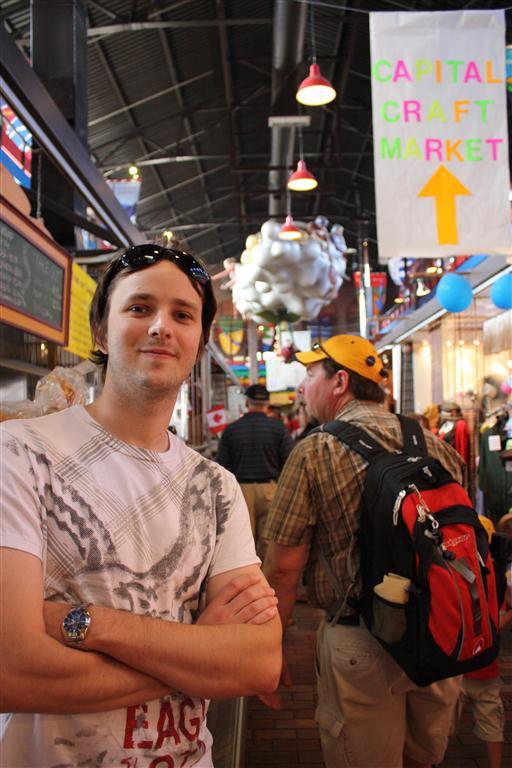 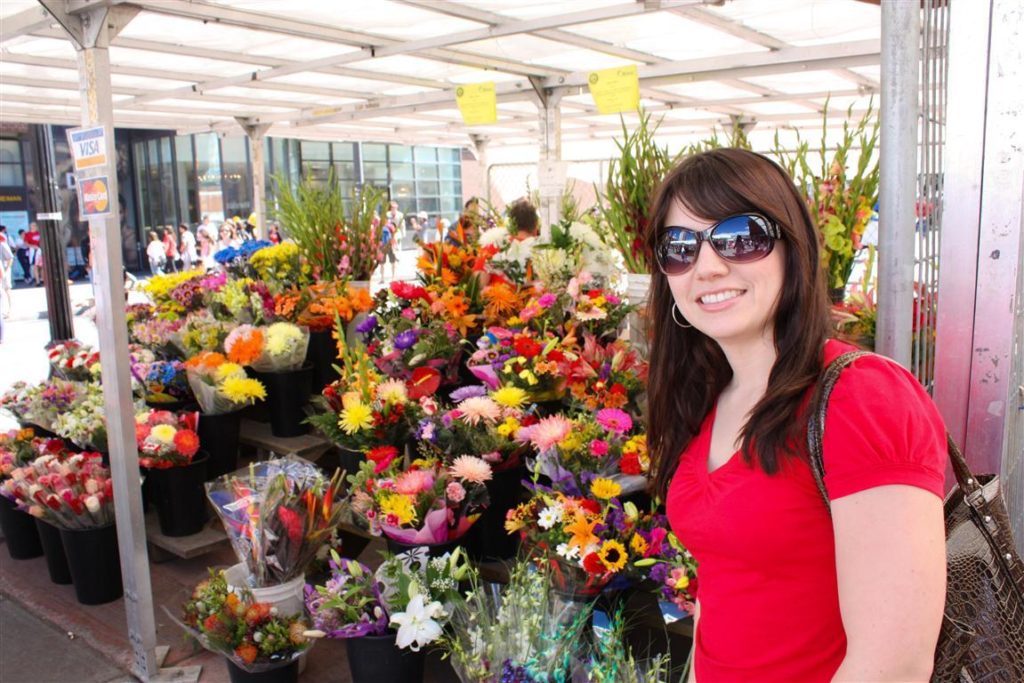 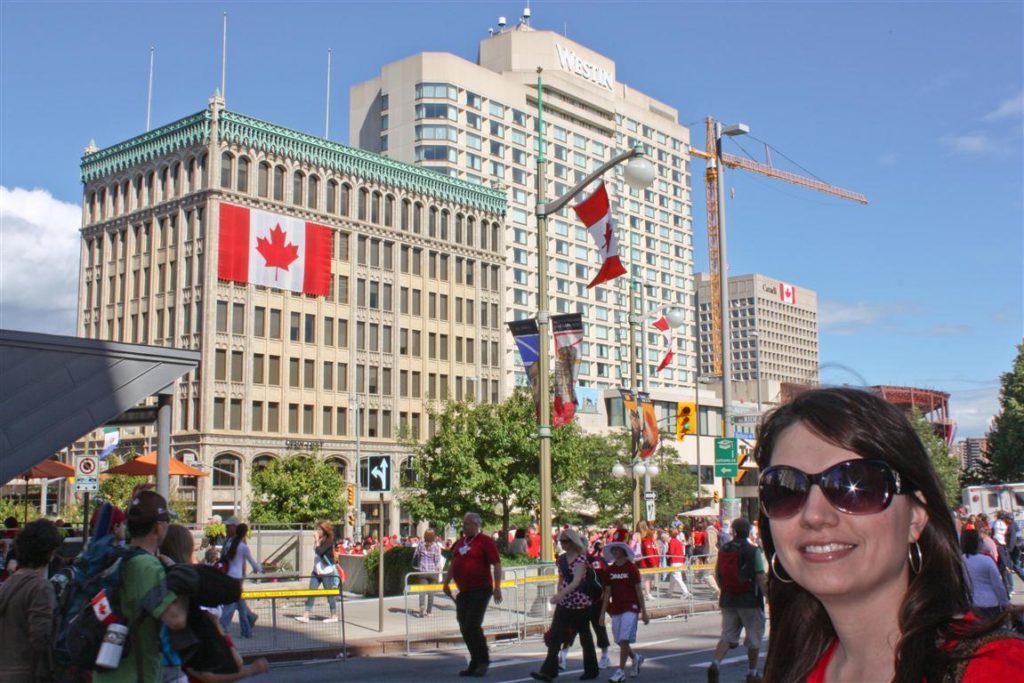 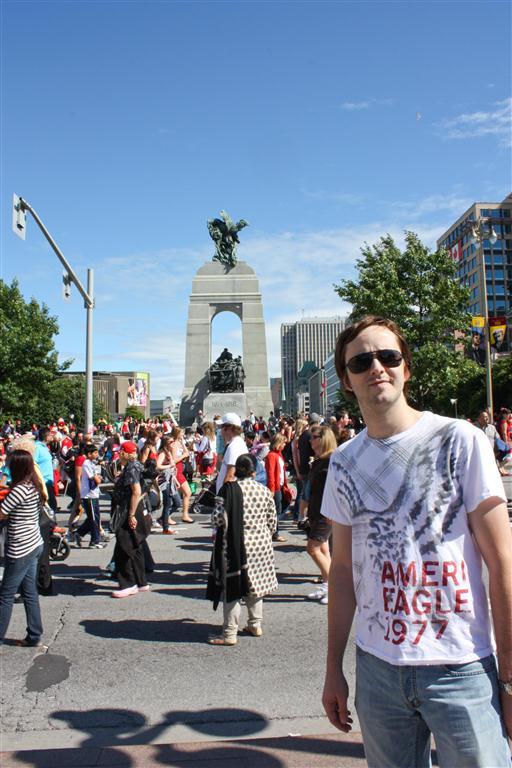 People of all things singing… 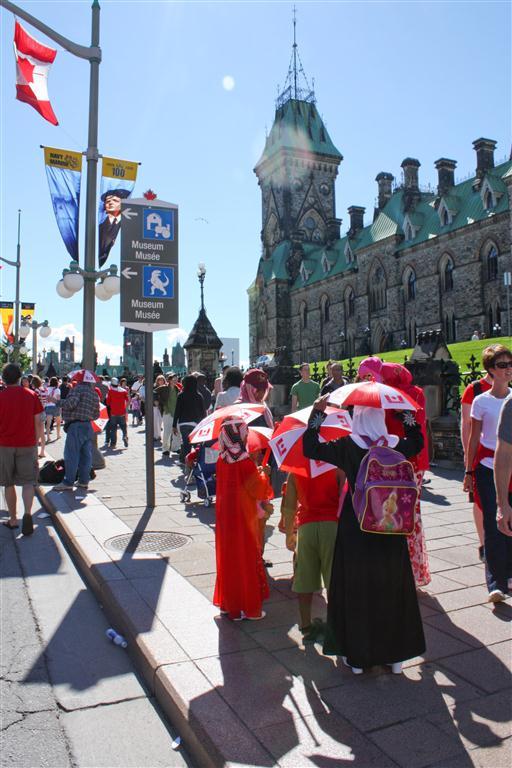 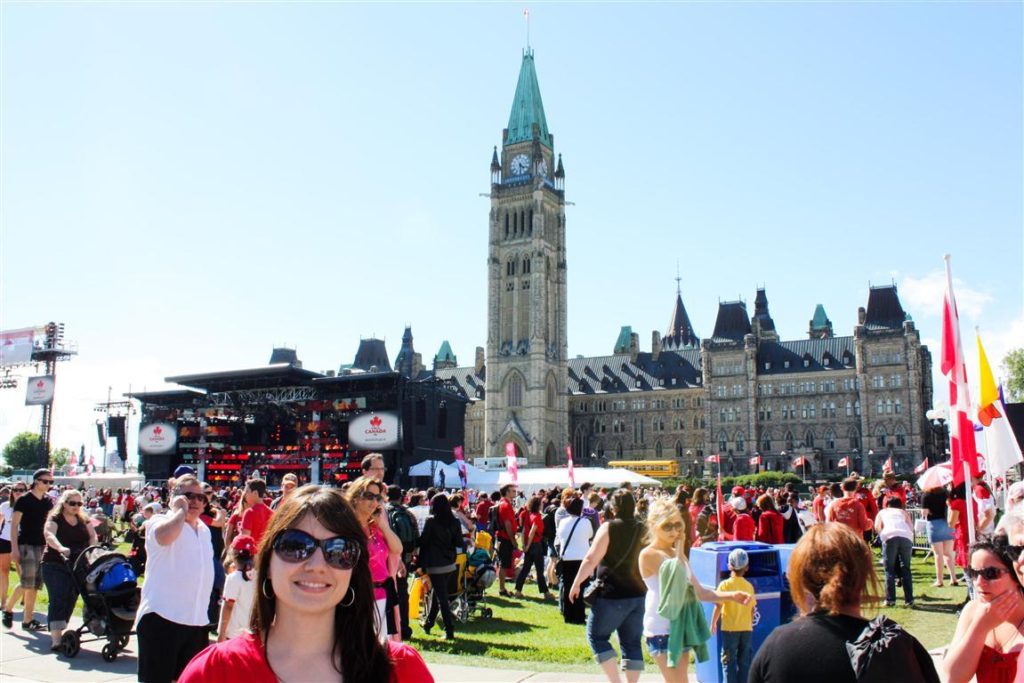 Stage in front of Parliament 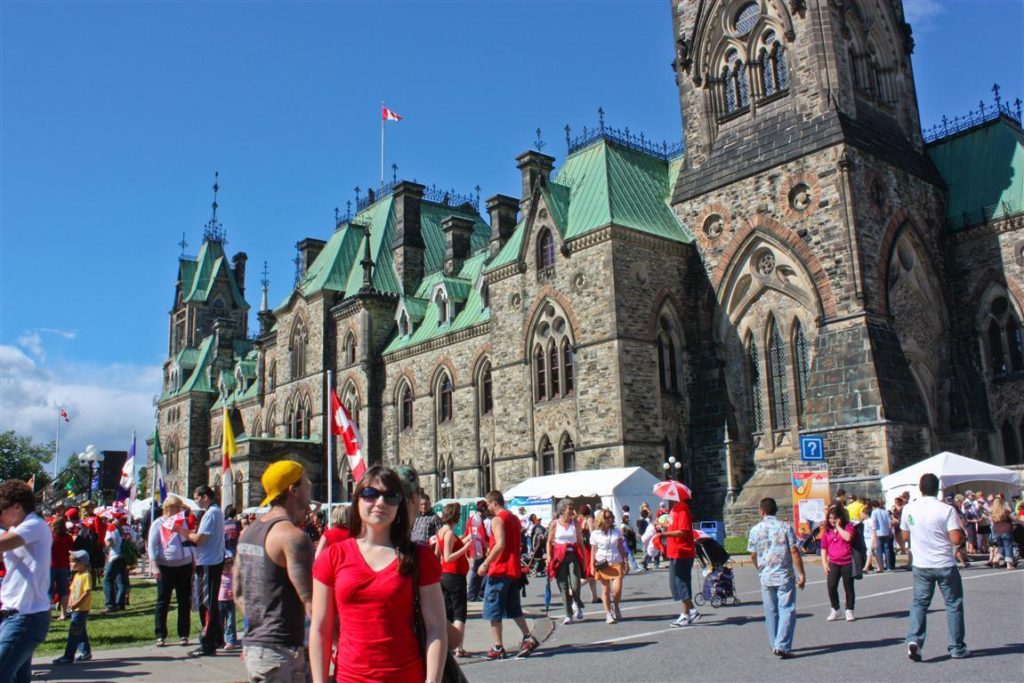 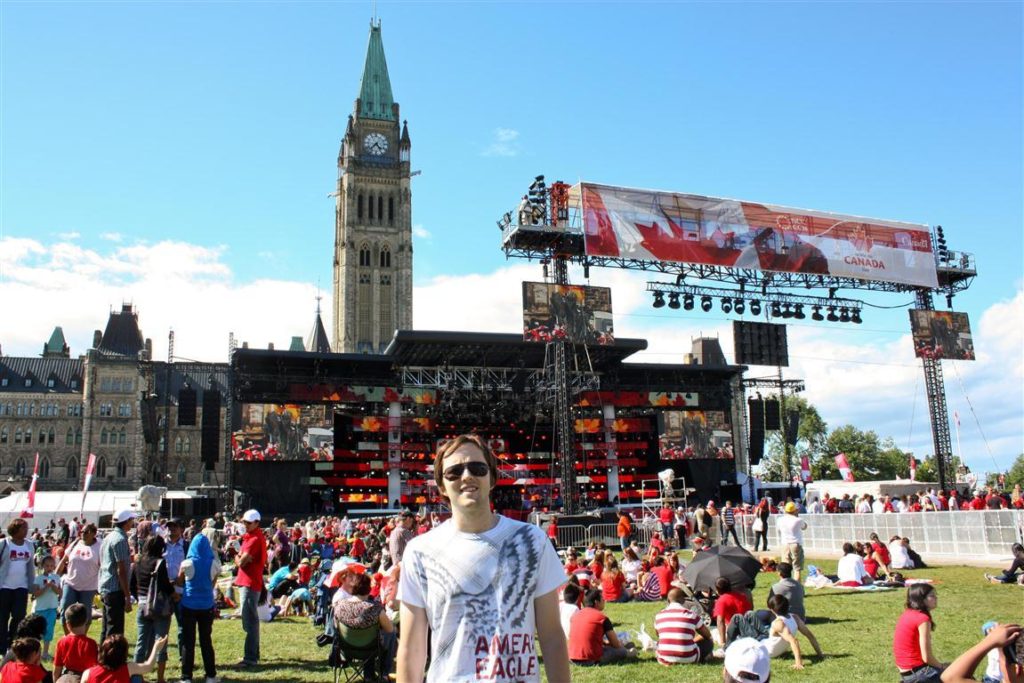 One more from the stage 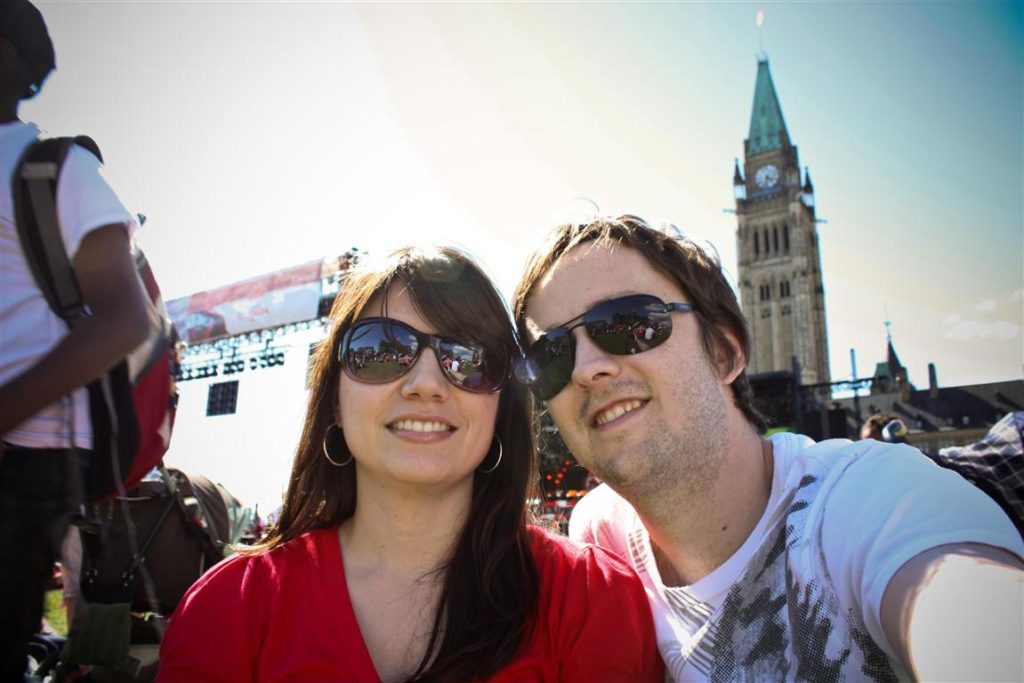 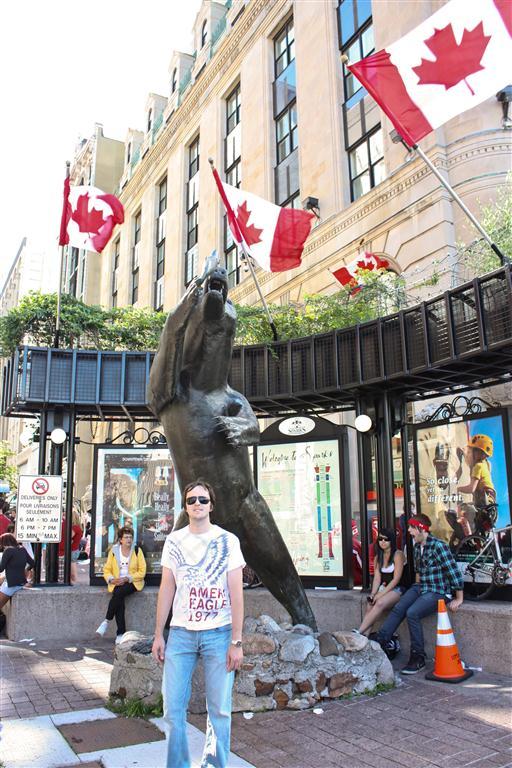 At the beginning of Sparks St 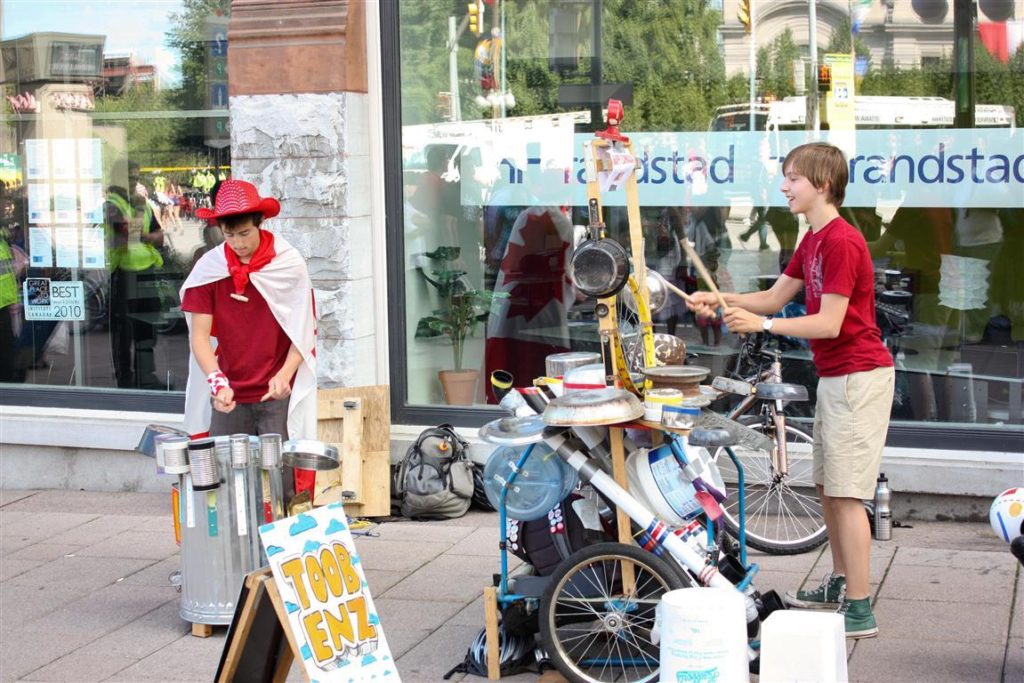 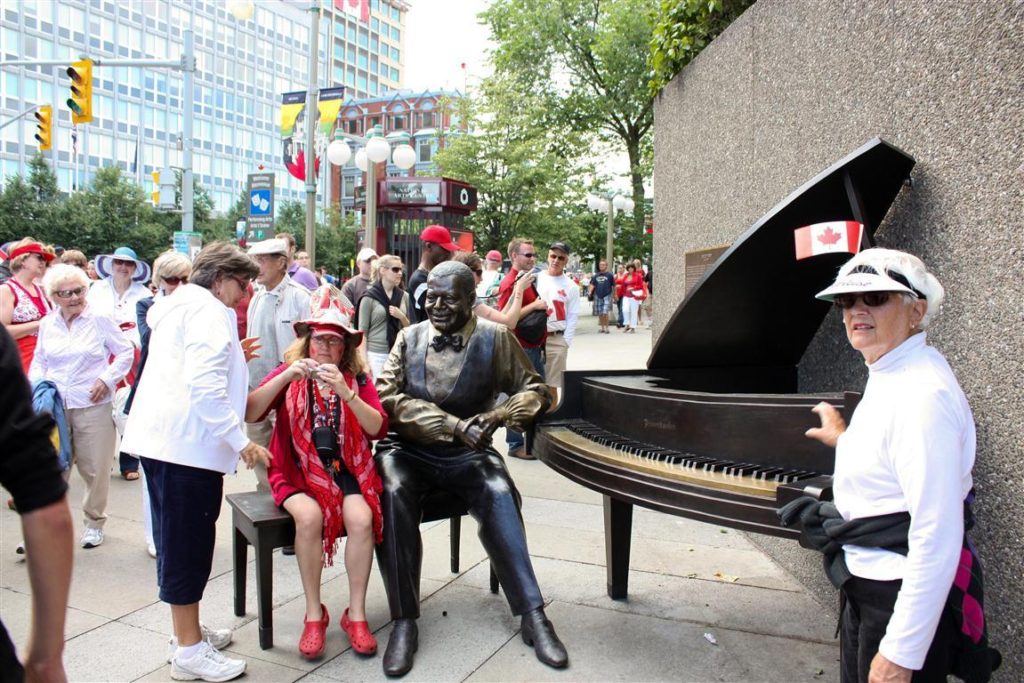 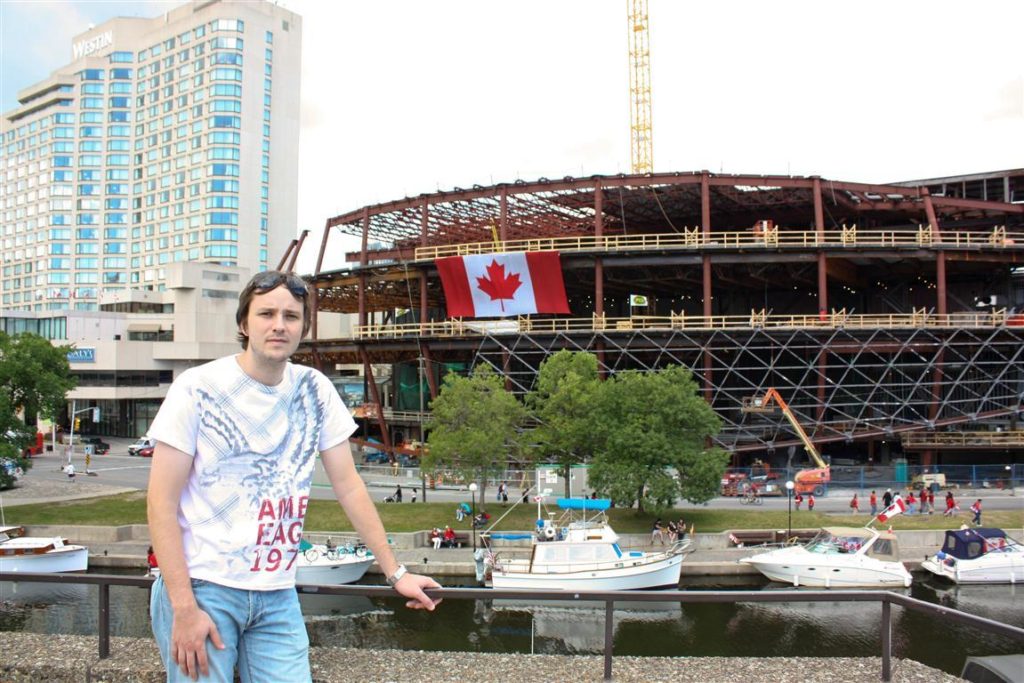 The Rideau Canal and the Convention Centre (under construction) 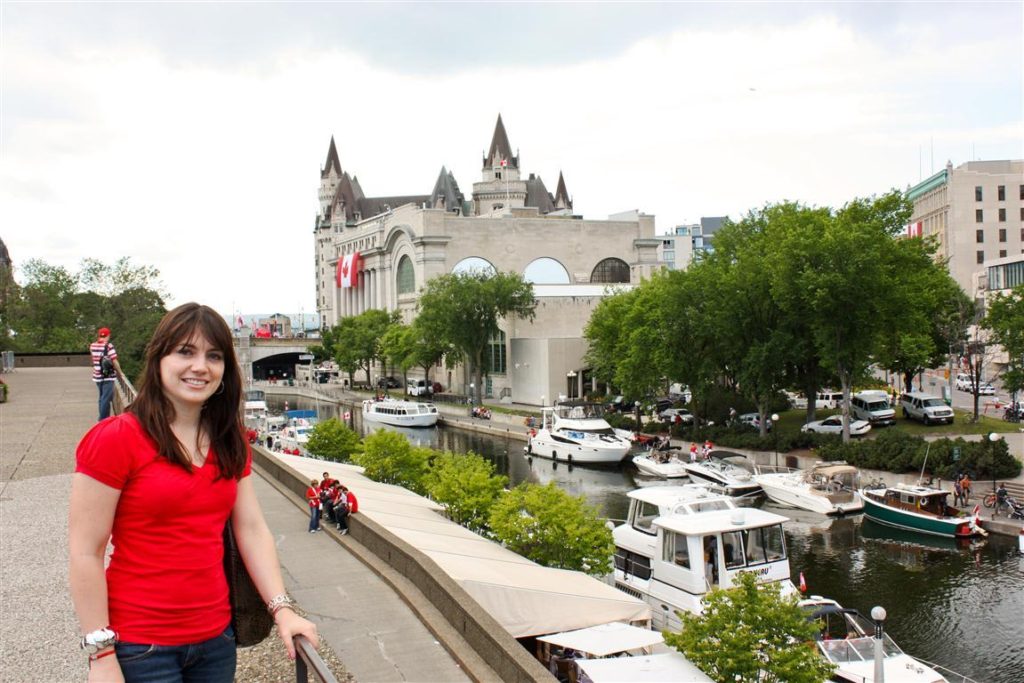 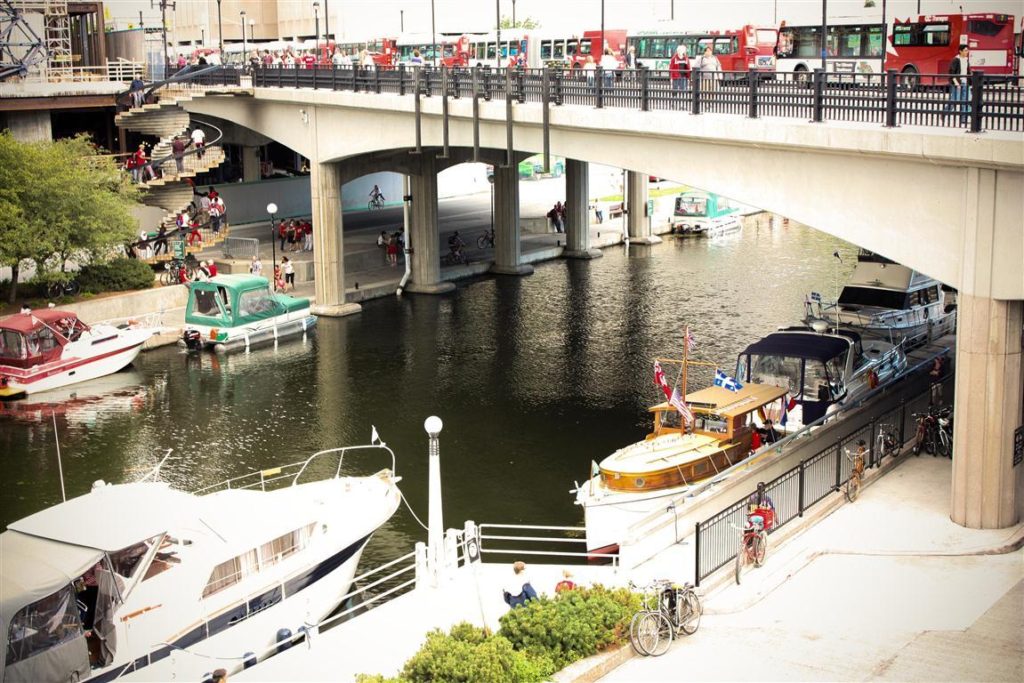 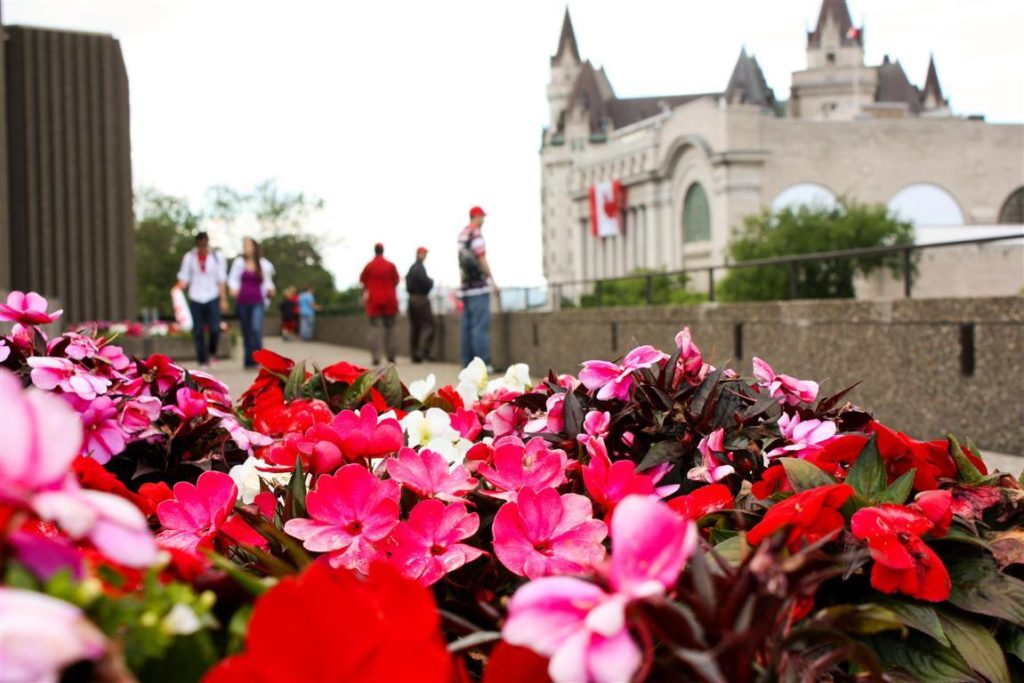 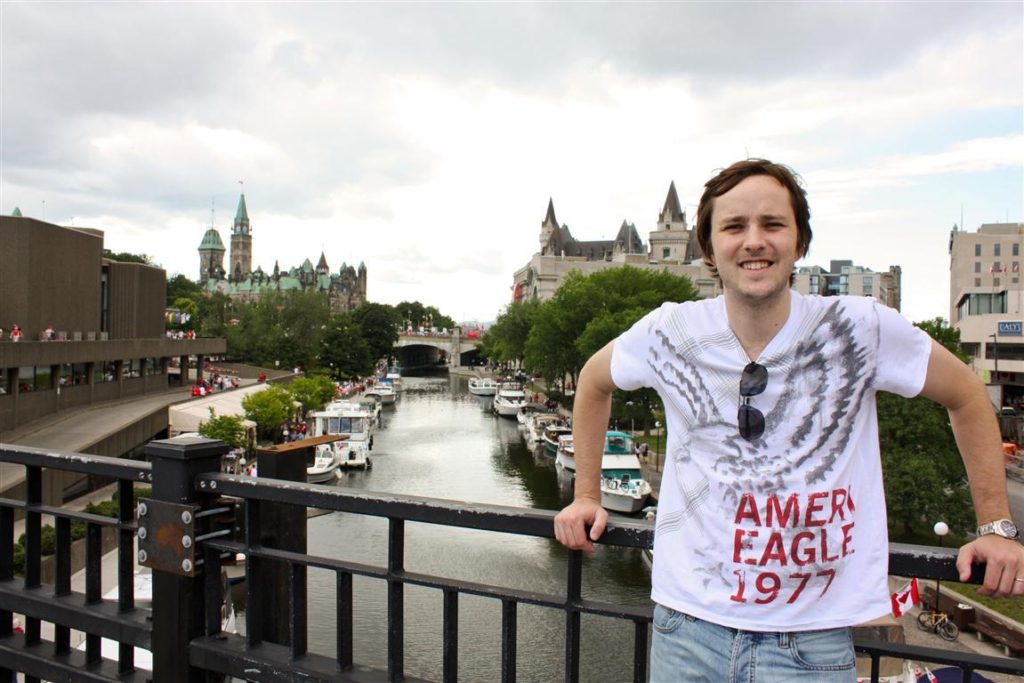 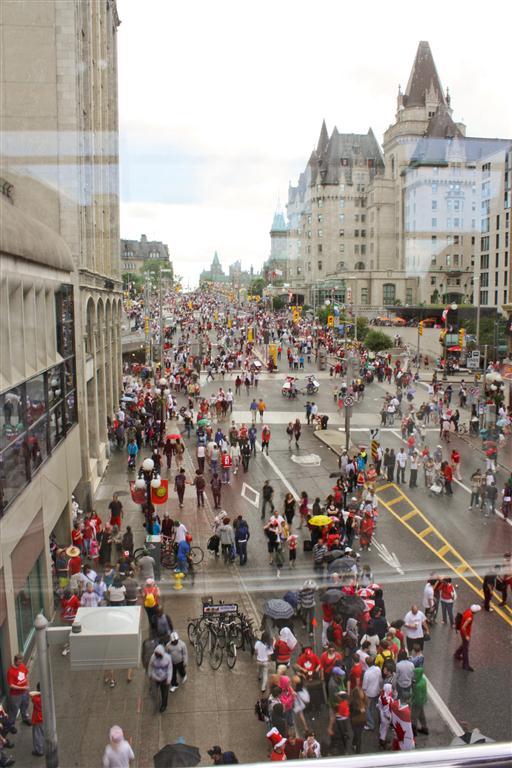 On the catwalk on the Rideau St. Galera!!