It all starts when beyond theory, you see in practice that Canada is, without a doubt, huge. It’s more than a four-hour flight from Ottawa to Calgary.
But starting from the beginning hehe, we left the dogs early in the pets hotel, around 7 am, and we took our way to the airport. From there, all very quiet and without delays, we took flight to Alberta. Well, you could watch almost two movies and still take a nap.


Arriving in Calgary, we went to pick up the rental car that was previously booked and soon after hit us a little despair: our GPS was not working.
As you can see, we chose to take our gps from home, so as not to pay extra in car rental. It had already worked once, but this time the maps installed were on the east side of Canada and US, and therefore nothing on the west side was included. This fact we only went to find out 2 days later, when Diego remembered this detail (meanwhile we were thinking that Alberta was blocking our signal or had no gps coordinates – that slander! – sorry Alberta). From there, we were lost even more, because I had still forgotten to print the maps i had created on google maps with the sights we wanted to visit, eita!
Life-saving technology solution: Diego’s smartphone. It was with him that we spent finding ourselves (and losing ourselves) for the +/- 1000km we did (he could access my maps there too, hallelujah!)

Calgary is alberta’s largest city, with about 990,000 inhabitants, standing in an area between the Canadian praries and the Canadian rockies (1048m above sea level).
First tourist spot was the Heritage Park Historical Village, which is a living historical museum, i.e. replicas of villages, train stations, services etc. of the last century. It was very interesting and exceeded expectations. I recommend going wearing something comfortable, because it’s all on foot.
Then we went to downtown Calgary and saw a number of things, including Lougheed House, Telus World of Science, Calgary Tower, Calgary Stampede, Bow Buiding, and Chinatown. Again, a lot of walking, but so we get to know and feel the climate of the city more in detail.
Here’s the selection of the photos of the day with the relevant comments (or not): 🙂 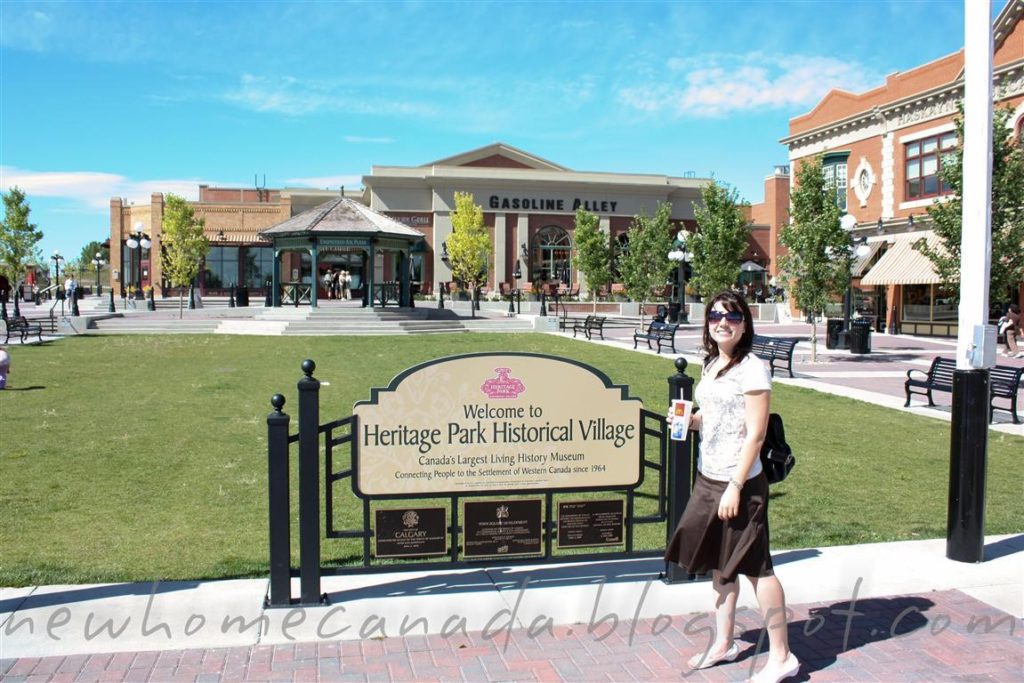 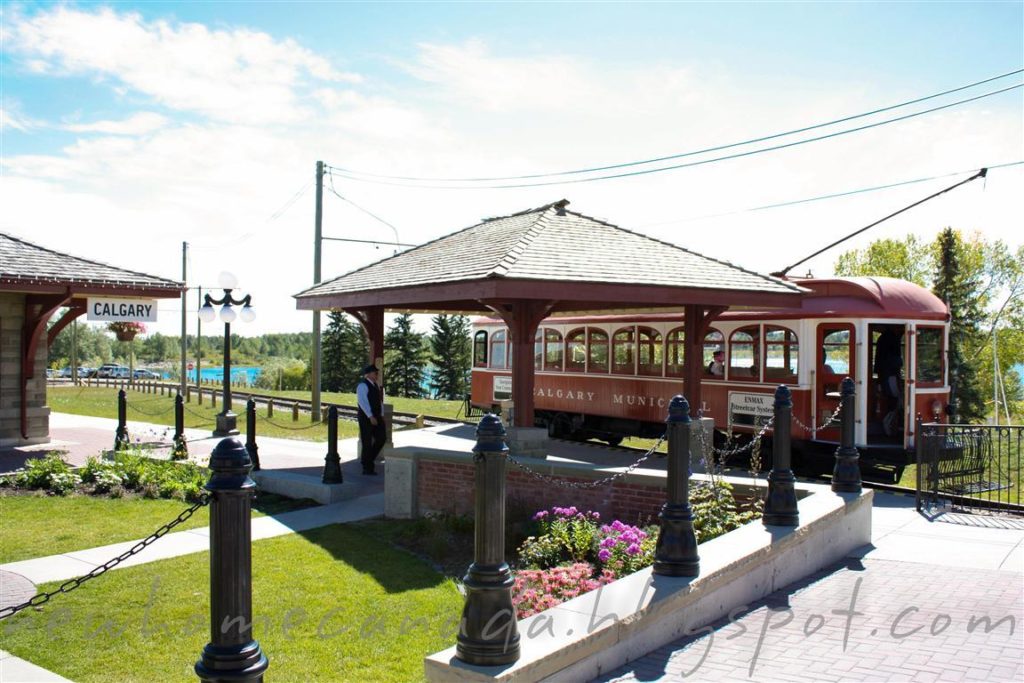 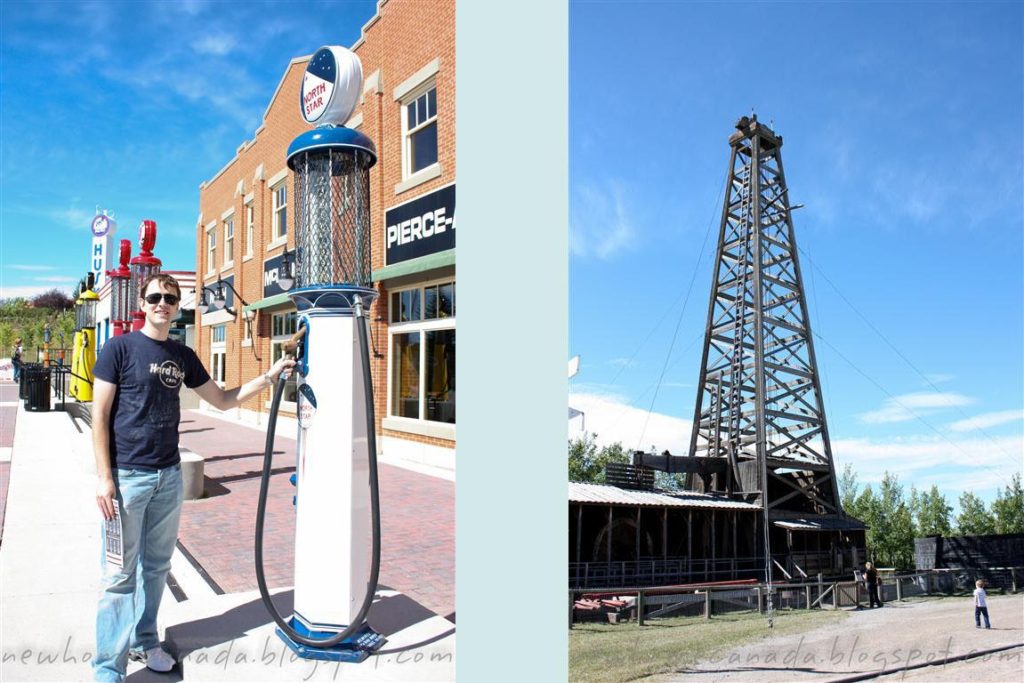 Too much emphasis on fuel and cars – Alberta is the province of oil
Right, Dingman Discovery Well – 1913 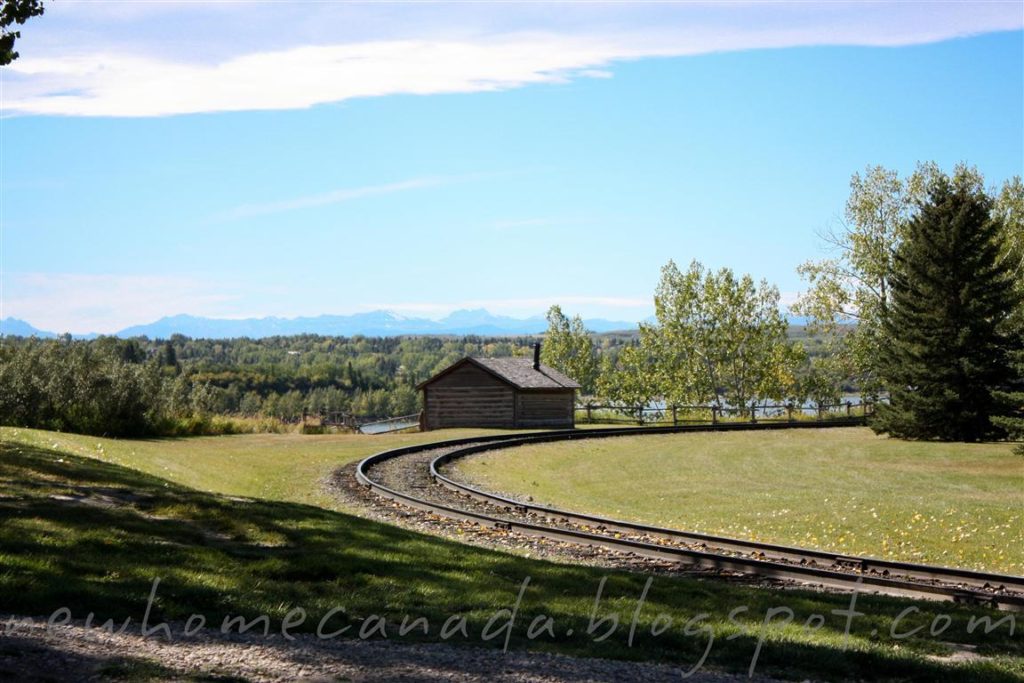 Rockies in the background and Mine’s Cabin – 1885 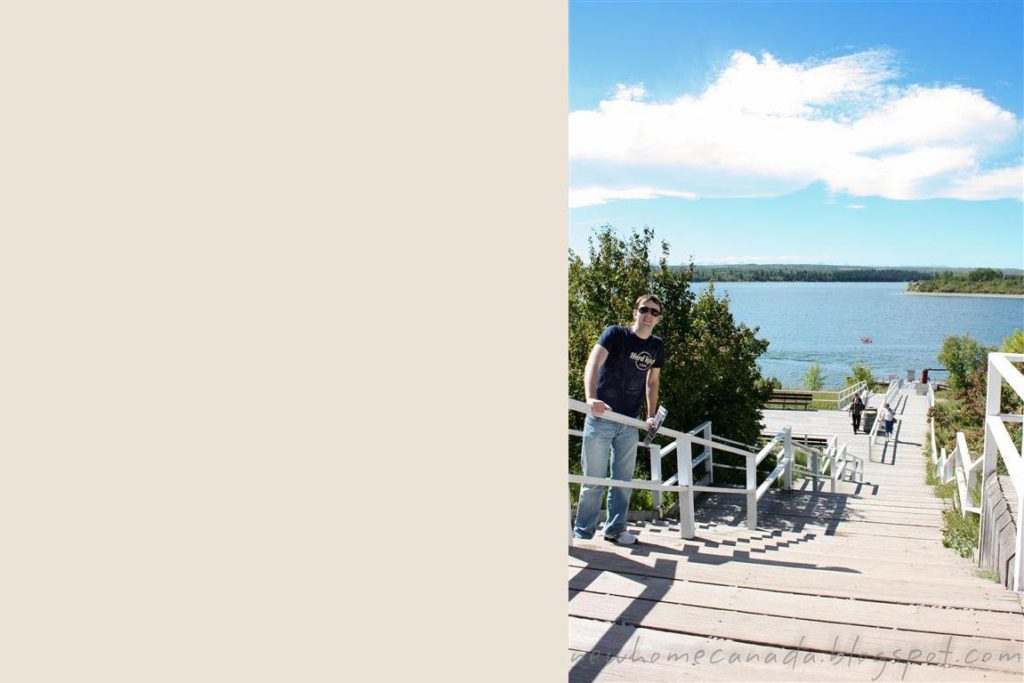 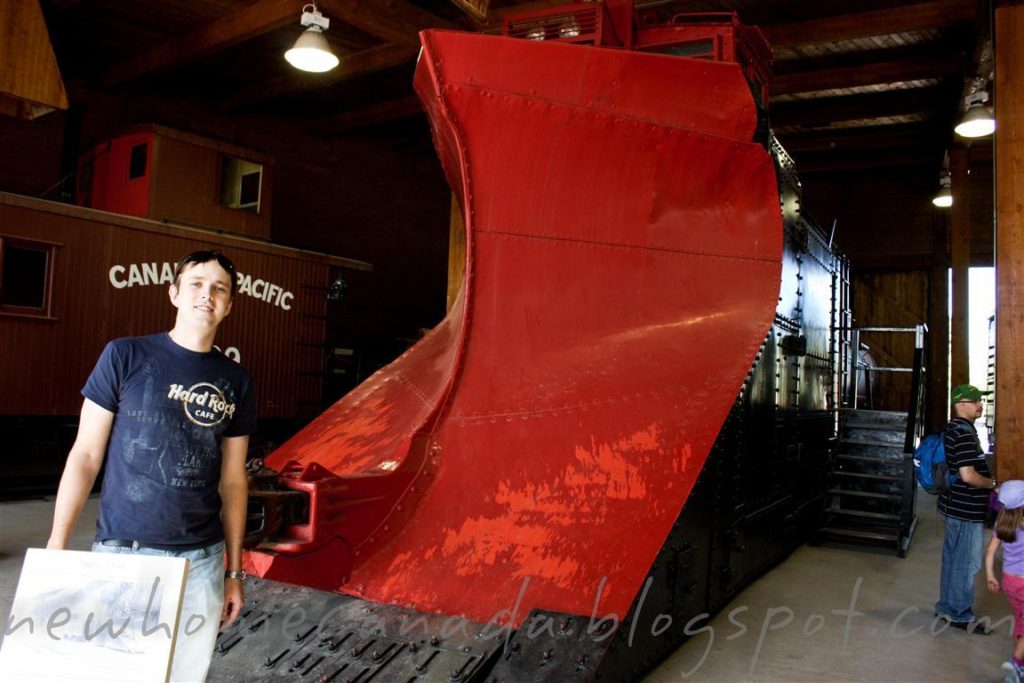 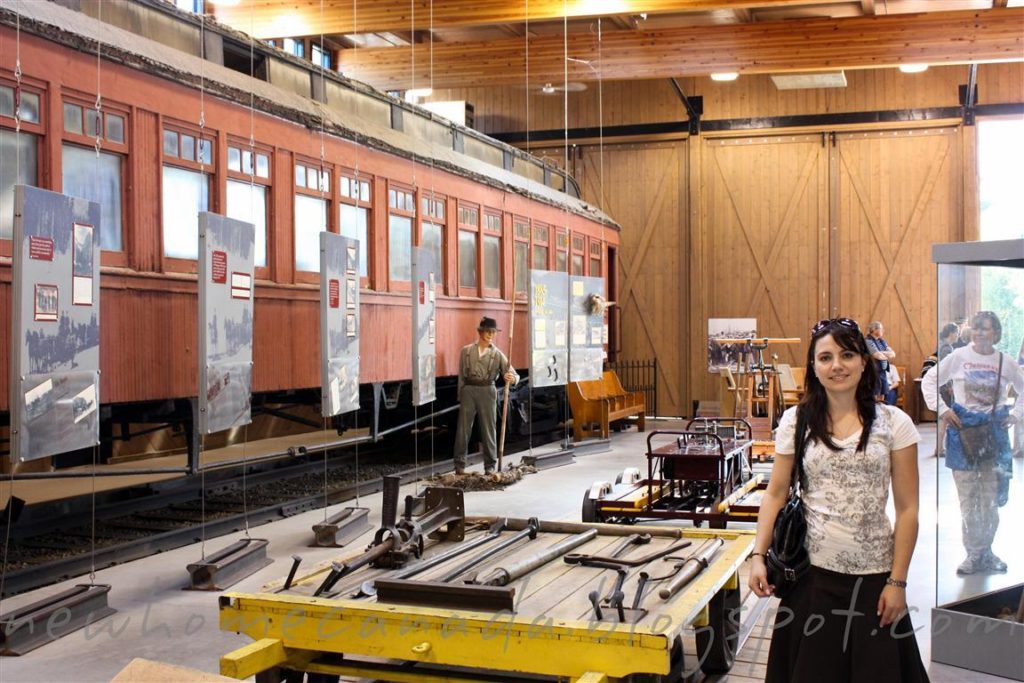 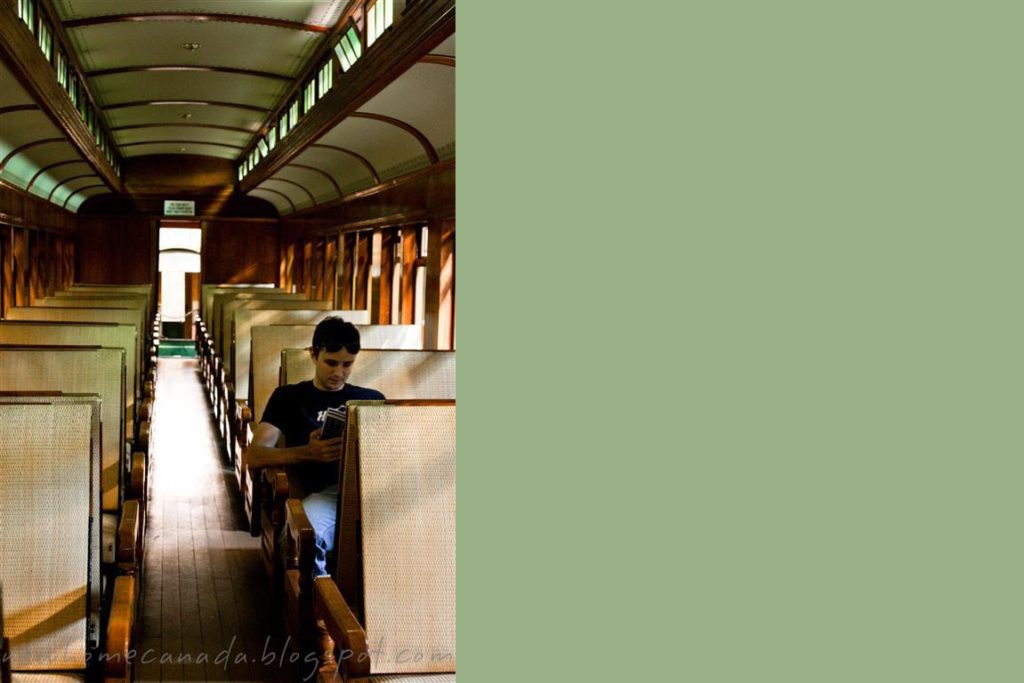 Diego testing the old train… This one was going from Calgary to Vancouver if I’m not mistaken. 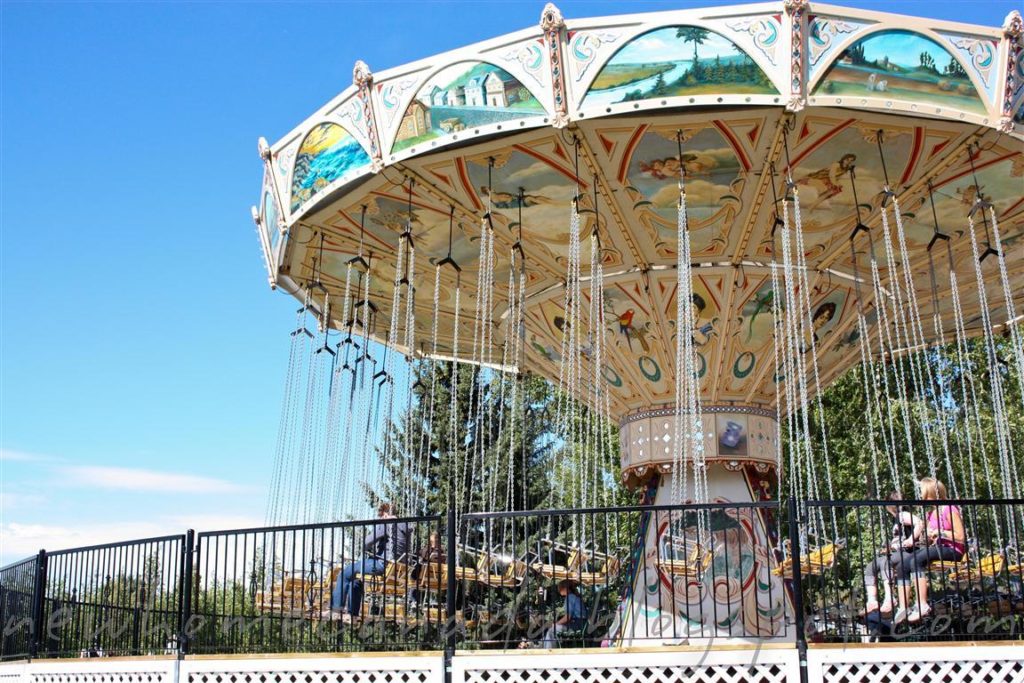 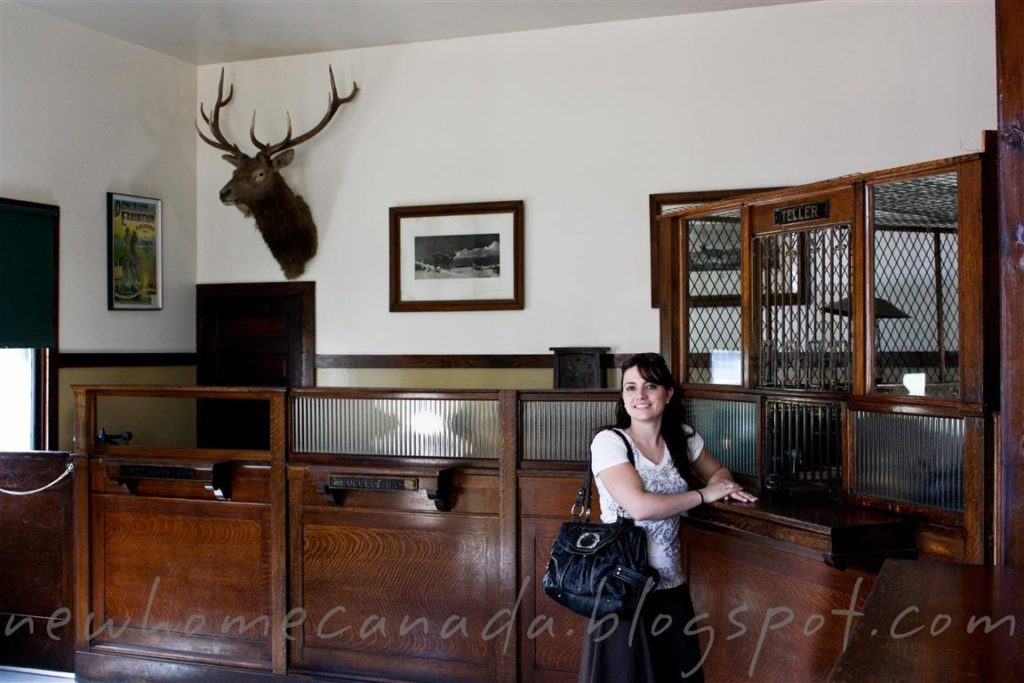 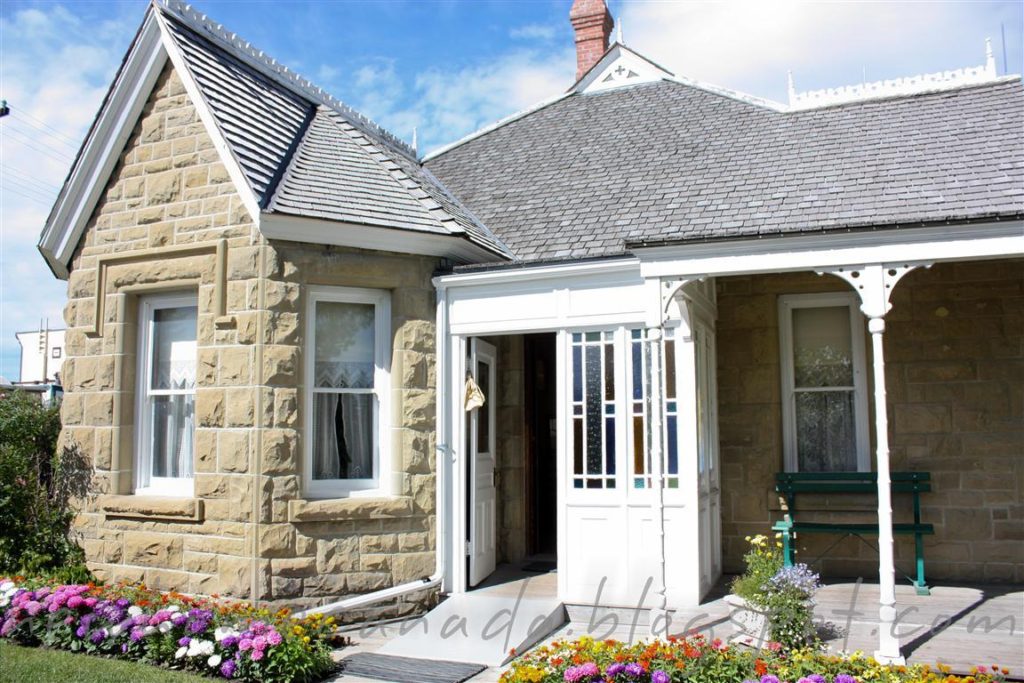 Sandstone house – faithful replica of the original built in 1891. 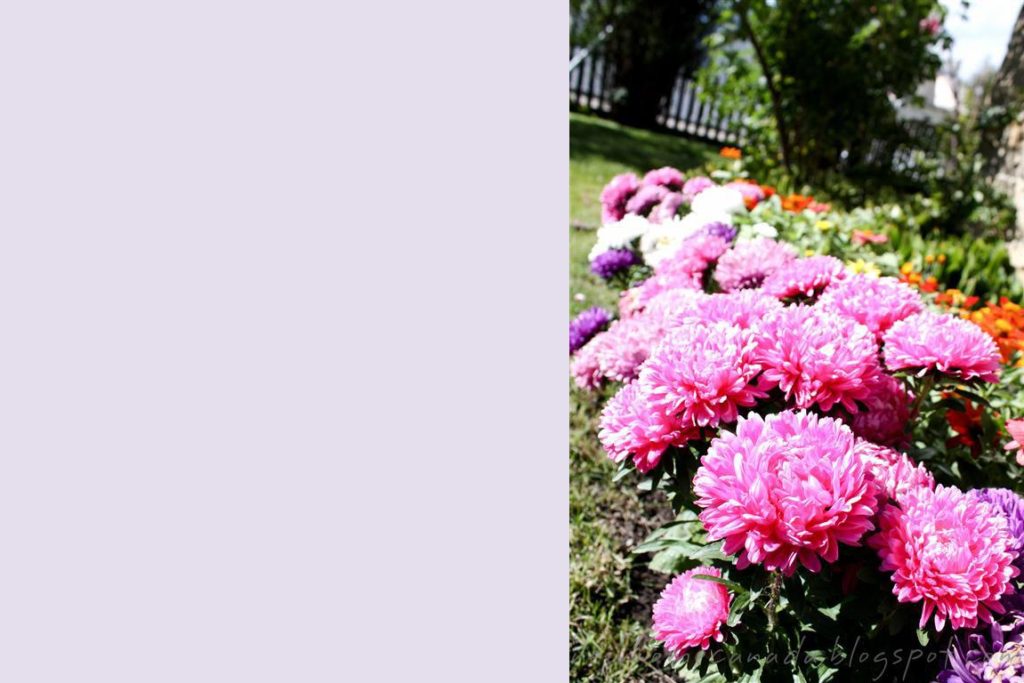 Another replica house – Prince House (1894) – interesting is that inside the houses has park employees, dressed in character, telling details of the house. 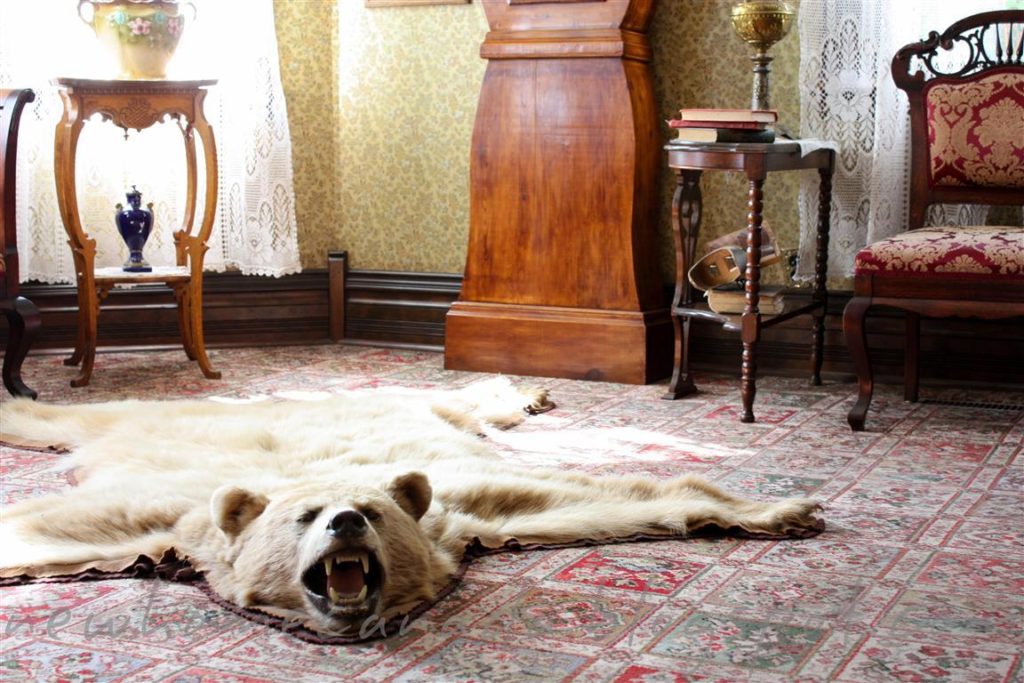 Inside the house – teddy bear’s Jewry… 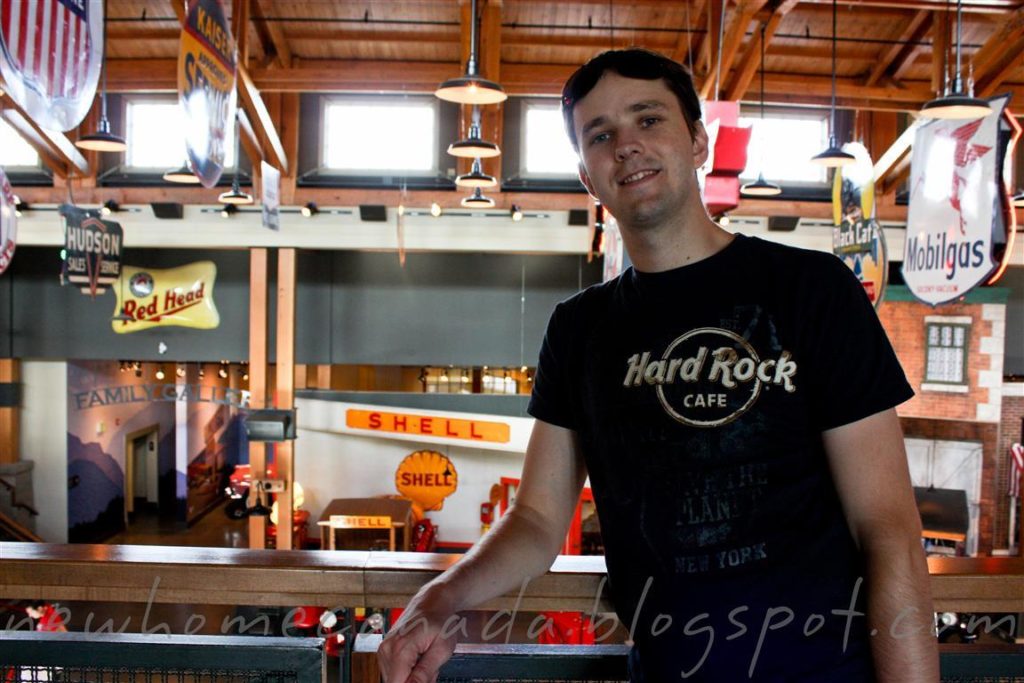 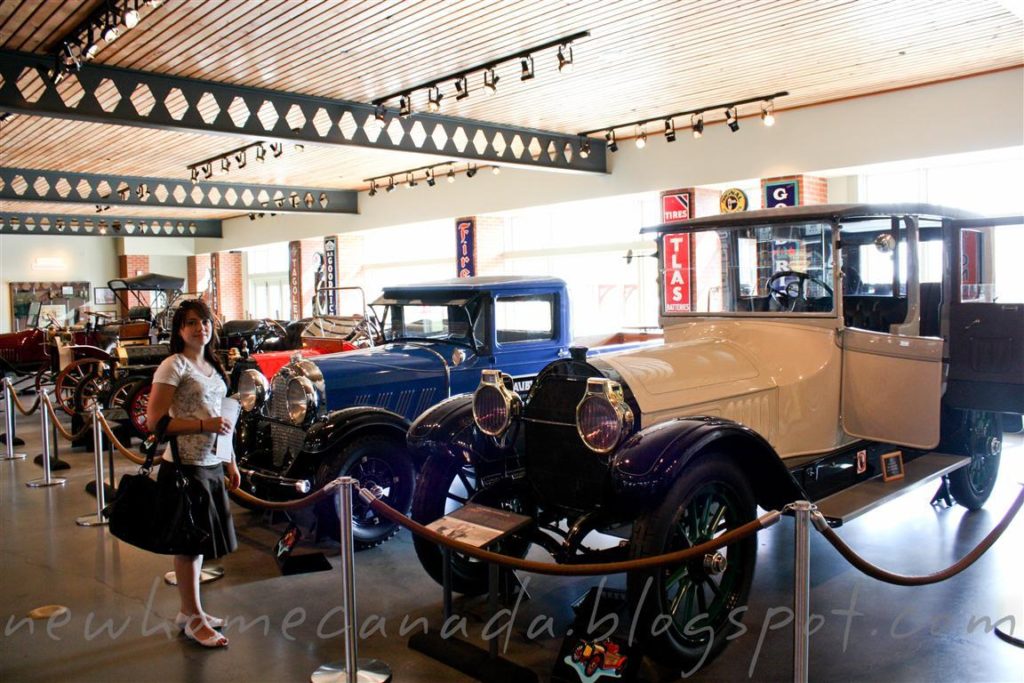 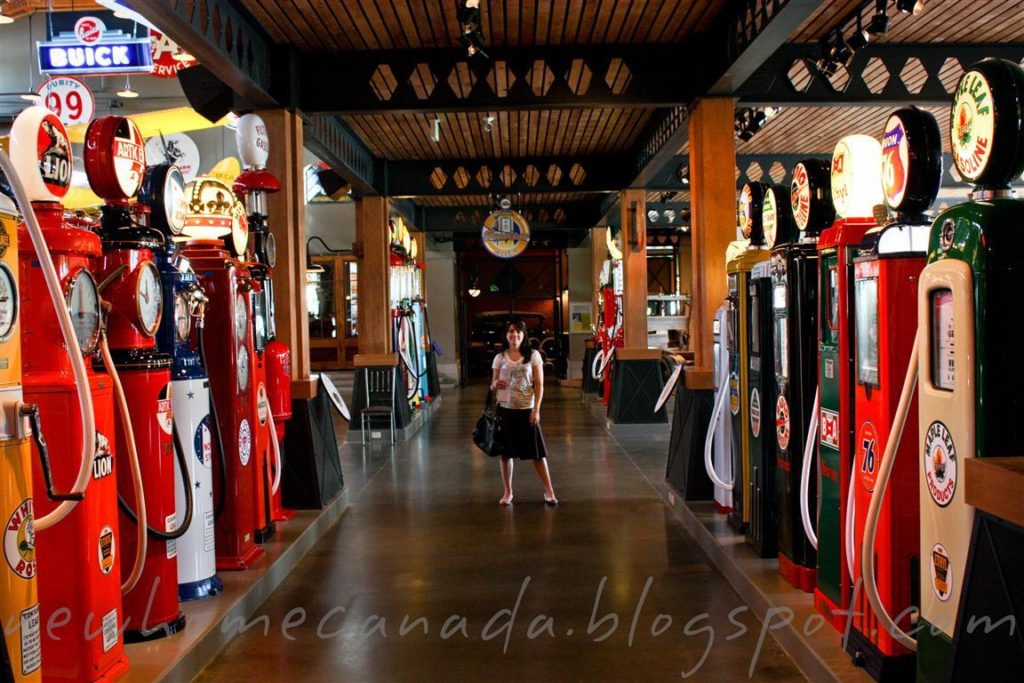 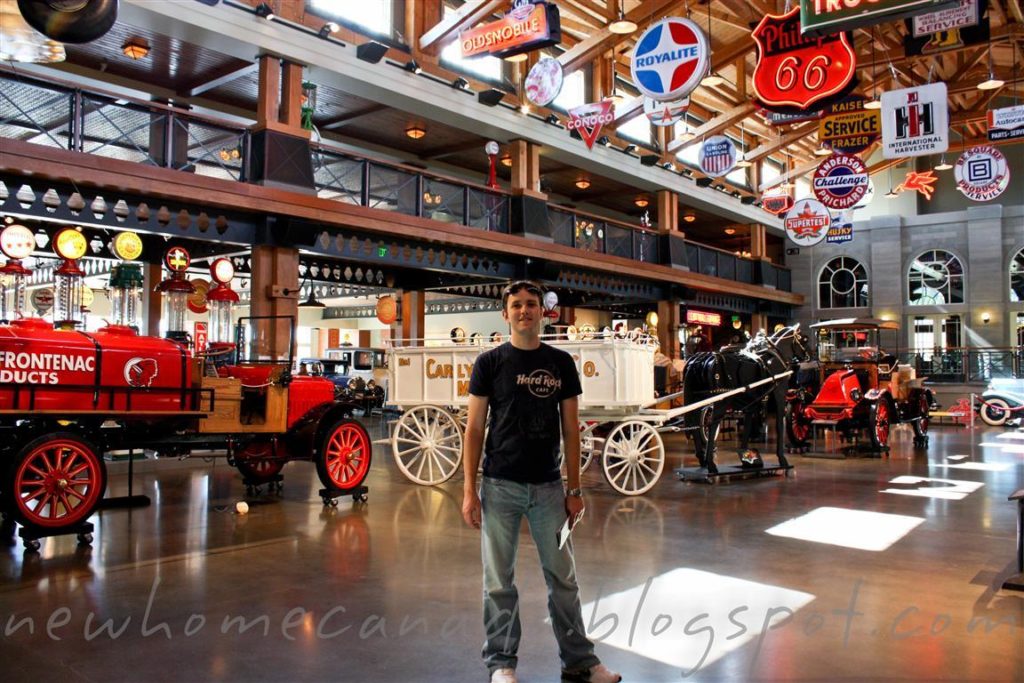 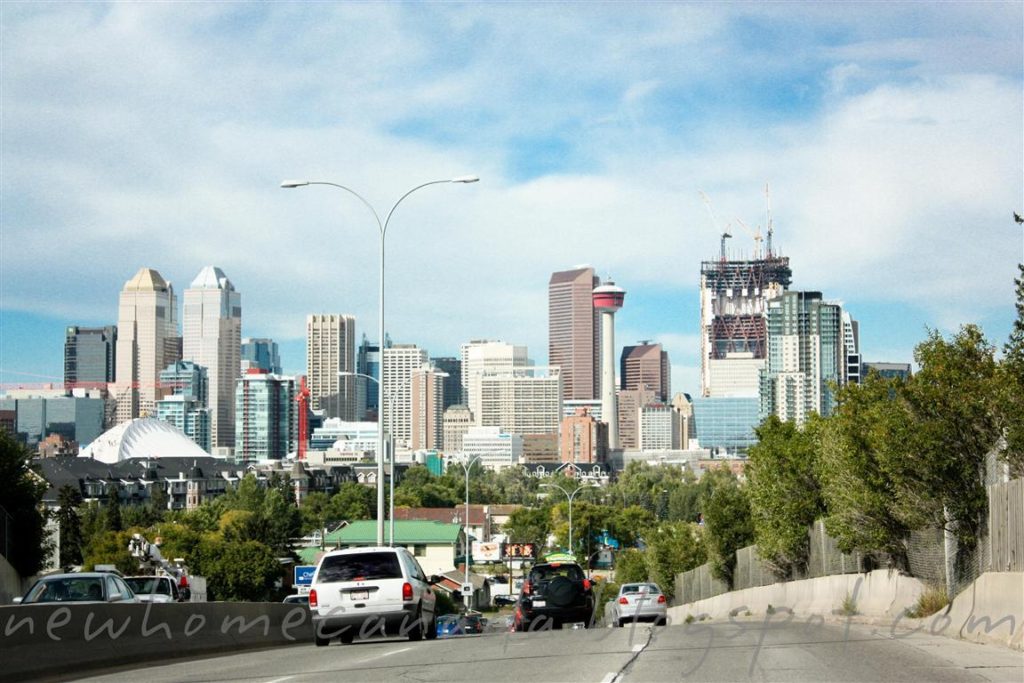 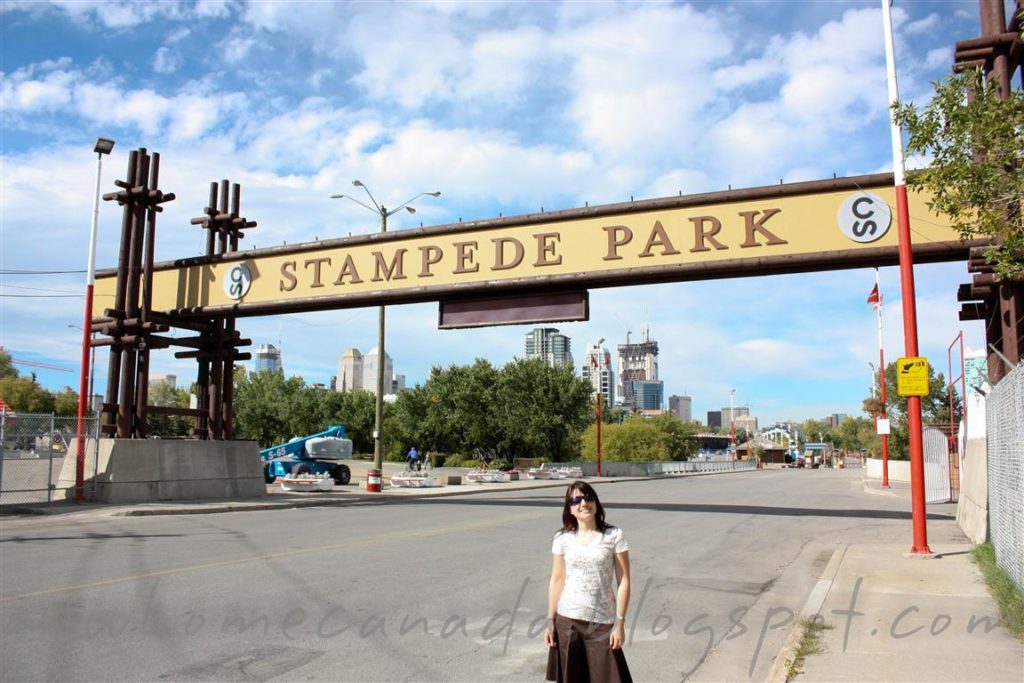 Stampede Portico – the largest rodeo in the world, with more than 1 million visitors each year.
During the rodeo that takes place in July, also happens fairs, shows, exhibitions, agricultural competitions etc. 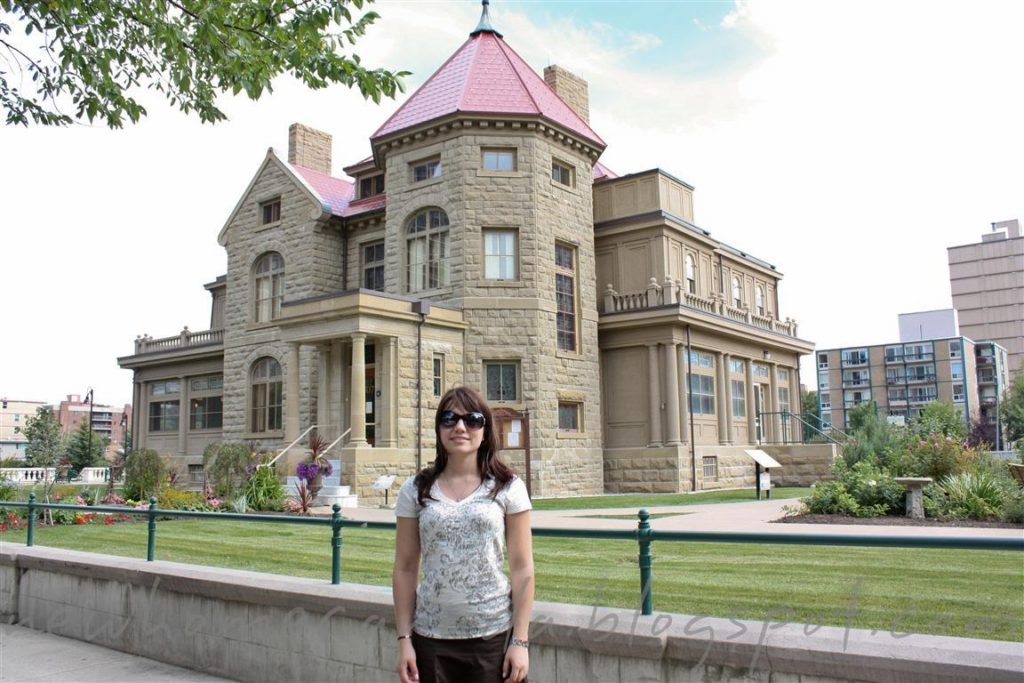 Lougheed House – mansion built in 1891 and enlarged in 1907, belonging to Senator James Alexander Lougheed and his family, when the population of Calgary was no more than 4,000 inhabitants.
The mansion was considered at the time the most chic in the Canadian northwest and housed several illustrious visitors.
Over the years, the house ceased to be residential and was also home to provincial entities. 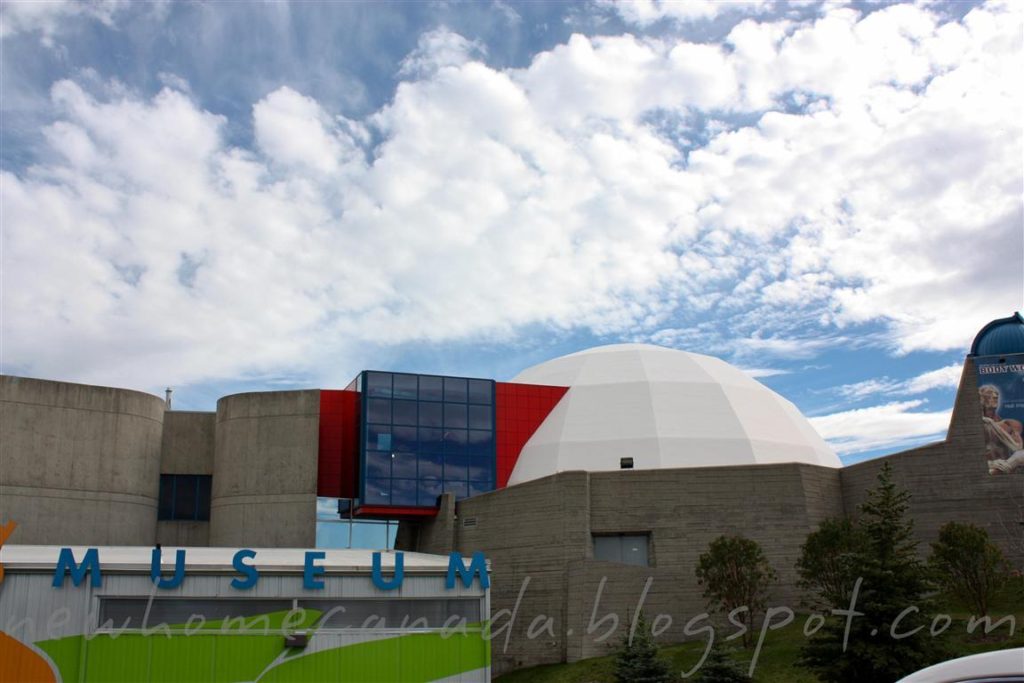 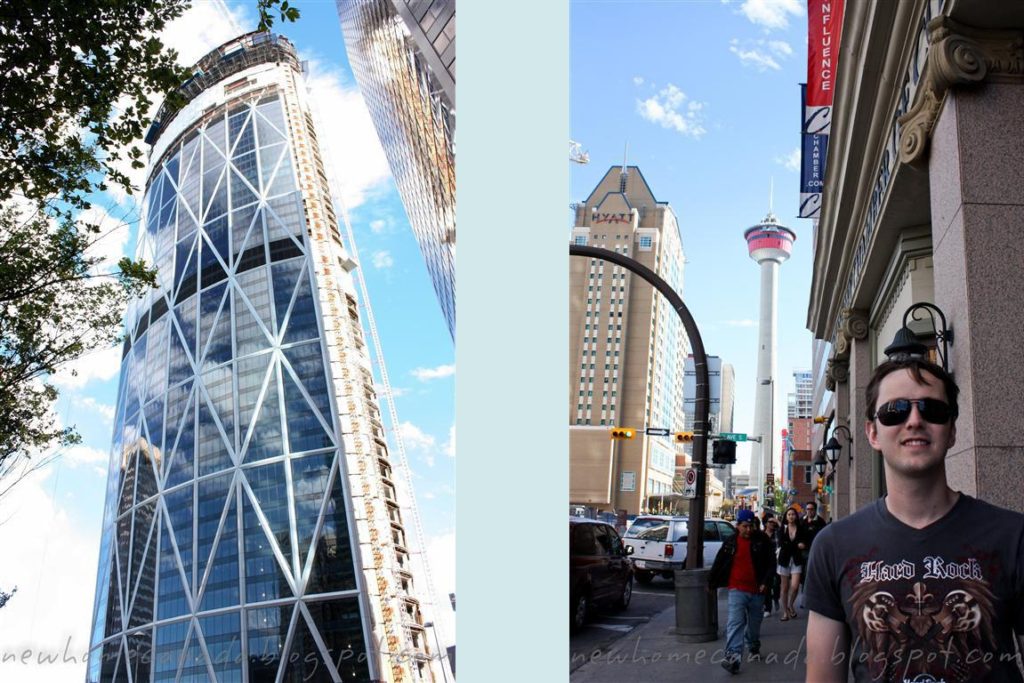 On the left, Bow Building – still under construction – will be Calgary’s largest building
On the right, in the background, Calgary Tower 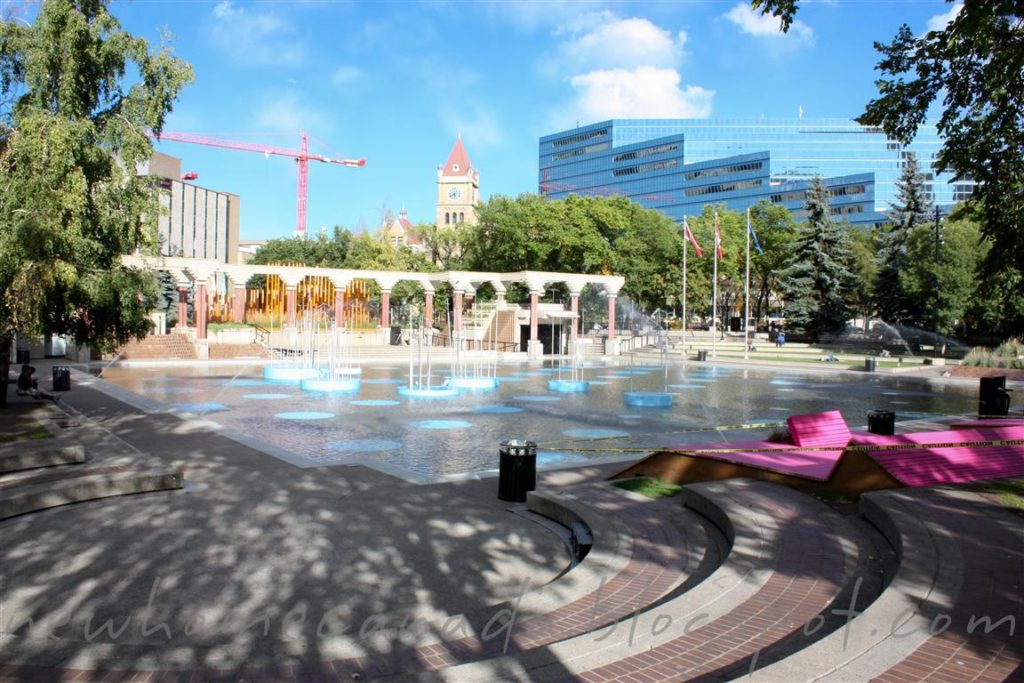 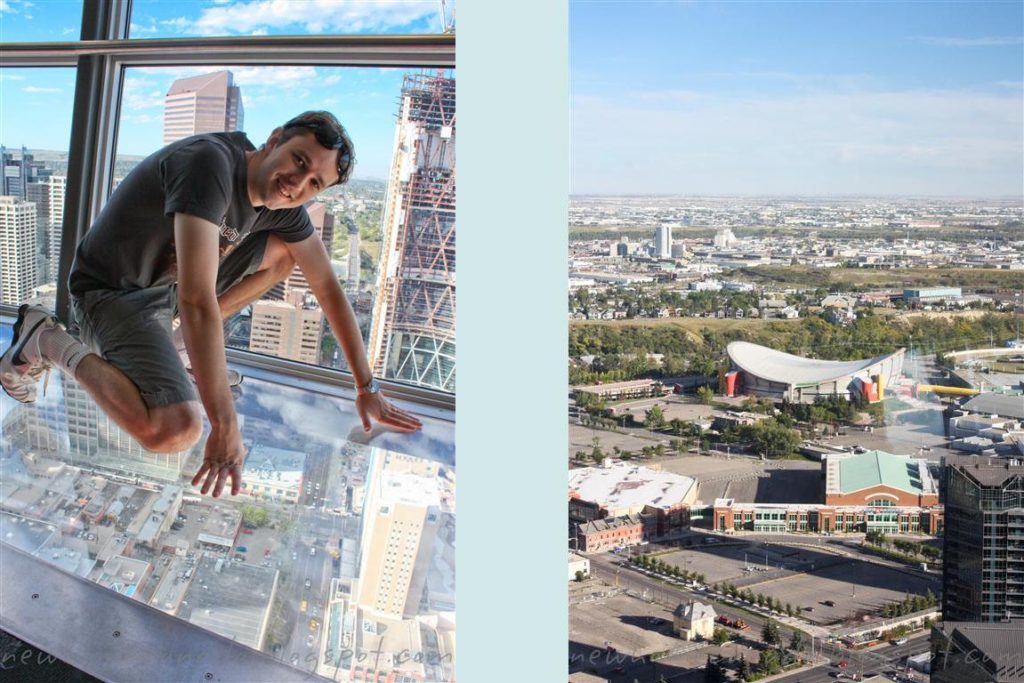 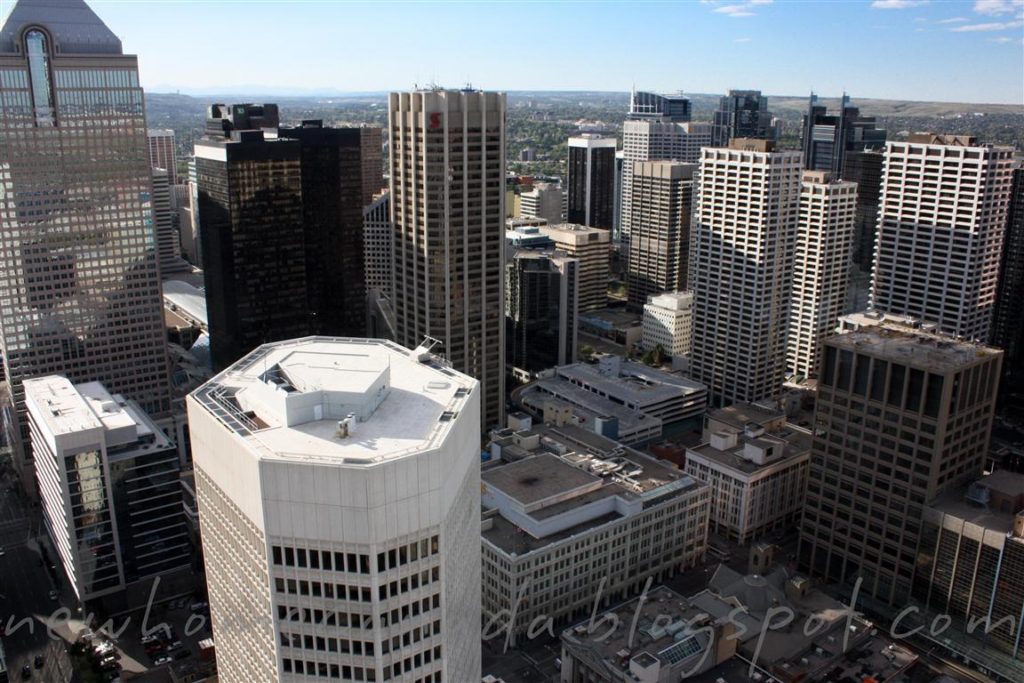 View of calgary tower to the city center. 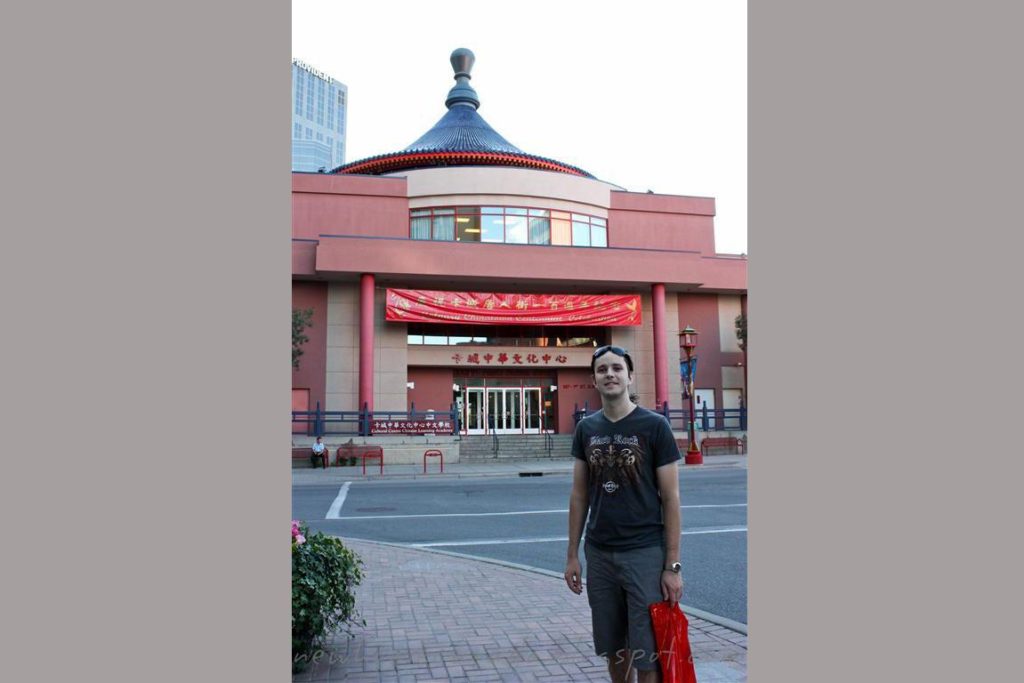 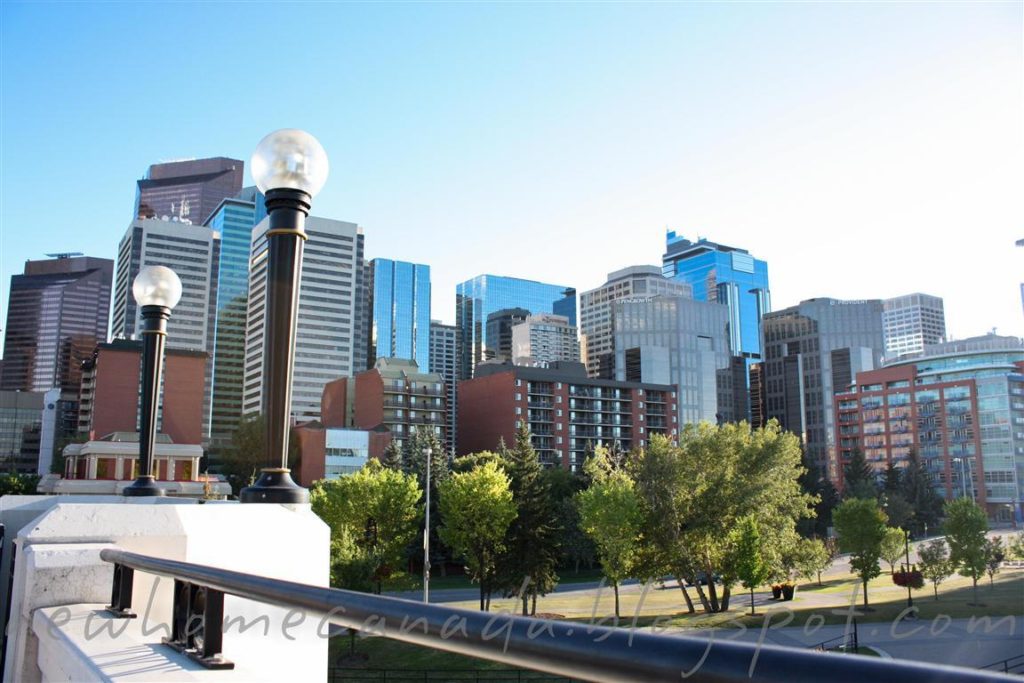 Ufa… First Day: Done! Wait for the next: Banff