Hey guys! How much are you enjoying the photos!!
I really like being able to share a little bit of the beautiful places we've seen.

I forgot to comment that a great fact regarding this trip is that it was kind of a gift. Admittedly Diego had to work from Edmonton during the week, but our expenses will be paid by the company (hotel + tickets + food) as a way of rewarding him for his dedicated work. Oh that was wonderful!
Okay, following up with the photos, we arrived the rest of the day in Banff. I know that many are waiting for soon to arrive the pictures of Lake Louise, who will come, without fail, in the next post, I promise!
The last photo from the last post was when we were descending from Banff Gondola. From there, we decided to check out, still in Sulphur Montain, the Hot Springs Pools, which are pools of mineral and hot water. We haven't, but it seems like a good option for you to have more time, even during the winter months. And then we pass by the surroundings of the Fairmont hotel in Banff, which is also a tourist spot: 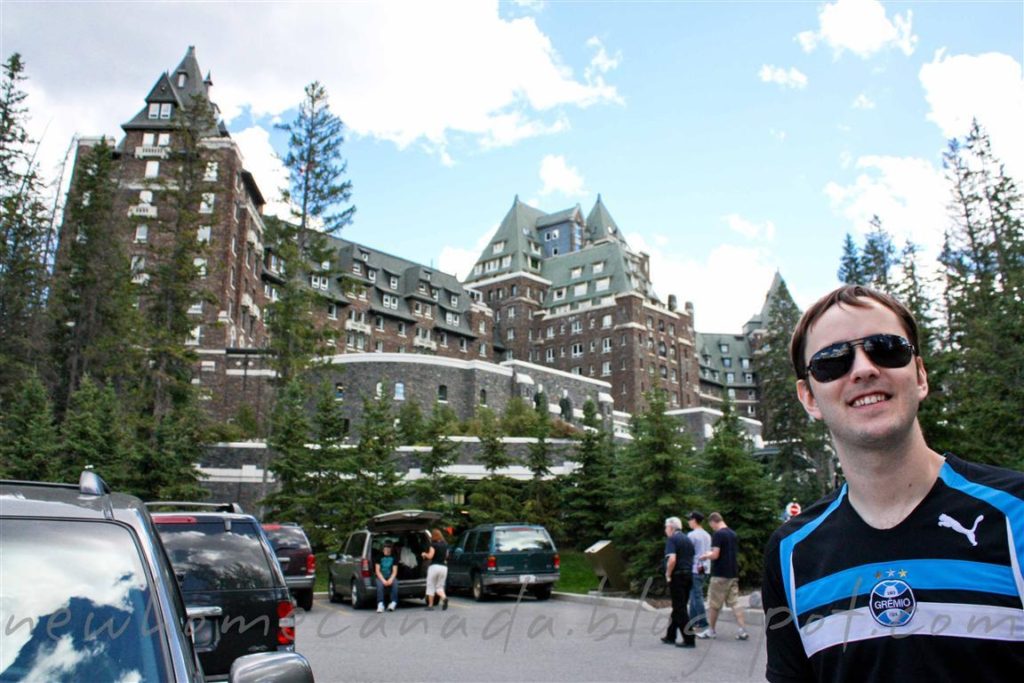 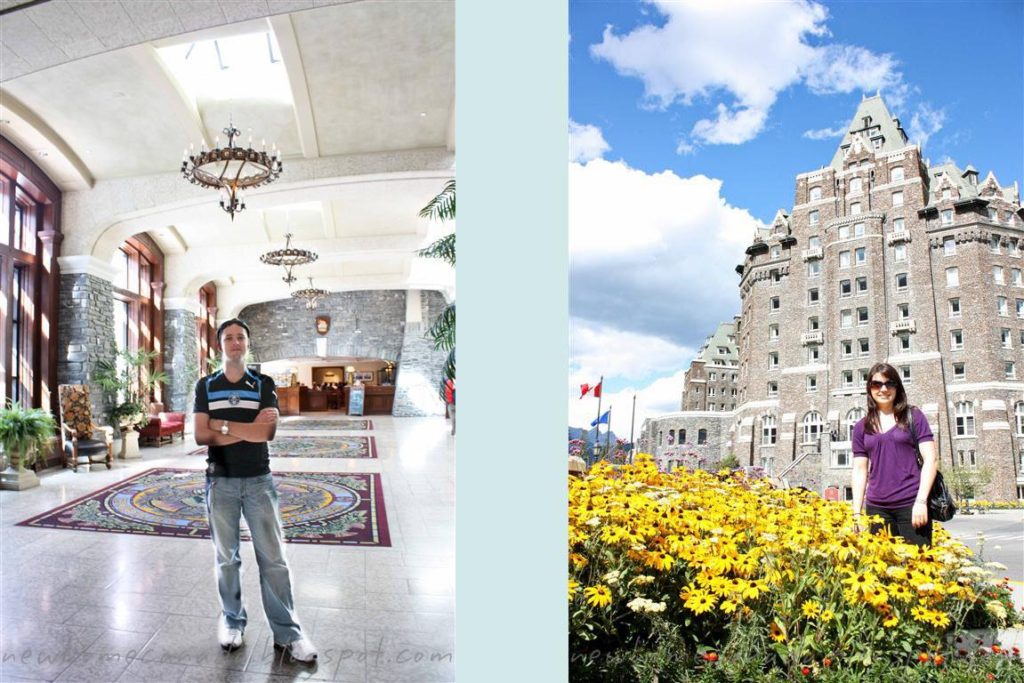 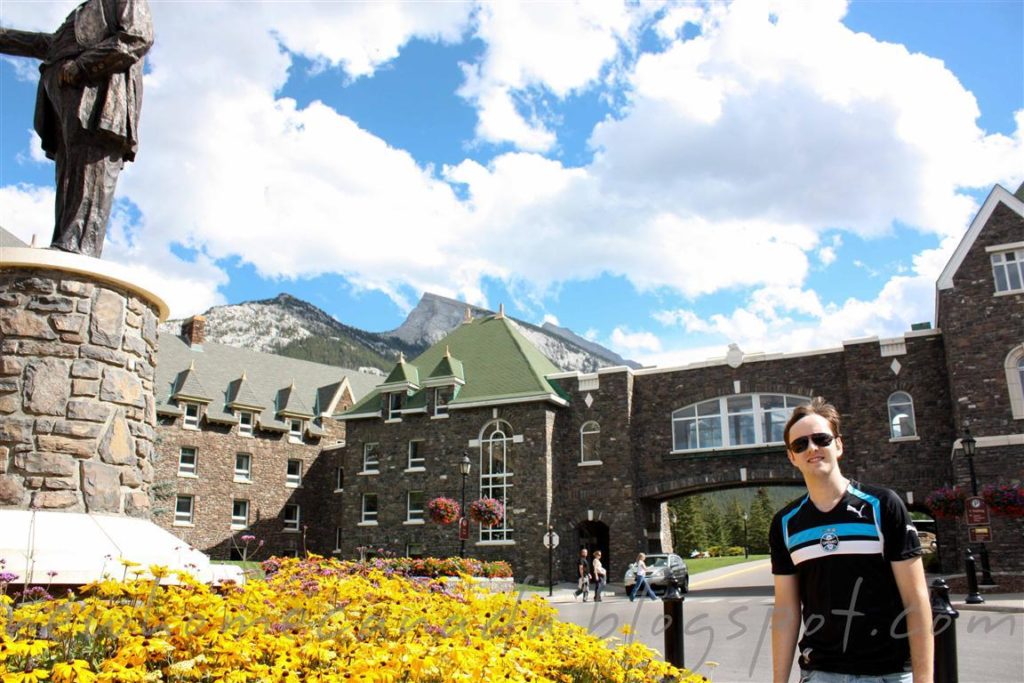 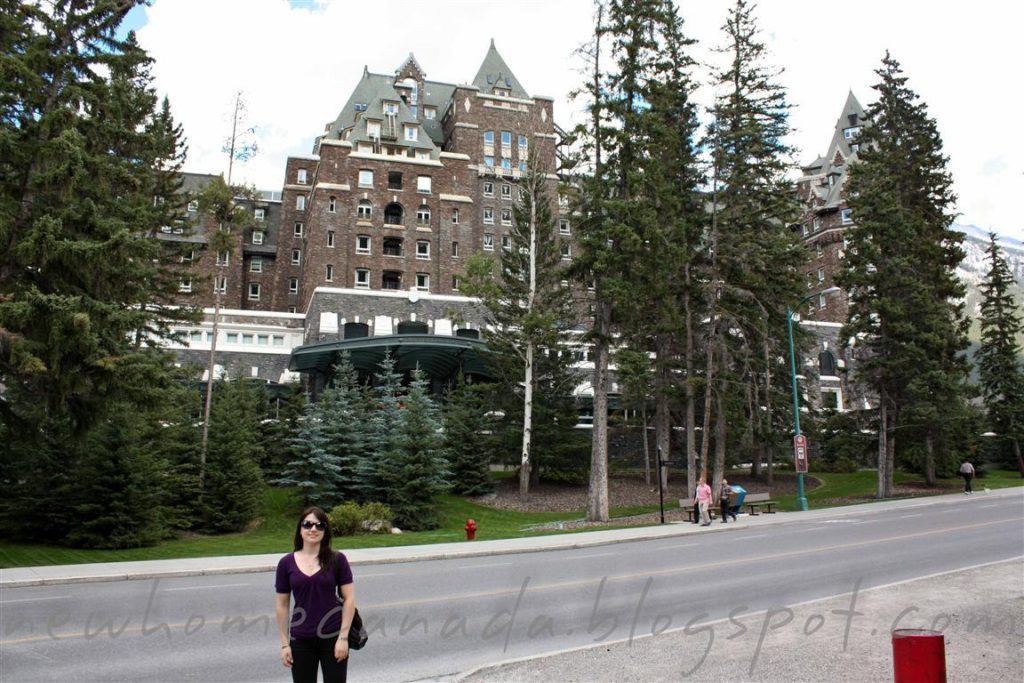 The hotel was opened in 1888, but was smaller and built in wood.
In 1914, the large stone and concrete structure was completed. At the time, the hotel tower, or central part, was the tallest structure in Canada. To see how things change… hehe 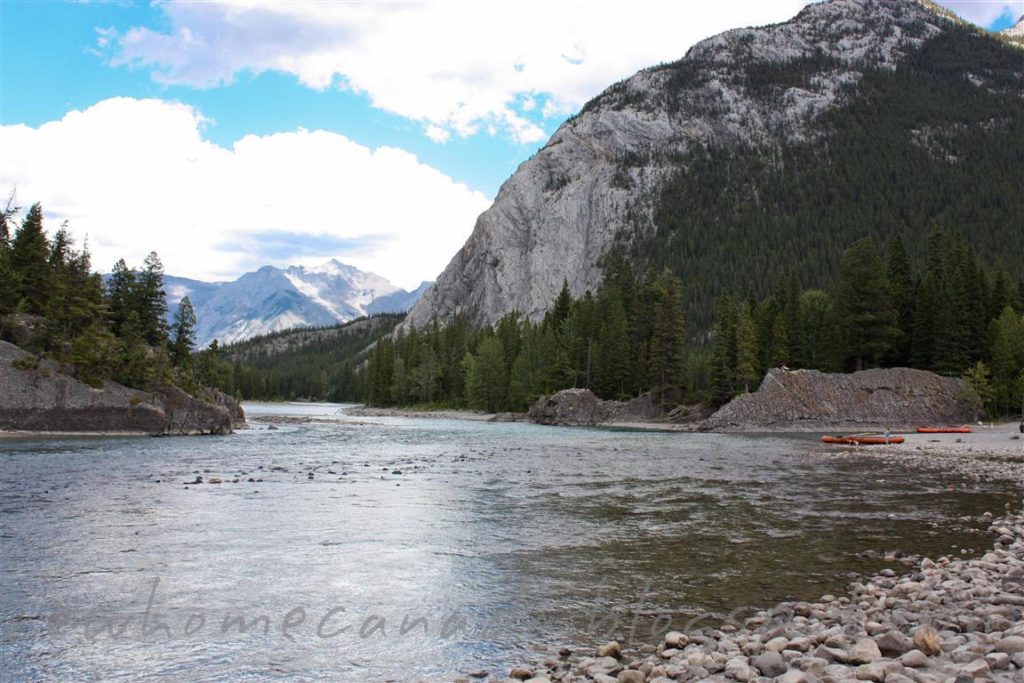 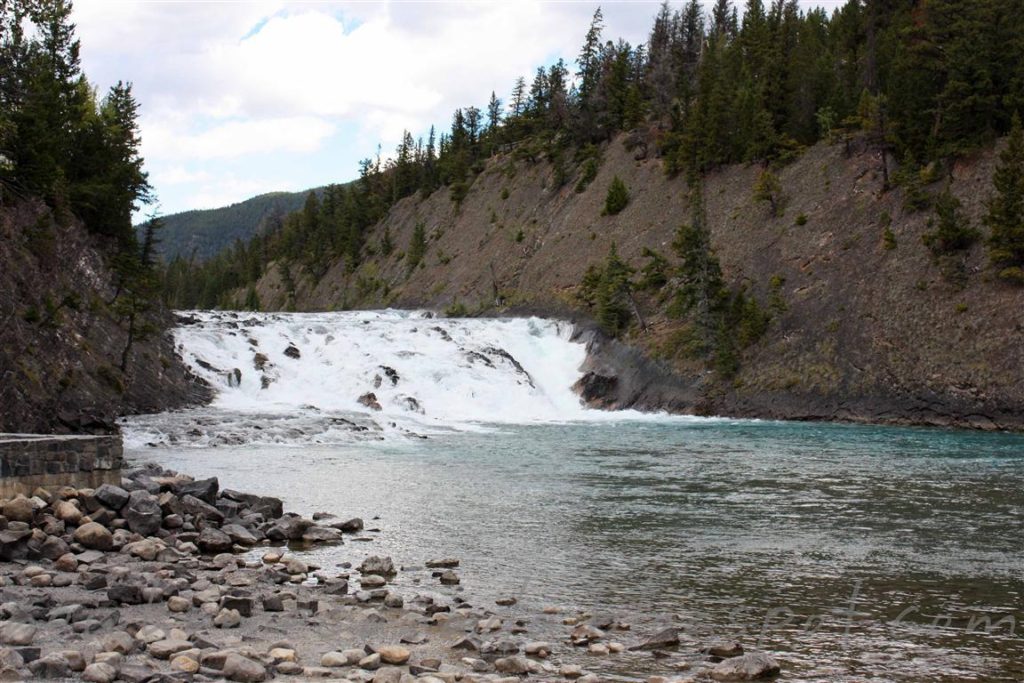 Bow Falls, New
Bow Falls was our last tourist spot in Banff on Saturday. Towards Lake Louise, 63km from Banff, we had the option of going down the highway, the Trans-Canada/Icefields Parkway, or going down a smaller parallel road, bow valley parkway. They say bow valley has better views and that's why we went, at least halfway through. 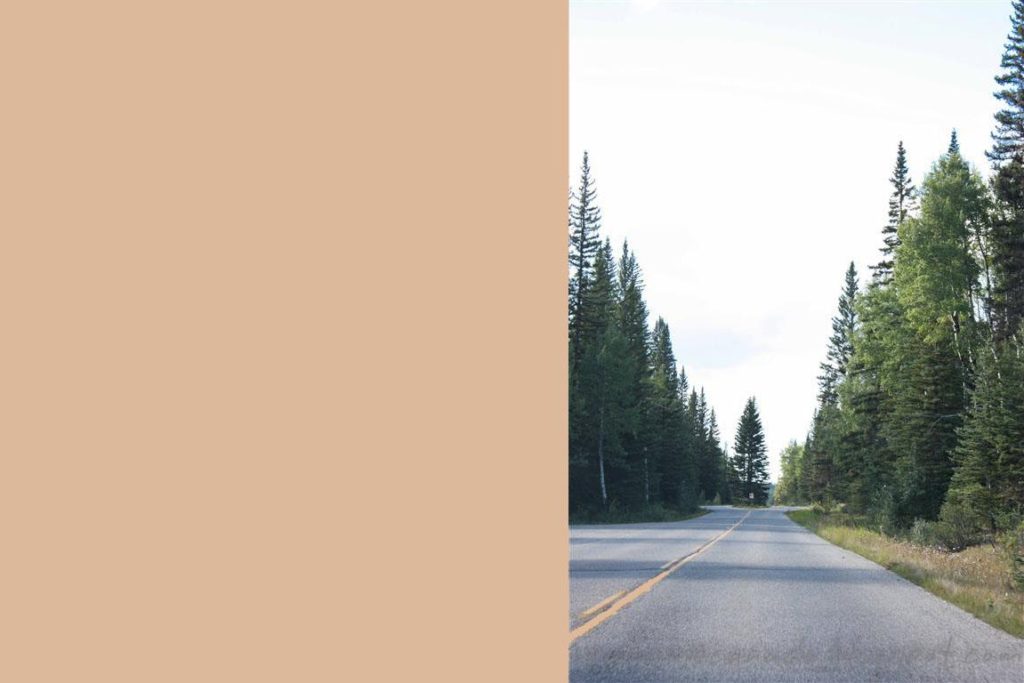 And in the middle of the road there was a tree, literally. This is Bow Valley Parkway.
Along the Bow Valley, we stopped at Johnston Canyon and wow, it was fantastic. Just the breathtaking walk. It took four miles to get to upper falls and back. I do not know if it was the altitude, the hurried pace (which we always have, trying to see the largest number of things on the same day) or the same distance, just know that I was almost asking for an oxygen mask in a few moments… Hehehehe 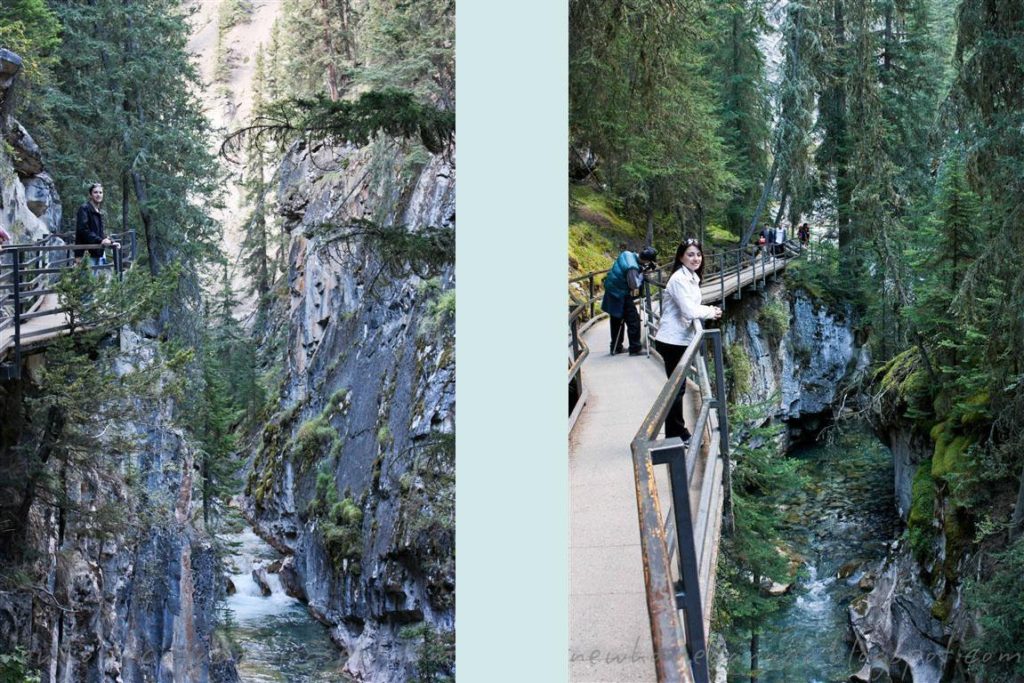 These walkways were cordoning the canyons. 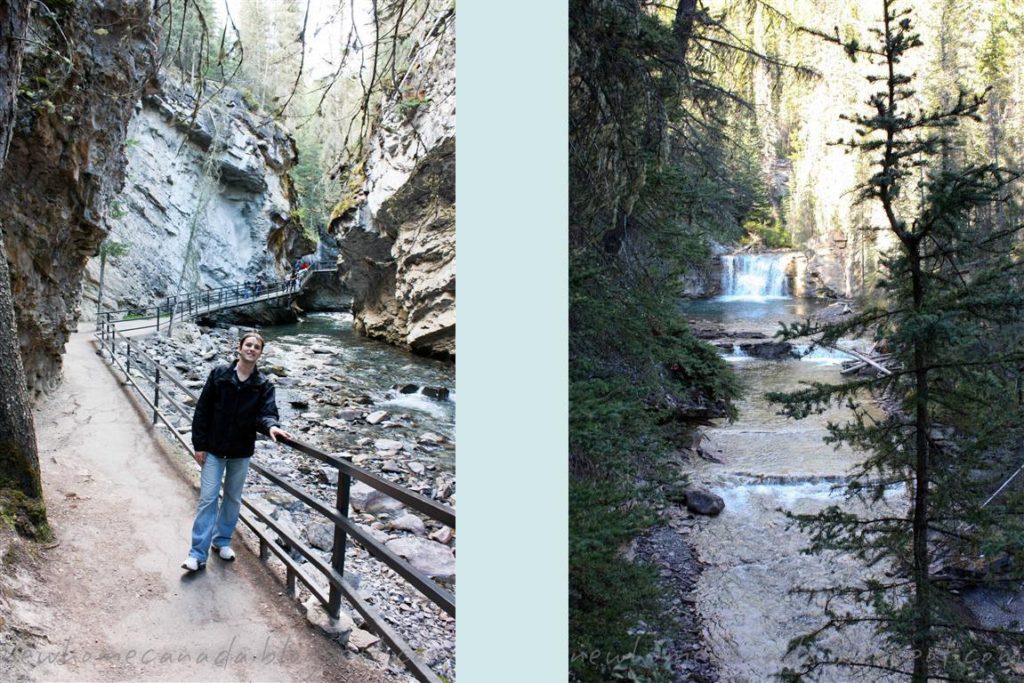 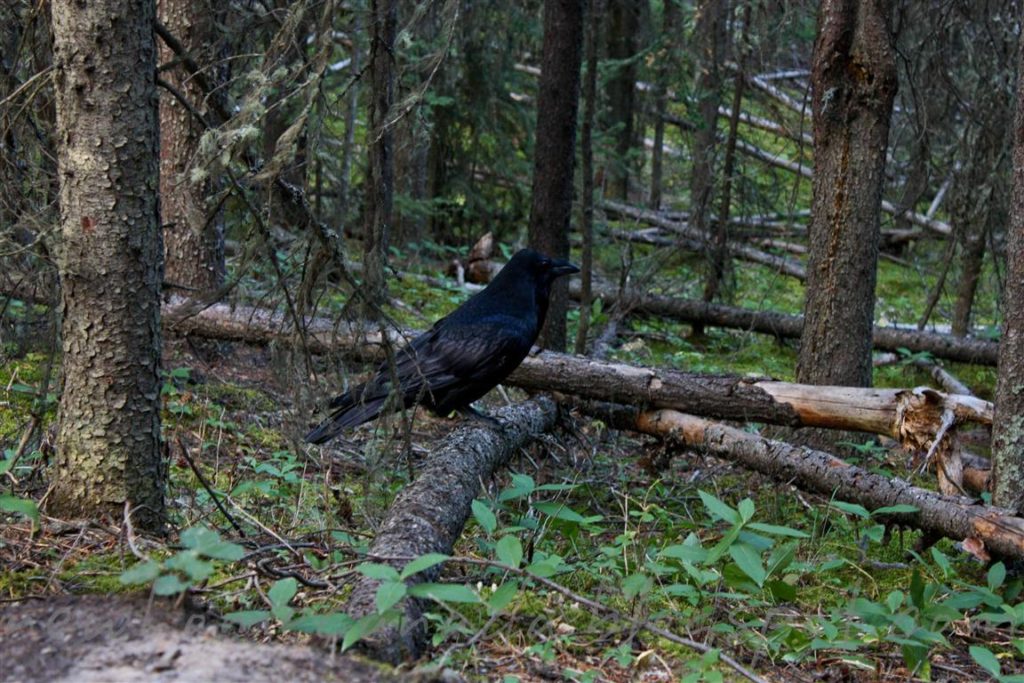 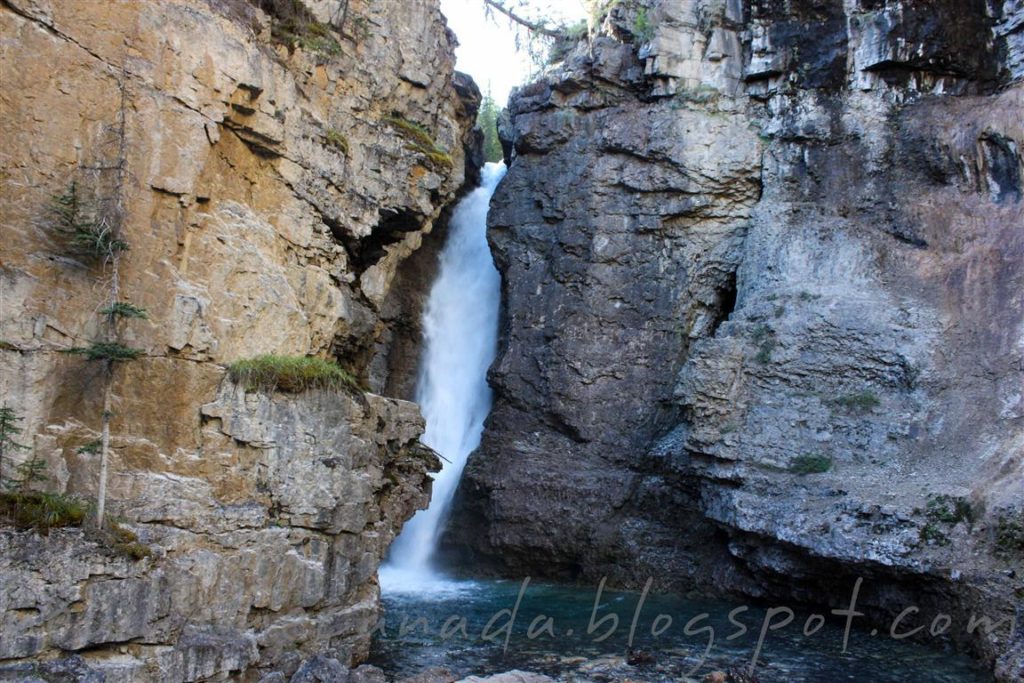 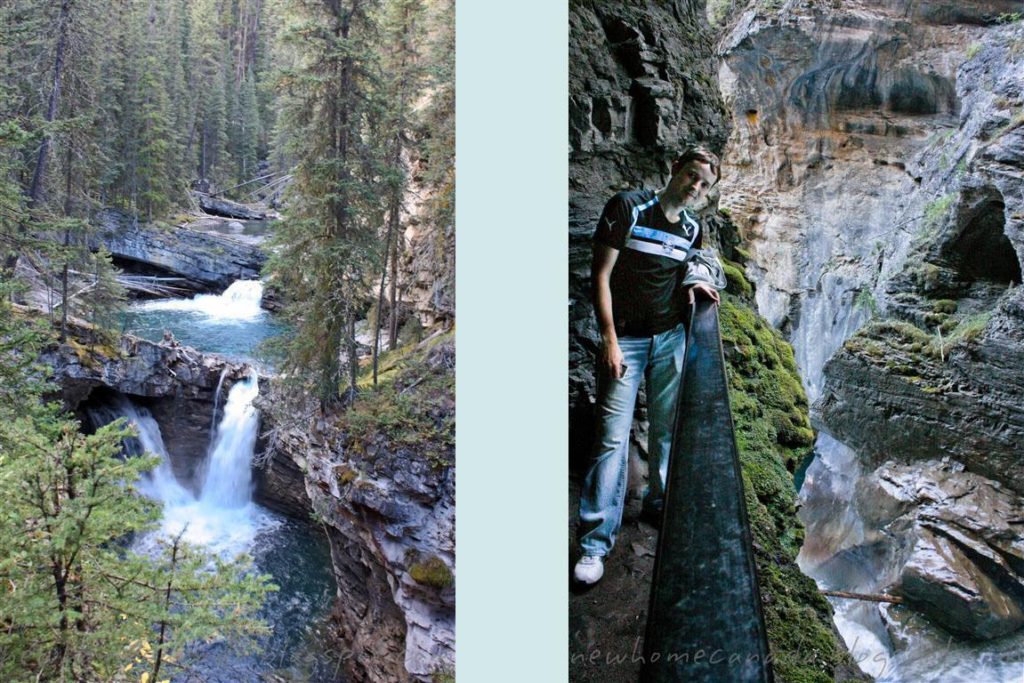 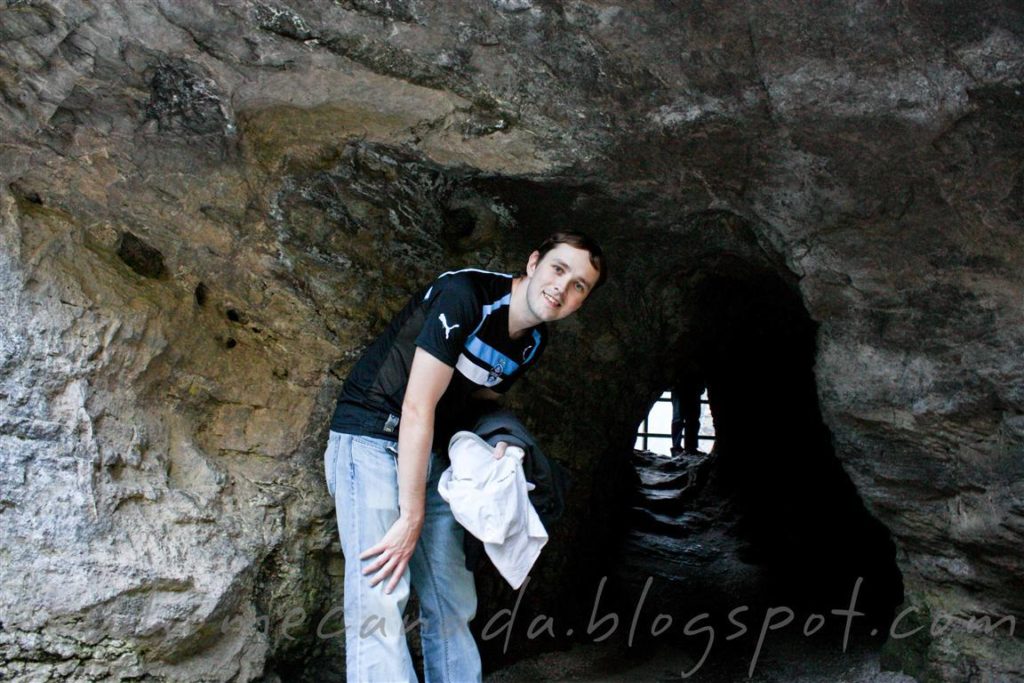 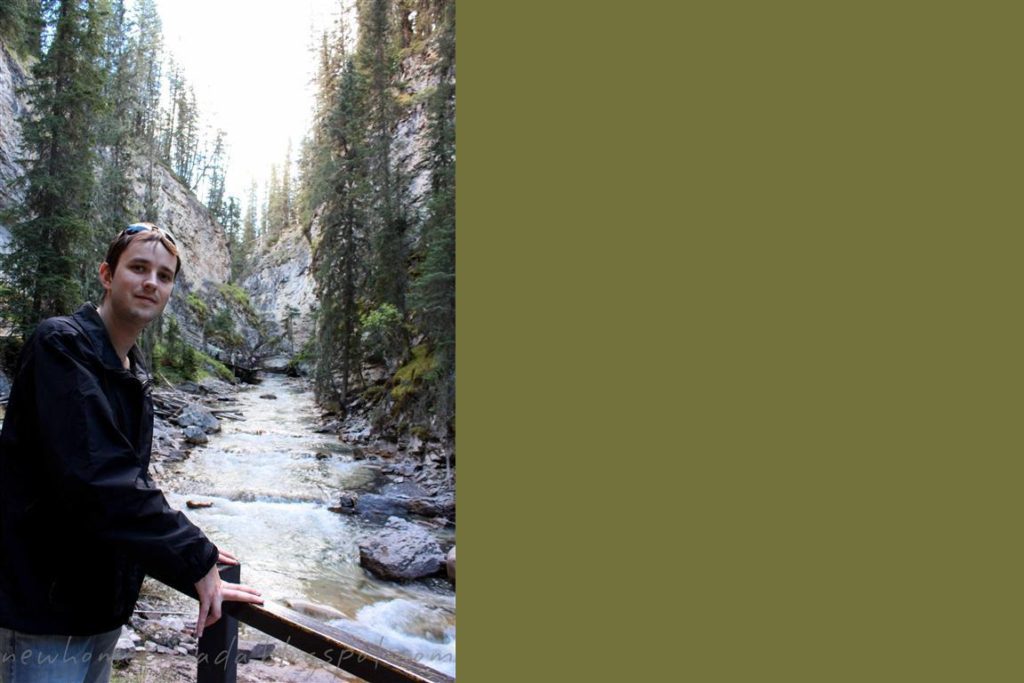 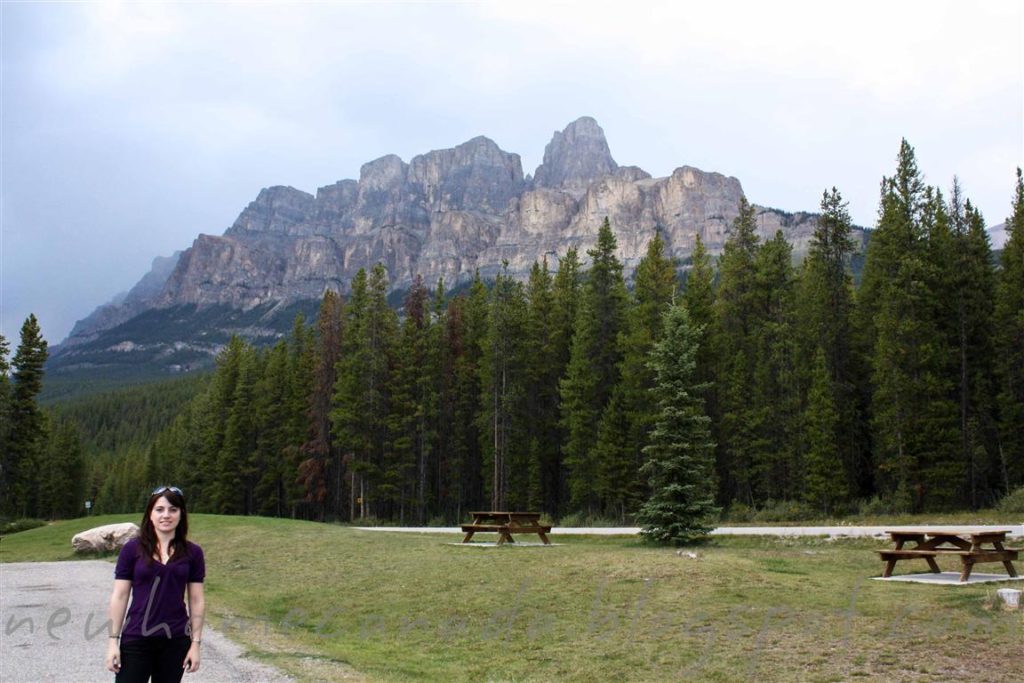 Castle Mountain – +/- halfway between Banff and Lake Louise.
We arrived in Lake Louise and went straight to the lake. There's just a sample of what comes in the next post. 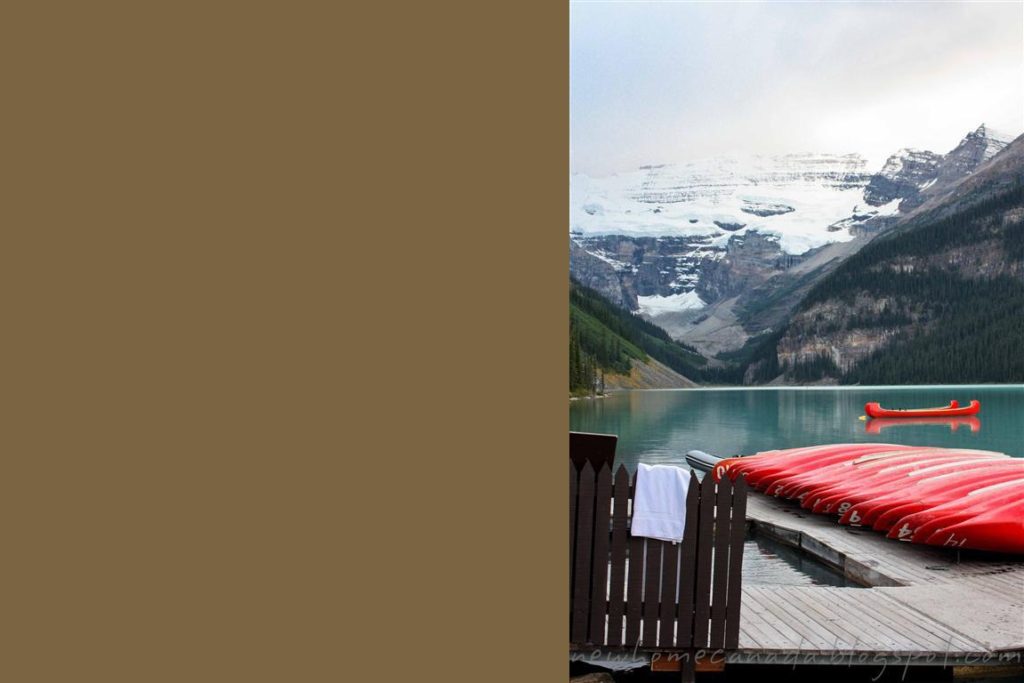