I was with a semi ready post of the first snow of the year that fell on Saturday and our autumn here presented us with a snowstorm and by itself, took away all the purpose of that post. I thought those five inches on Saturday weren't even worth compared to those 25cm on Tuesday and Wednesday.
The media had been spreading the storm since the weekend and although it was heard that it would begin on Monday during the day, it began even during the night from Monday to Tuesday. The weather forecast here does not always get it right and is only seeing to believe even, but 20cm is difficult to miss, it will be enough snow, even if they miss a little.
Yes, I agree that it's beautiful to see such a landscape, especially at the beginning of the season (cold), but with 20+cm from one day to the next, the business is not as fun as it seems.  Many things we don't even take into consideration are added to our lives with a storm like this:
1. Cleaning the driveway – for those who do not pay for cleaning service by third-party companies, has the gymnastics guaranteed. Even for those who pay for the service, often they have not even passed when you have to leave the house. Then there's no way you're going to have to clean up anyway. With 25cm accumulated, most cars skate and there is no way to get out of place anyway. We spent about 30 minutes cleaning ours this morning. I got a super back ache that's killing me today.
2. Expect traffic delays – City hall trucks pass by pushing the snow sideways or even gathering on the main streets, but on most ordinary streets, they pass much later. Therefore, your street can have the same 8 inches from your driveway. With the cars passing the snow is spreading and compacting and you can walk, but not without skating and slipping (most of the time), requiring a lot of care. With all this care, everyone ends up walking very slowly. The highway is at 40km/h this morning (when normal is 100/110km/h). 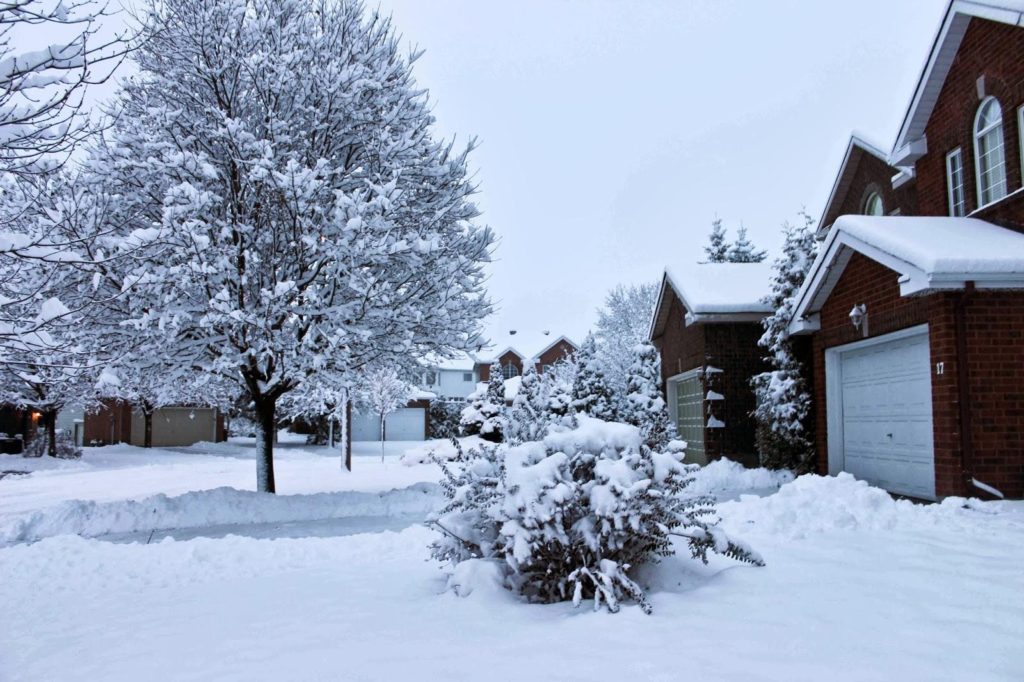 3. Cleaning in general – In most places, you have to clear the way to your door for the postman or someone who can visit your home don't get bogged down. If the postman falls/gets hurt on your property because you didn't clean/defrost your sidewalk, you may even get a ticket.
Oh, you also want to let dry your clothes, shoes and accessories take away snow, because they usually get very wet at the end of forced gymnastics (do not go with the clothes you intended to go to work …). 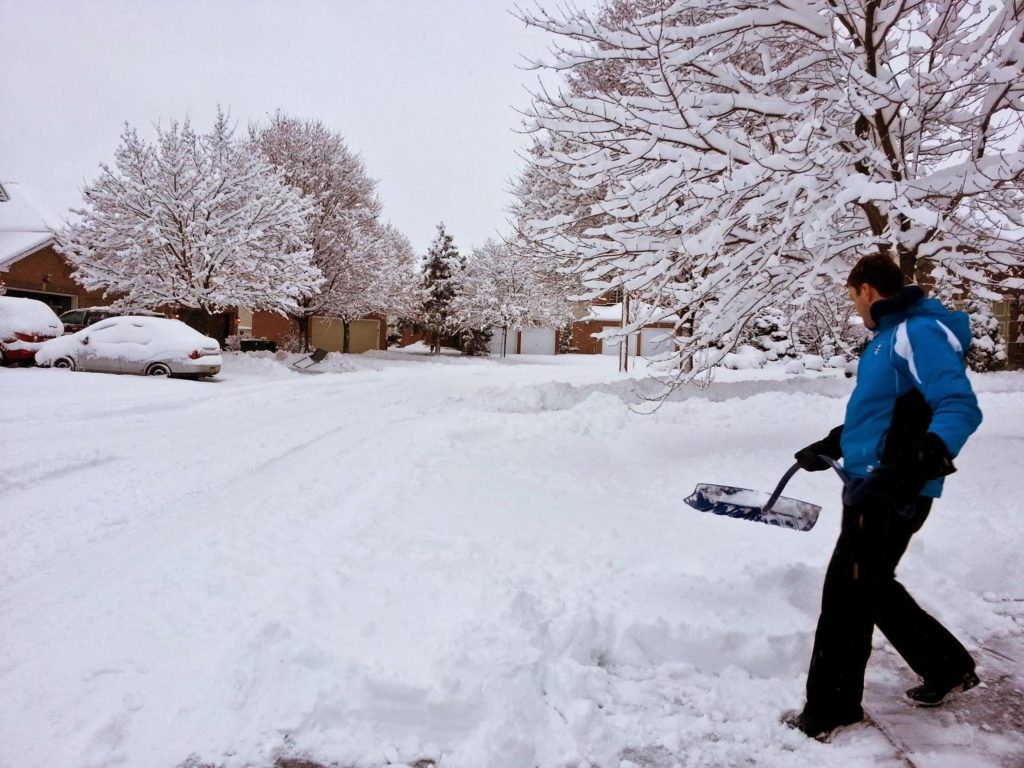 4. Cancellations – Some places even cancel events and close because of the snow, simply because people can't get to work. Lucky that day the little school in Alice remained open …
Sometimes places run out of power and water because the weight of the snow has dropped poles or damaged pipes.
5. Clean the driveway again – Because on the way home, when finally the truck passed cleaning the street, now created a hill on the curb, making it impossible to get into the car. Now the "mountain" reaches about 60cm (by the accumulation of the truck) and the snow is hard and half dirty. More gymnastics…
Oh, I forgot about the backyard. round 2
Bjos
*Wilma: the stripes look of different widths, because I used the tape to isolate the white stripes first, putting the ribbon on the future yellow part. After the white was painting and it was dry, I did the same, only by applying the tape on the white part, isolating the bands soon to be yellow. It's not too hard, it just takes time… Did I explain it right? 🙂