*Thank you for the kind comments!!! I'll be back later this week with details of our newly revealed little secret. 🙂

Following our tours of beautiful St. John's (Part I here). The next day, our plan was to take the boat trip, the peak point of the trip. Due to some recommendations, we decided to leave a small town about 40 minutes from downtown St. John's, called the Bay Bulls. We took the 11:00 a.m. tour with O'Briens, properly married, because the temperature should be about 9 degrees at the exit and about 5ºC on the high seas. We would have the chance to see whales, birds and icebergs, but we ended up seeing only the first two, since the icebergs were further from the coast in that area and you wouldn't be able to spot them.

I must point out that I do not recommend the ride for pregnant girls, as is my case. With the action of the wind and the rough sea, the boat moved so much and did not pass so well no. At least I got a little see the whales 🙂 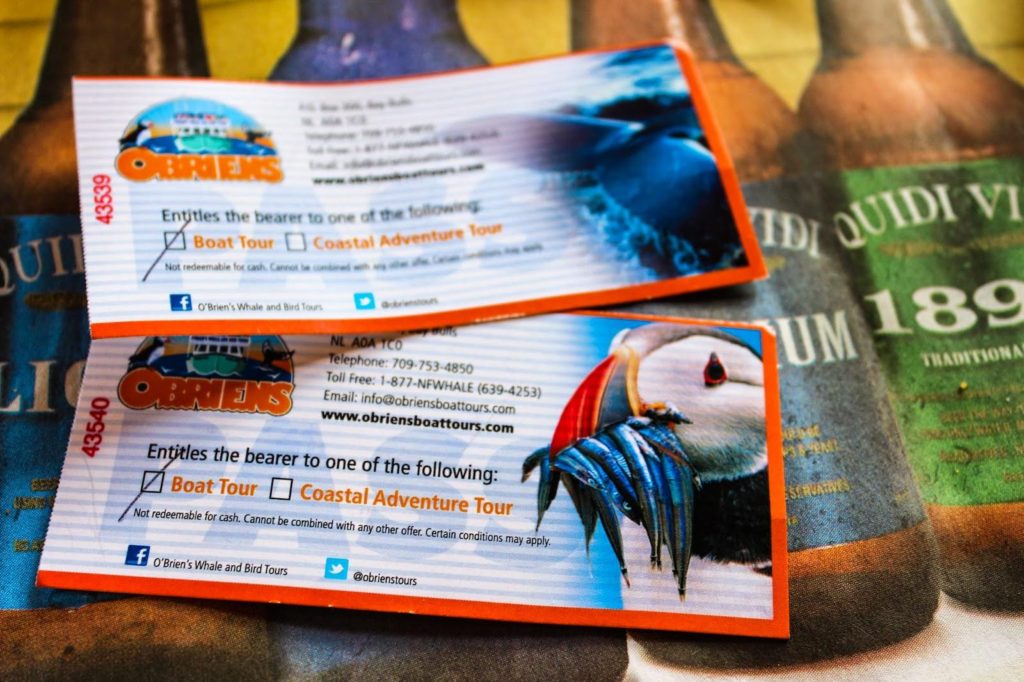 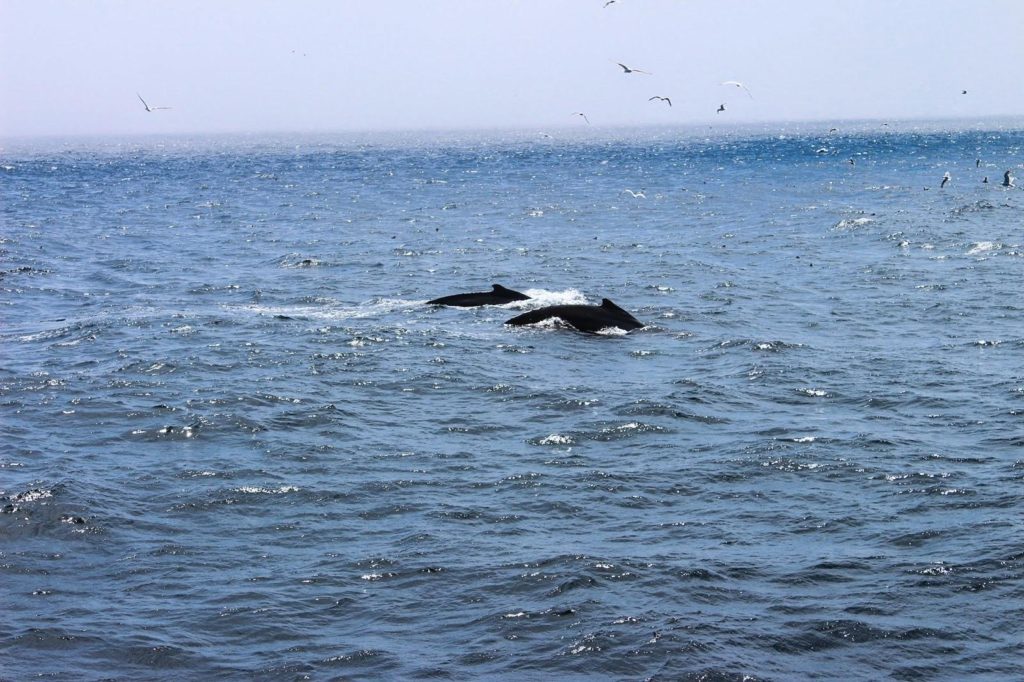 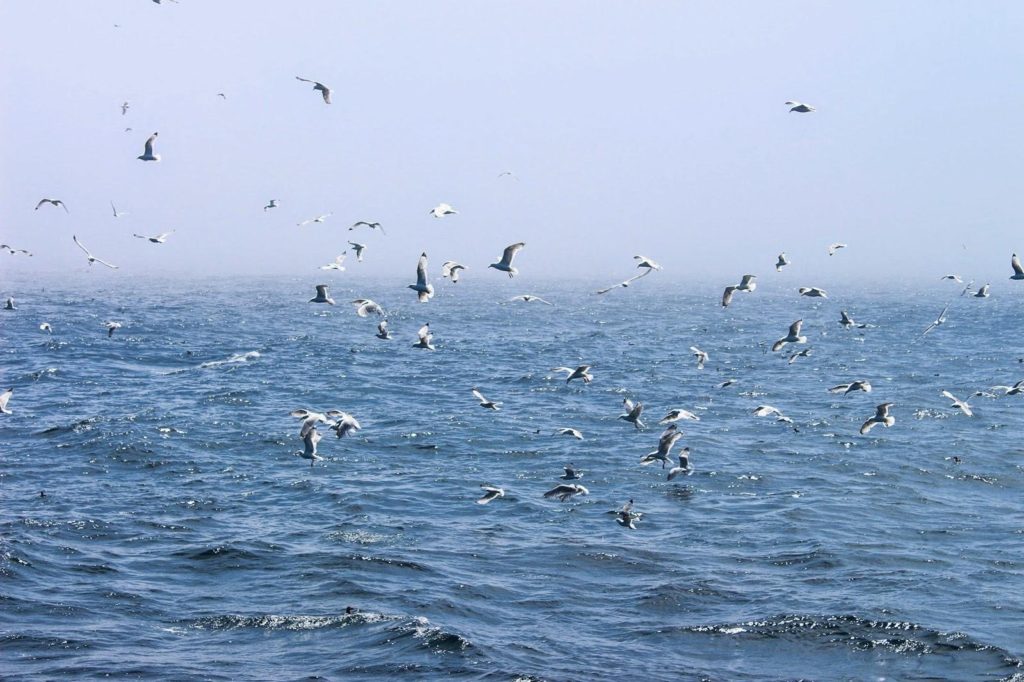 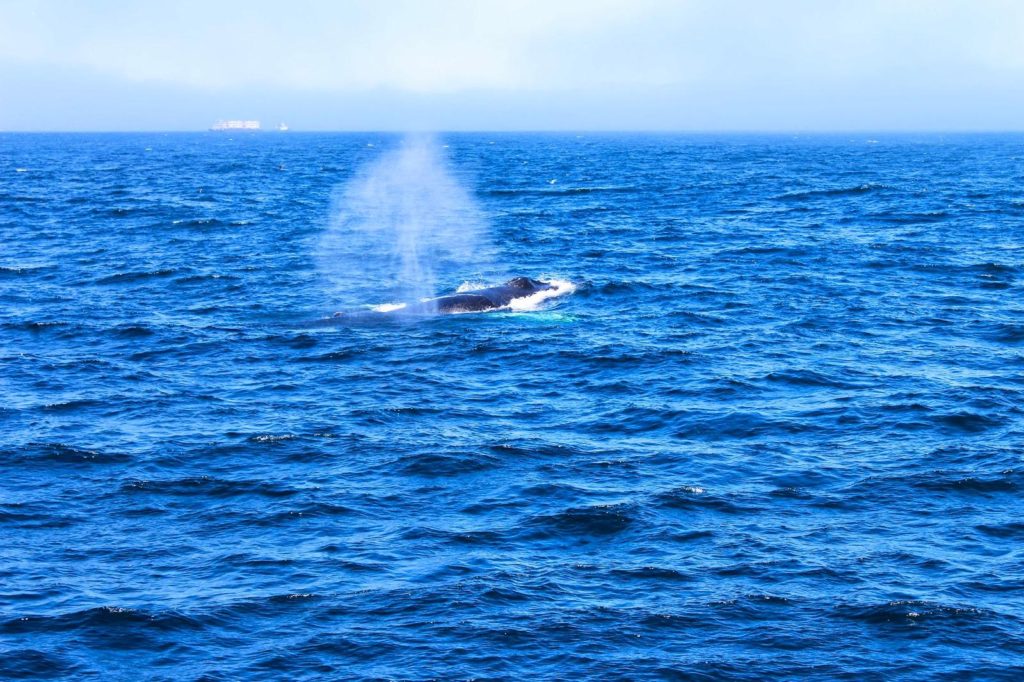 Next stop was cape spear, already on the way back to St. John's. The site's lighthouse was built in 1836, the second of Newfoundland. Cape Spear lies at the easternmost point of all Of North America (continental) and also houses old reserves of weapons and ammunition in order to protect the entrance to the port of St. John's during wars.
The fog was thick as soon as we arrived, but we got a few moments of visibility to see the icebergs. 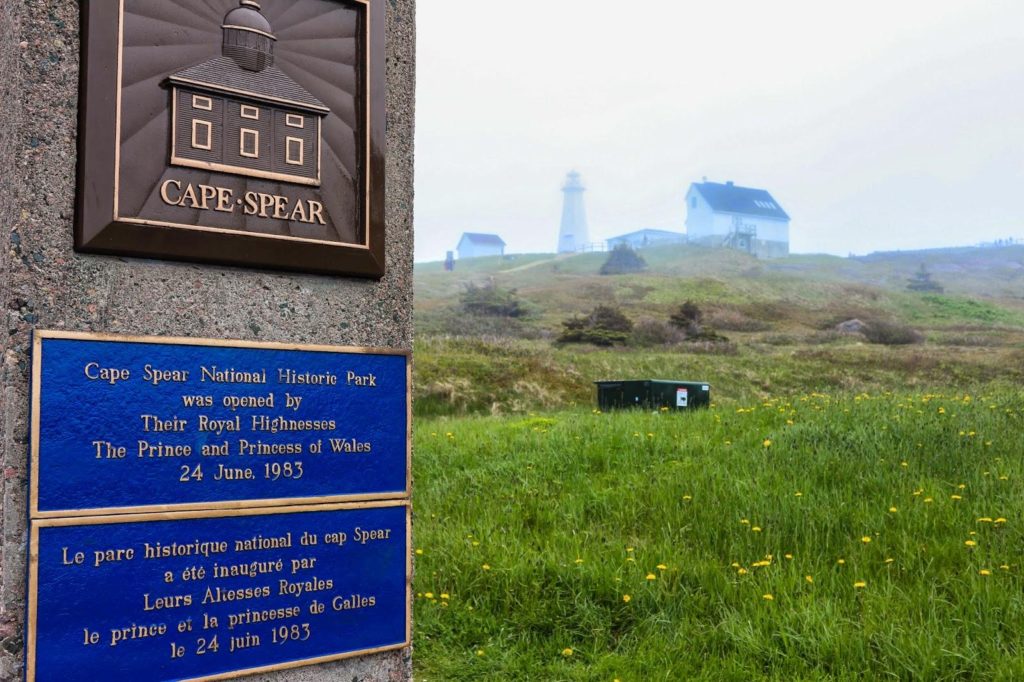 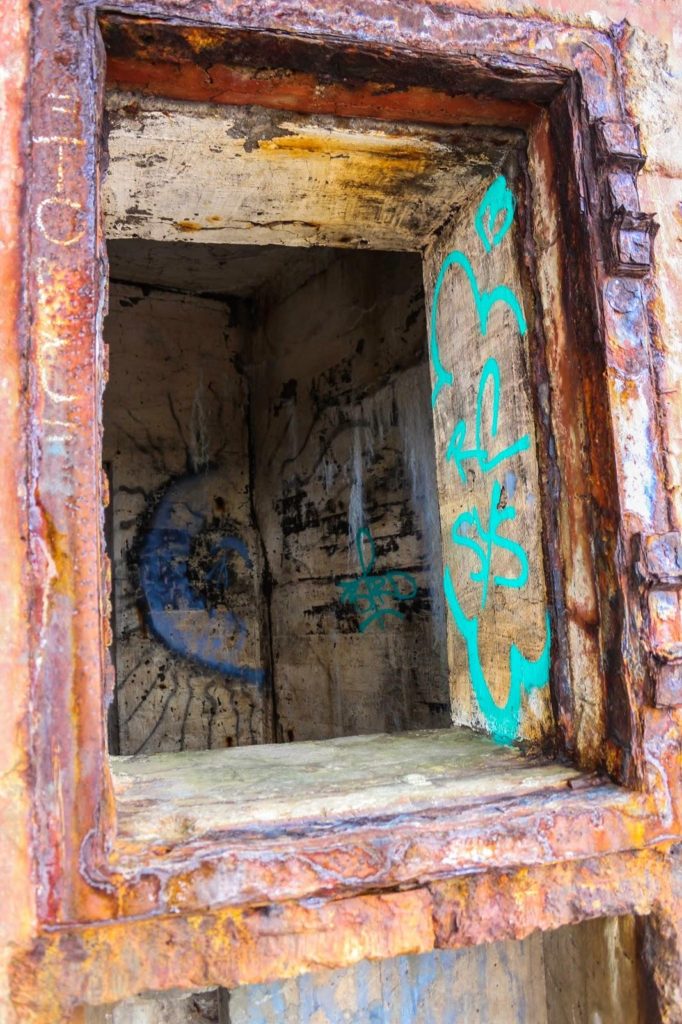 We decided to retake a 40-minute drive north of St. John's to see if we had any better luck with the fog and it worked… look at the difference in the photo below, between one day and the next…. 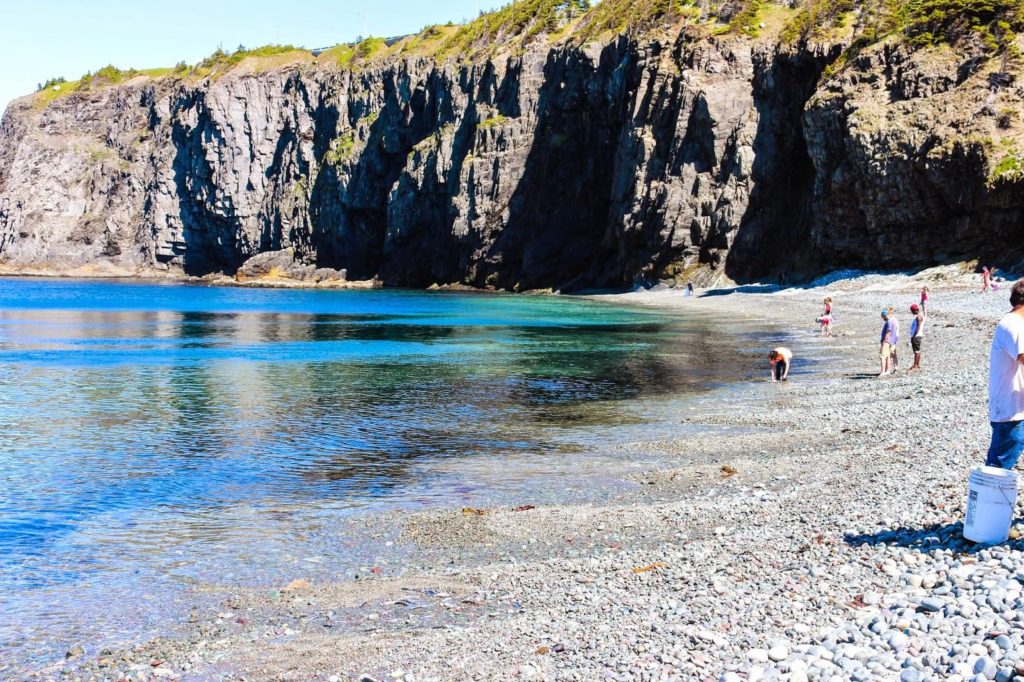 Finally, we pass a very nice area called Quidi Vidi, a middle of fishermen and where is a micro-brewery. 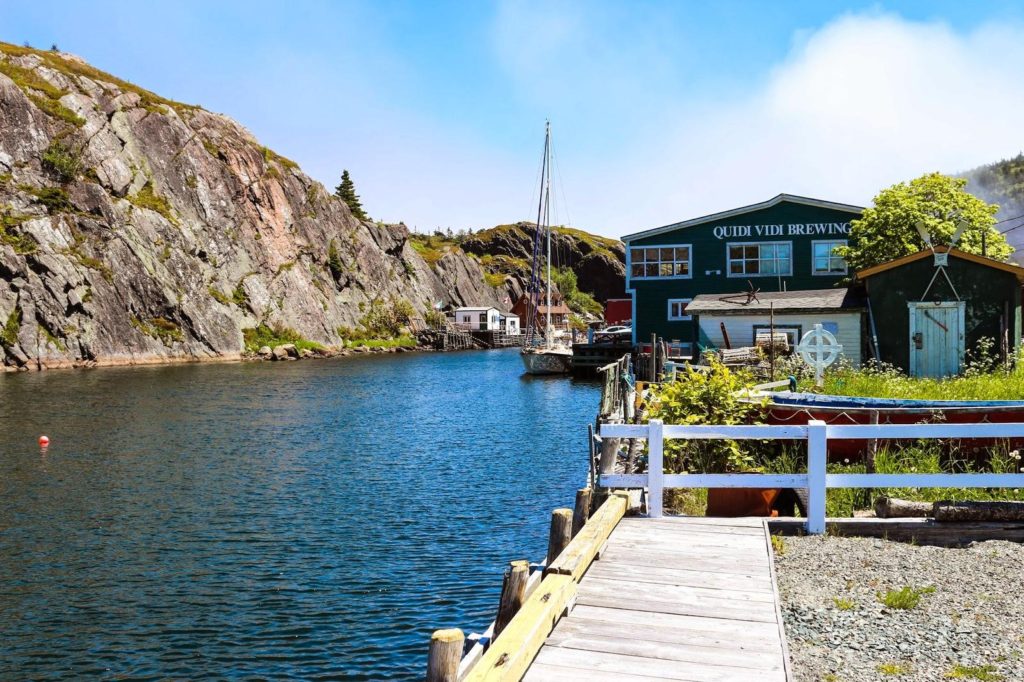 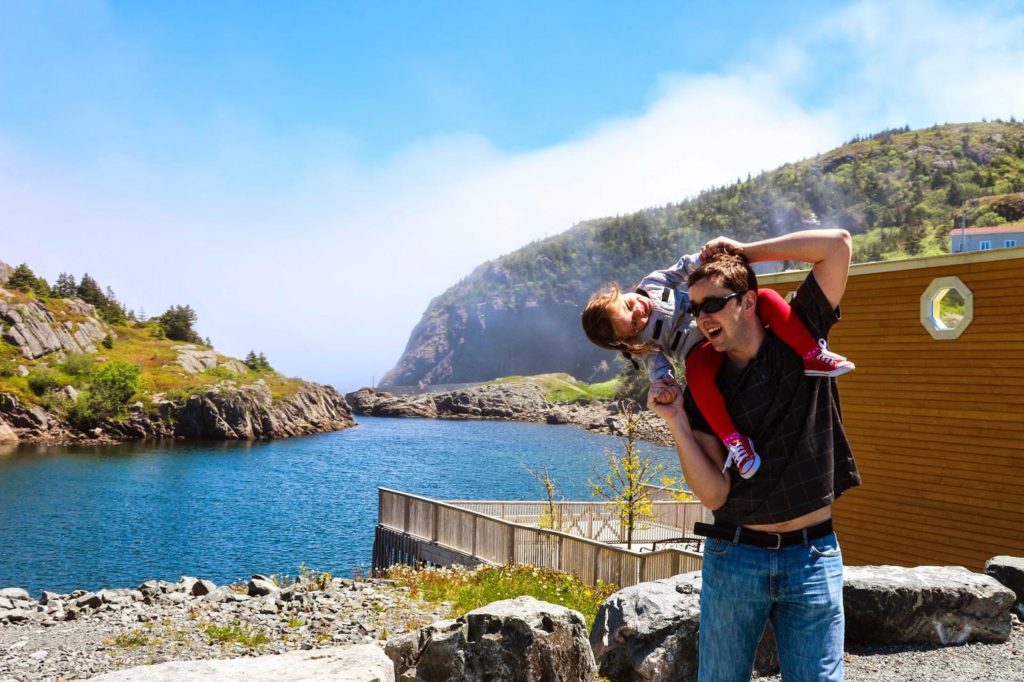 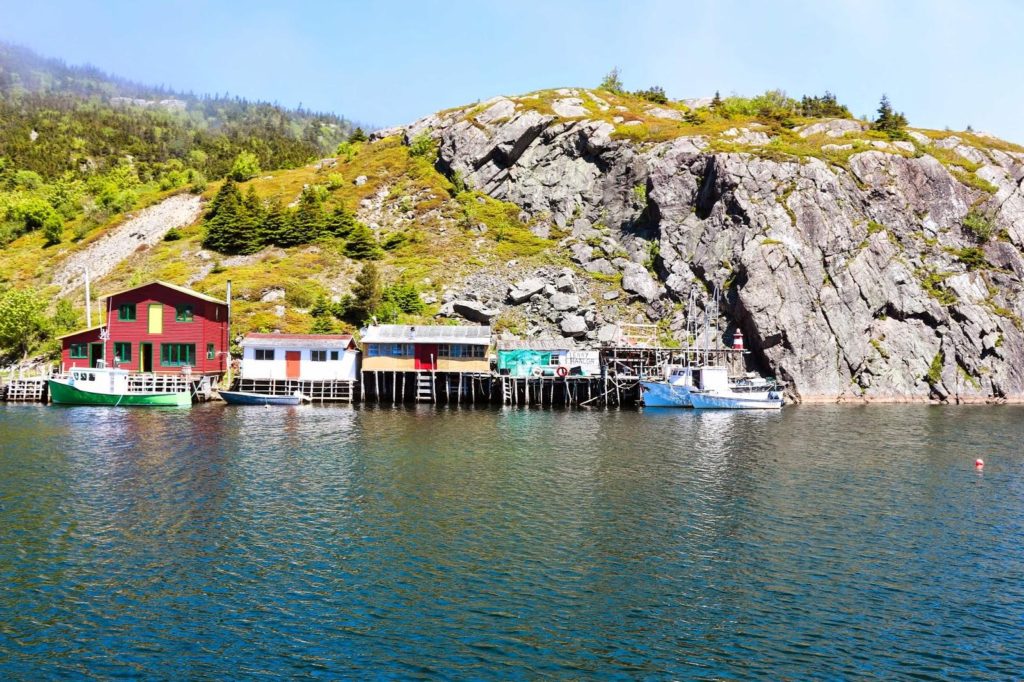 Overall, we really like St. John's. As for the cuisine, they say you should try the fish and chips and cod's tongue if you go through there (both tested and approved). We thought we'd have more seafood options because of the proximity, but it was hard to find. It also has the tradition of Screech-in, which is a ceremony for outsiders, which involves rum, declamation of local popular sayings and a kiss on the mouth of a cod (usually frozen), until certified you win, oh that chic! According to them you become an honorary citizen of Newfoundland if you pass for the ritual that usually happens in pubs in the city center (we were recommended to Trapper John's Pub, by diego's colleagues). We leave it to the next one, for a variety of reasons. Lol
The feeling is that nature there is still kind of untouched and pure. The immensity of the ocean, the possibility of seeing animals and natural phenomena that are not familiar to us make St. John's a destination that should undoubtedly be on the list of those who live in Canada and like to travel.