A few weeks ago, when I was still free to travel, we went to visit our friends Carol and Luciano, in Mississauga, in the Toronto metropolitan area (GTA).
It's always nice to visit them, but again, it had to be something fast, going on Friday and back on Sunday.
Despite the 475km door-to-door, the route from Ottawa (Kanata in our case) to GTA (Mississauga) is quiet and hassle-free. The most obvious path between the two cities is by highways 417 – 416 – 401 and 403, respectively, which can be done in approximately 4h30min, since all stretches are duplicated (or tripled / quadrupled in some areas) and it is all flat and better, without toll. We always take longer (5+hours) because it has stops and any delays because of the pipi-stops… Errr… traffic and construction sites. Speaking of which, better to avoid passing through downtown Toronto (highways 401) between 2:30 and 6 p.m., when it attacks rush hour on the 401- metropolis problems… 🙂

As the weather in Toronto-Mississauga is usually rushed, there is no time to visit much. This time, we decided to take a little jump at the Eaton Centre in downtown Toronto and check out the movement and Christmas decorations! 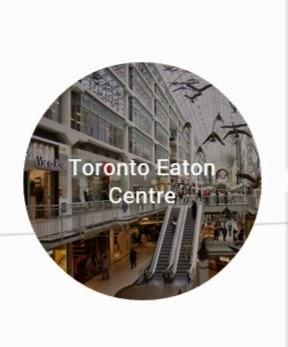 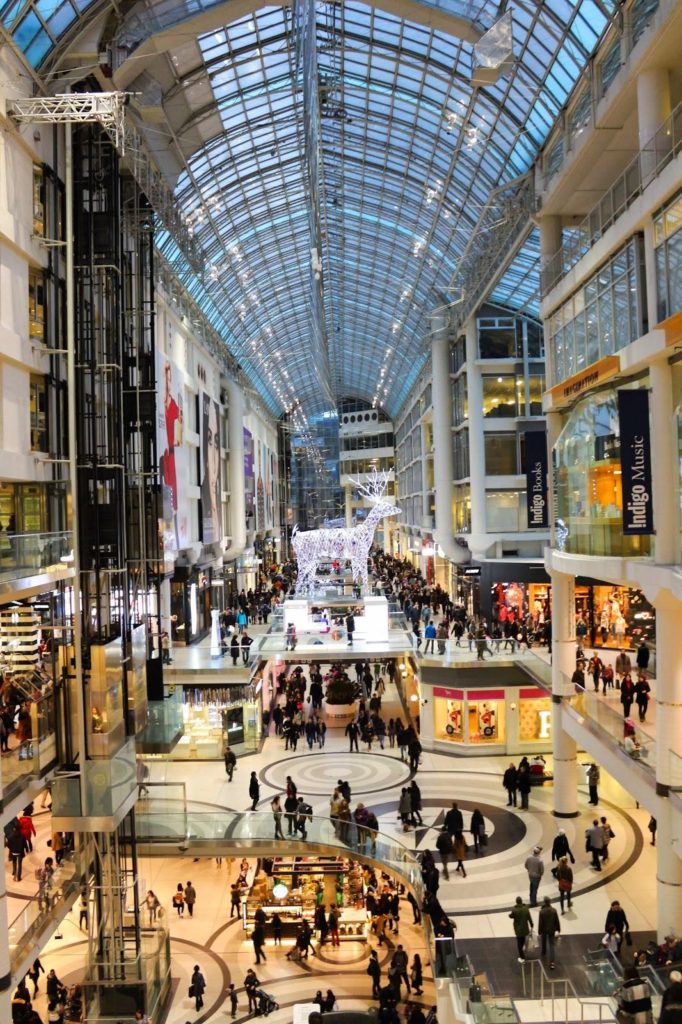