Just because we’re kind of crazy, we packed our bags and put the family that just grew up on a tour of the United States, taking advantage of some of Diego’s work commitments, knowing 4+ American cities. I’ll write a special post about traveling with children (especially so small), so I’m going straight to the cities.
The first city on the list was Atlanta in the state of Georgia, about 3hours flight from here from Ottawa (only there is no direct flight from here…). We stayed 2 and a half days there and managed to get a good look at the city.
Atlanta has about 5.5 million inhabitants counting its metropolitan area, being the 9th largest in the United States. You may remember Atlanta, since it hosted the Olympic Games in 1996. Atlanta is a well-spread city with very distinct neighborhoods. 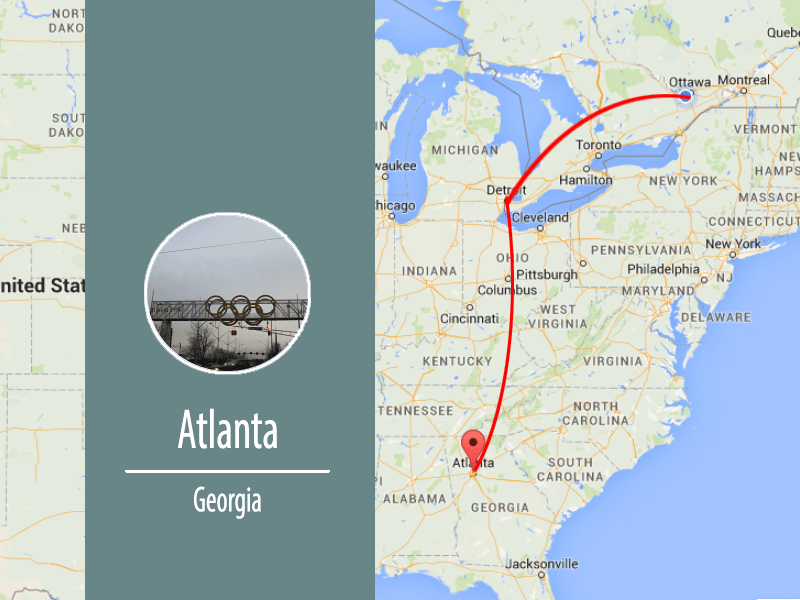 The weather is usually quite pleasant there and rarely snows. Right on the day we were there, it was cold and came to have some floquinhos, showing that yes, Canadian always takes snow where it goes … Hehehe
First tour was at the Georgia Aquarium, with more than 120,000 animals and super recommend with or without children, we spent quiet 5 hours there. The aquarium is very reminiscent of Ripley’s Aquarium in Toronto, which we visited in early 2014 (you can read here). 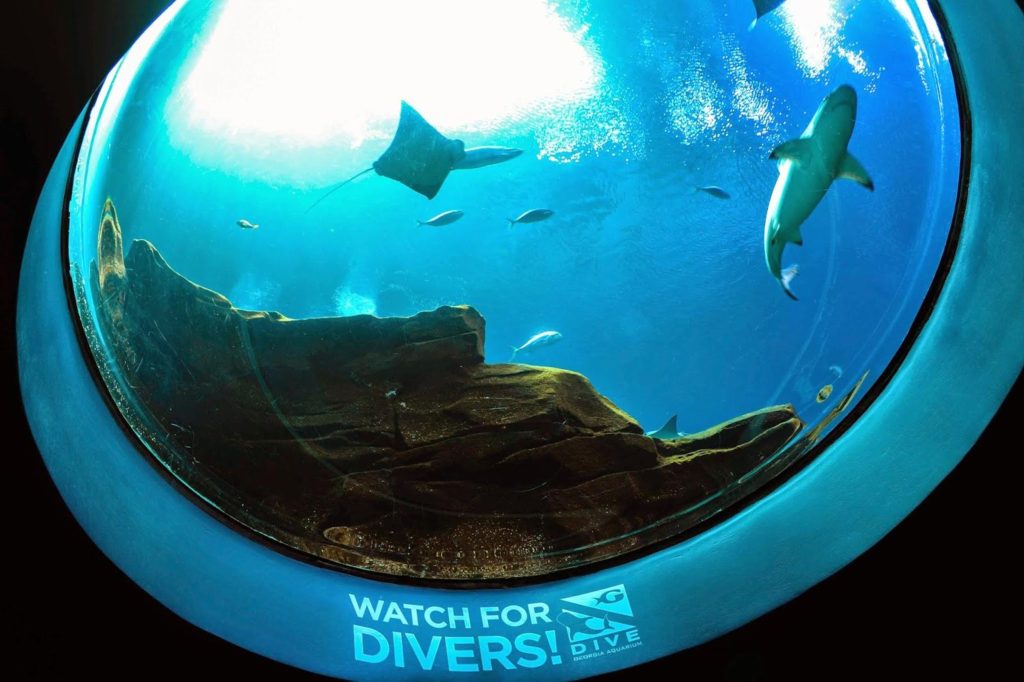 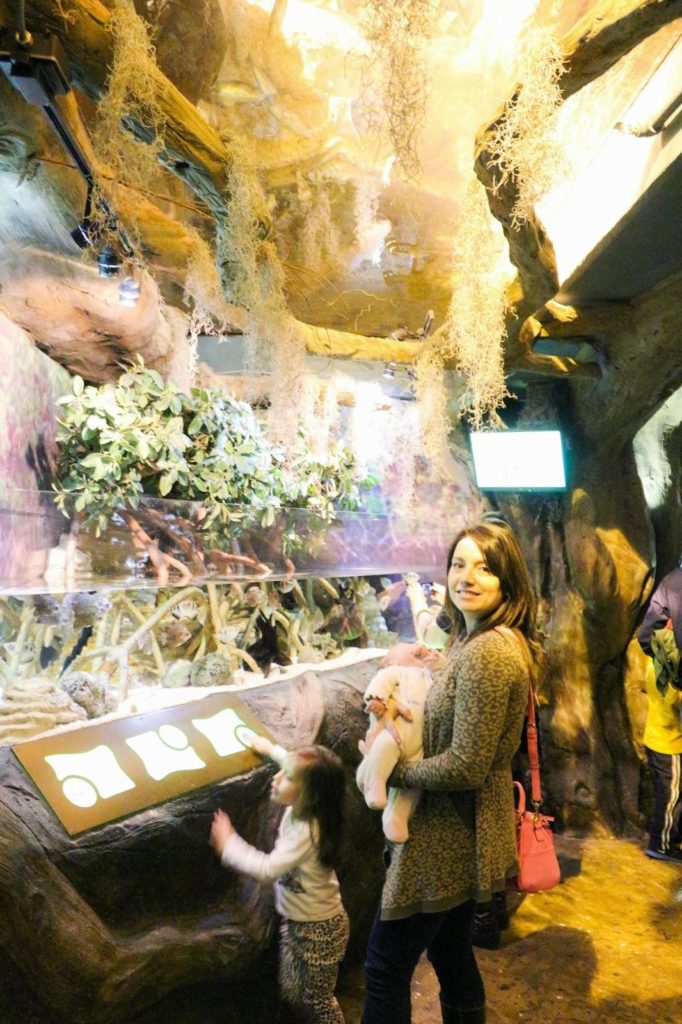 Next, we took advantage of the warmth (quite the contrary!) and walked towards Centennial Olympic Park, the most important park at the time of the Olympics. We also crossed the World of Coca-Cola (the company’s headquarters is in Atlanta), but unfortunately we did not have time to visit this time.

We still managed to visit the Atlanta Underground, a shopping and entertainment area through underground, making use of old train tracks. We also stroll through some neighborhoods of Atlanta, where we find a super charming diner, the Buckhead diner (we recommend!). 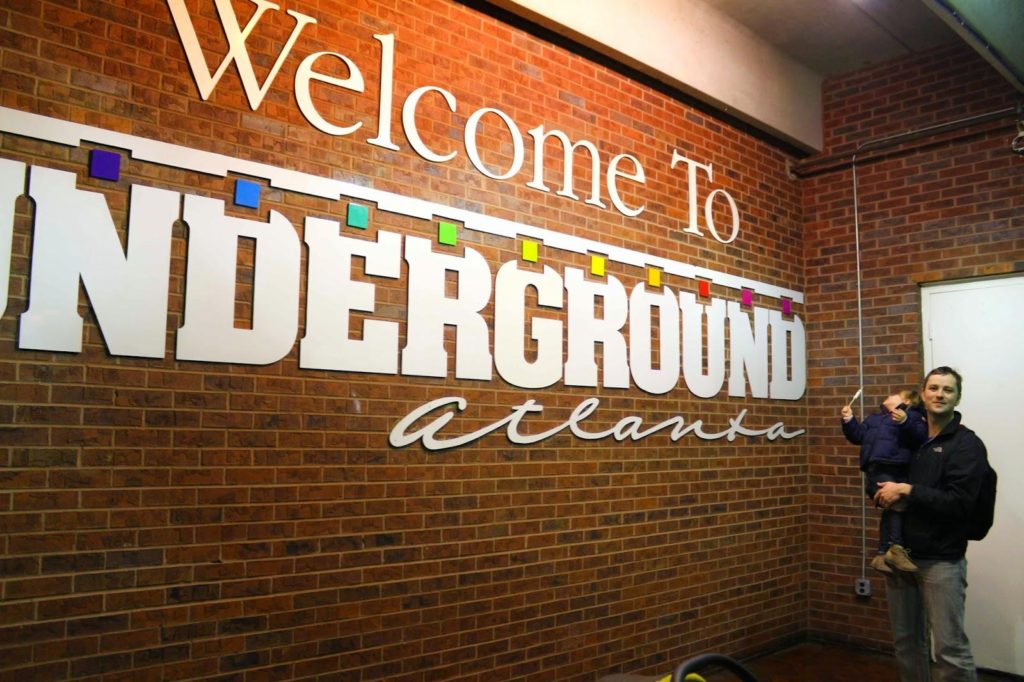 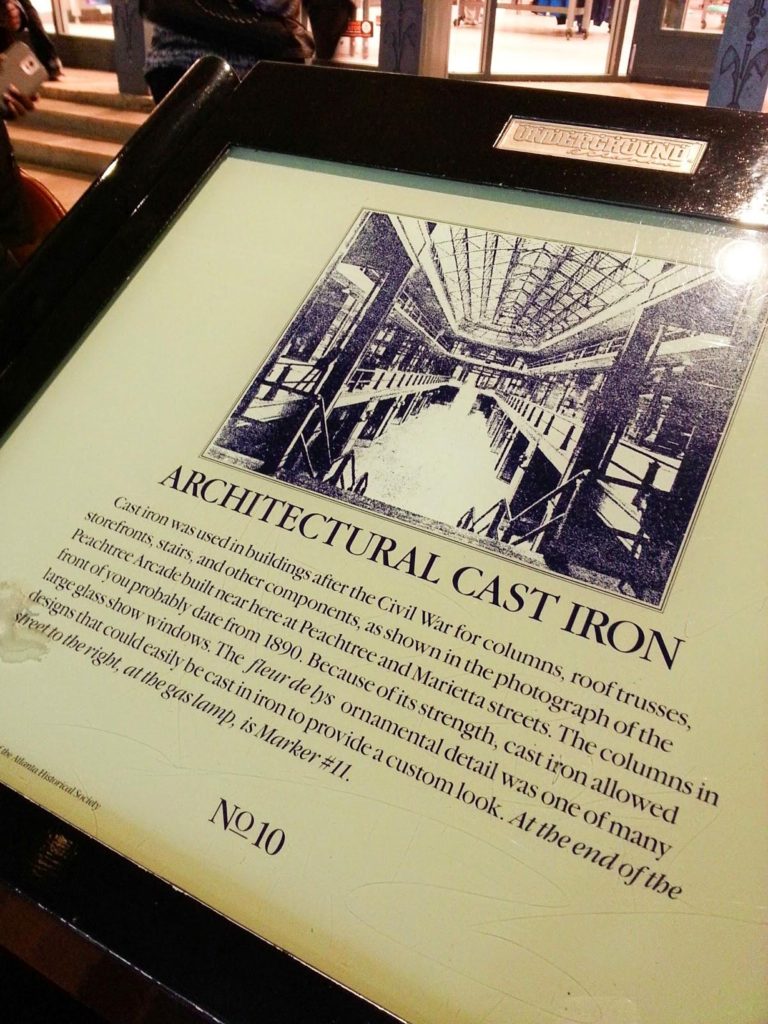