Okay, Okay, I think I take world already tired of these travel posts that never end. Because today is the last of the series, counting a little of our past, also fast, by Dallas in the American state of Texas.

I thought Dallas filled in that idea I had of Texas before I knew it, that everything is big and broad. And it was in Dallas, the place I saw most elevated, highways and highway conglomerate. I’ve never seen such road exuberance!
One of the important events in the city is that it was there that U.S. President John F. Kennedy was assassinated in 1963. In the place where the killer committed the crime (from the building from which he shot), there is today a museum in honor of the president, what happened, facts and his legacy. We didn’t think it would be a place that Alice would have a lot of fun, but until she entertained herself with the audio tour, panels and running around there. The museum is very visited and the event marked very much the American history and the people in general. 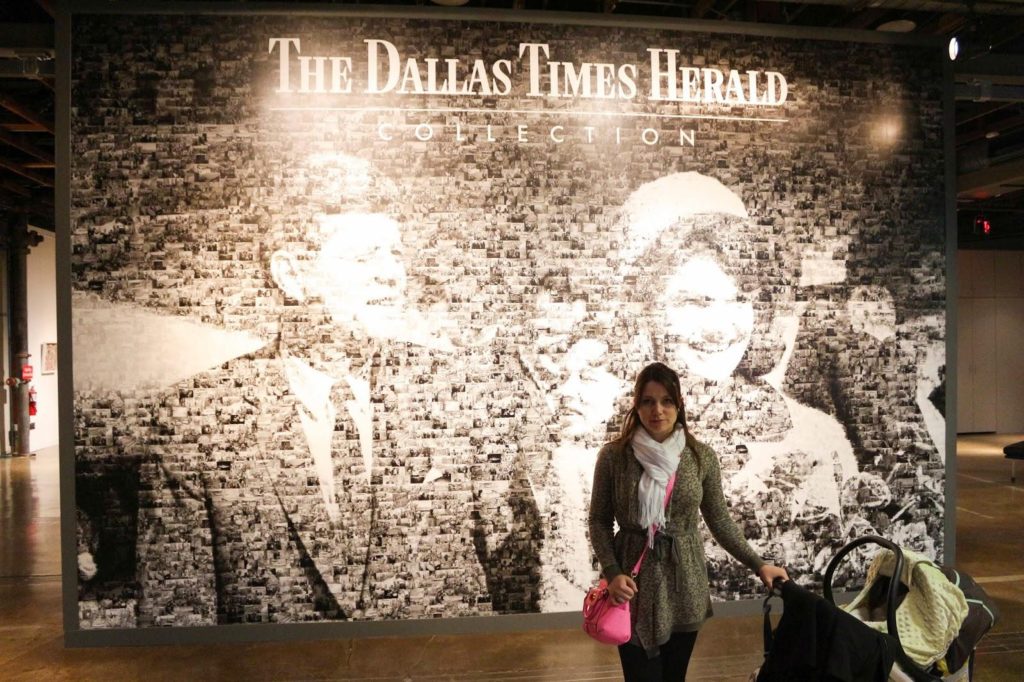 In the short time we’ve been in Dallas, we’ve been to Fort Worth, about a 35-minute drive away, where the Stockyards, which is a nationally history area, for its cowboys, rodeos and cattle trade in the past.
Because it was a weekday and with no event going on, the Forth Worth Stockyards was super empty, so you couldn’t feel all the country weather and get out of there in a hat and boot hehehe. 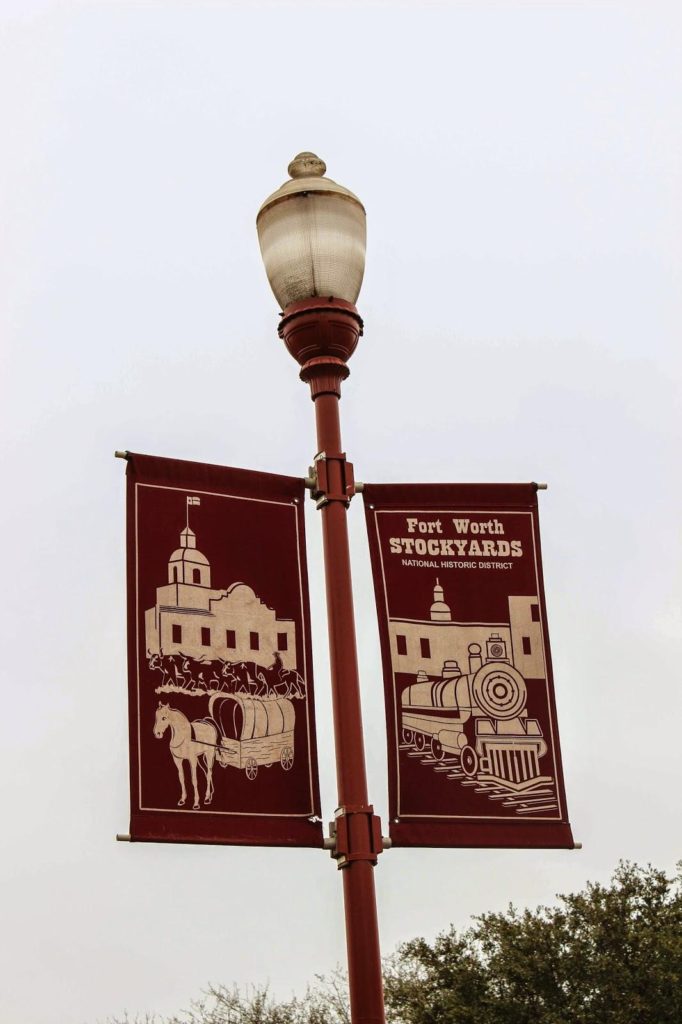 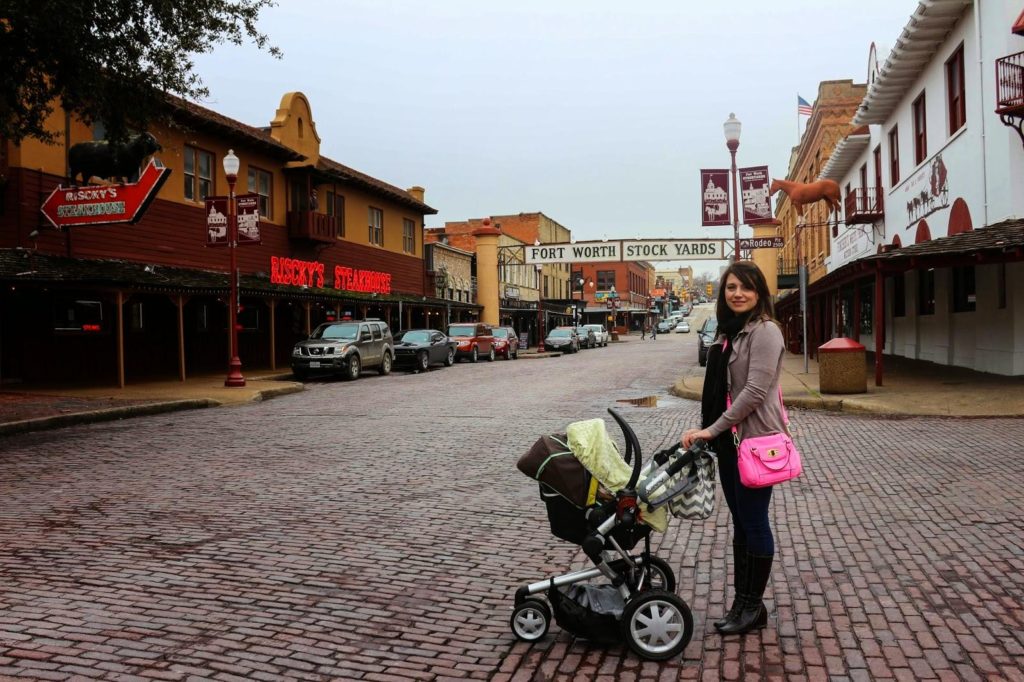 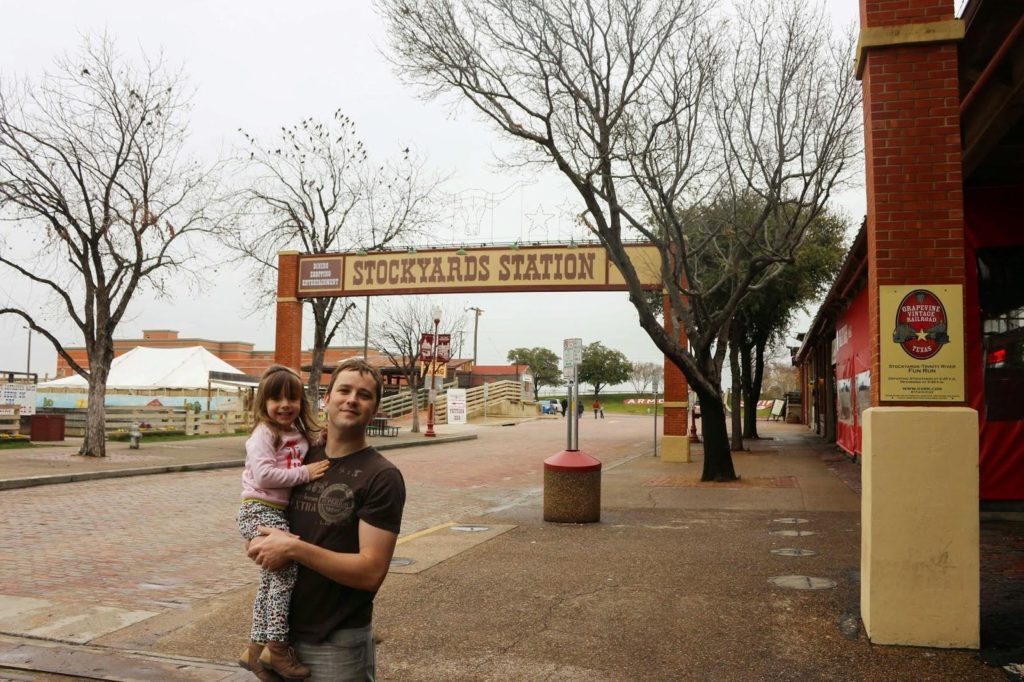 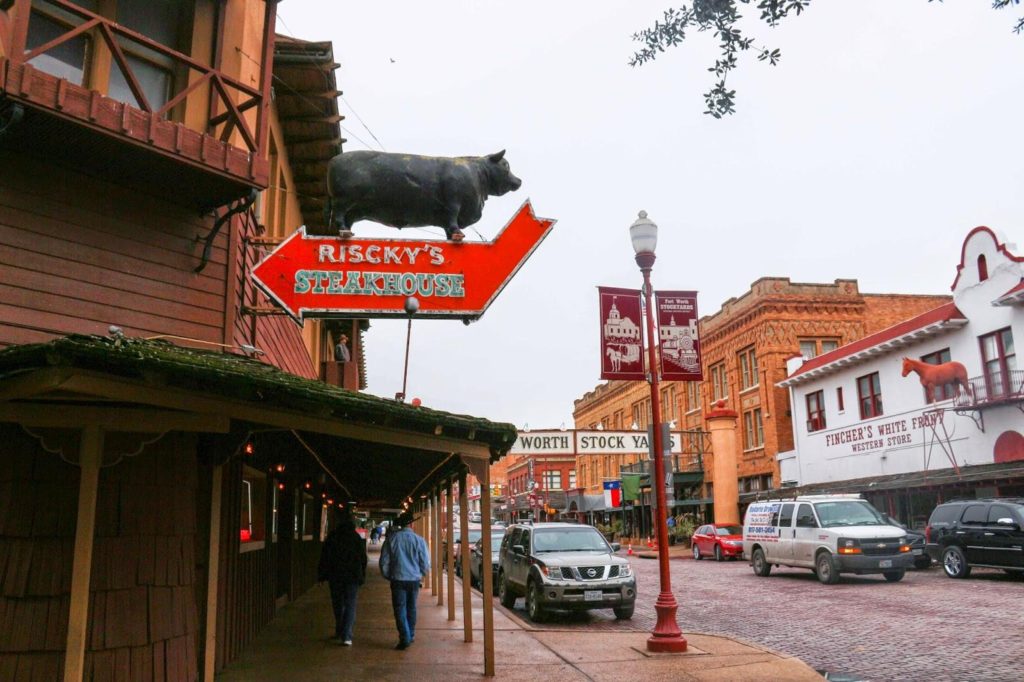 Because of the rainy weather, we couldn’t walk so much through downtown Fort Worth or even Dallas. It didn’t really work with our girls at the time (especially Diana being so young).
We then took the opportunity to take a tour of the most expensive stadium in the world, AT&T Stadium, dallas football team, the Dallas Cowboys. Diego is already a fan of the sport and the stadium is imposing even, well worth the visit (including architecturally speaking …). The stadium was supposed to cost about 650 million, but ended up costing 1.5 billion (more than double), due to the good and peculiar tastes of the team owner. The Dallas Cowboys are the most expensive team in the world as well, with an estimated value of 2.3 billion dolets. Put my chin together that he’s on the floor and now let me applaud that the place is really show. 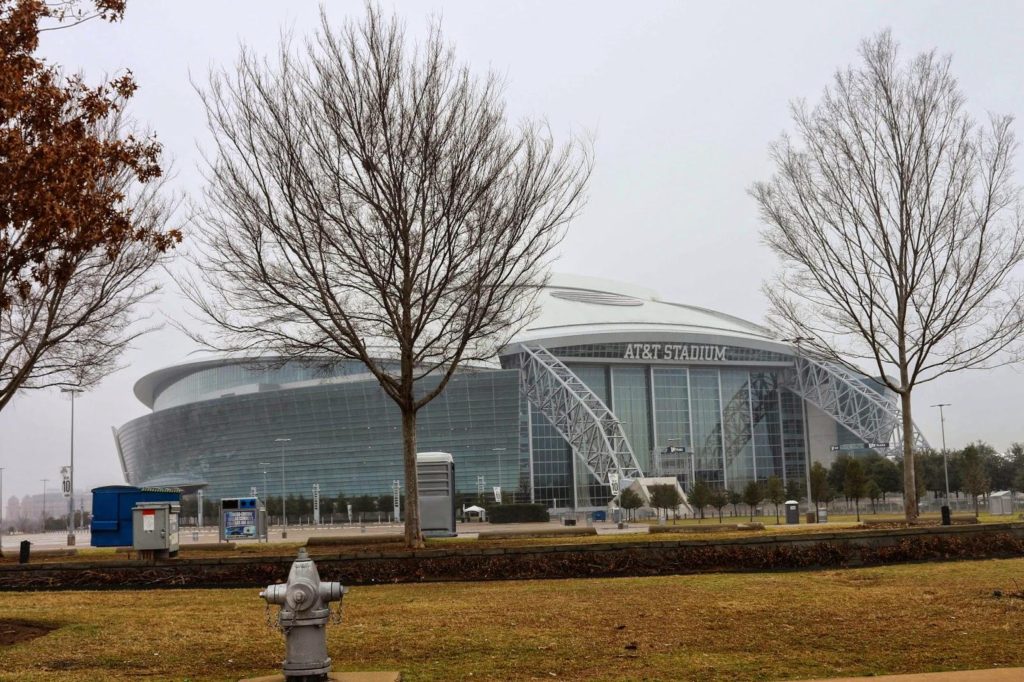 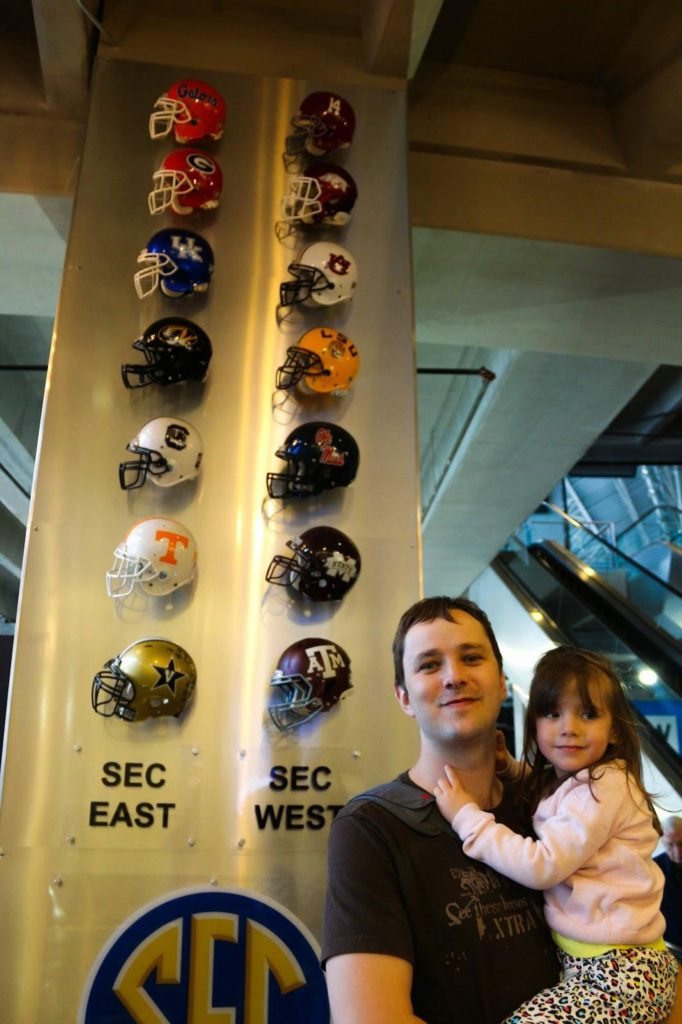 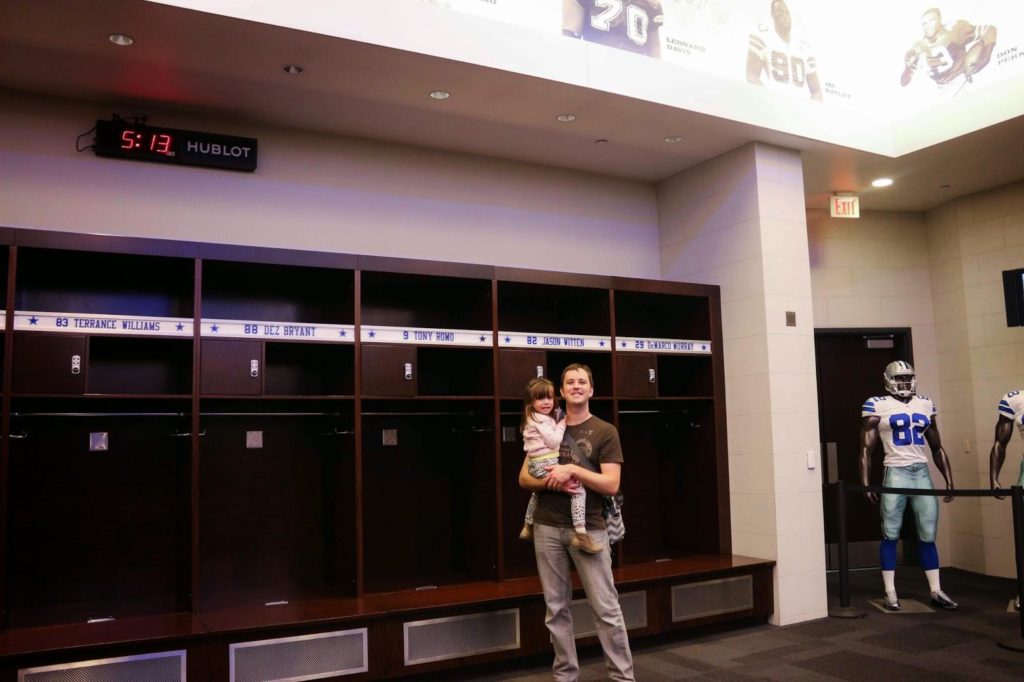 Thank you guys, for accompanying us on adventures! Thanks for it!
For those who missed our previous stops on this crazy trip, below are the links: