Here at home this year's Halloween was a lot of fun. It was Alice's second year in trick or treating and she couldn't be more energized to start on Saturday night, when all the street kids go out and go home and get candy. Diana was just getting the kids home and wasn't scared by costumes or anything.
Our Halloween decoration this year was simple, but I already bought the utensils to work the pumpkins next year.
Here in Canada, Halloween is not only treated as a somber event, especially among younger children. Most of the kids go costumed as characters and not needed zombies, witches and monsters, which I think is good for small children. 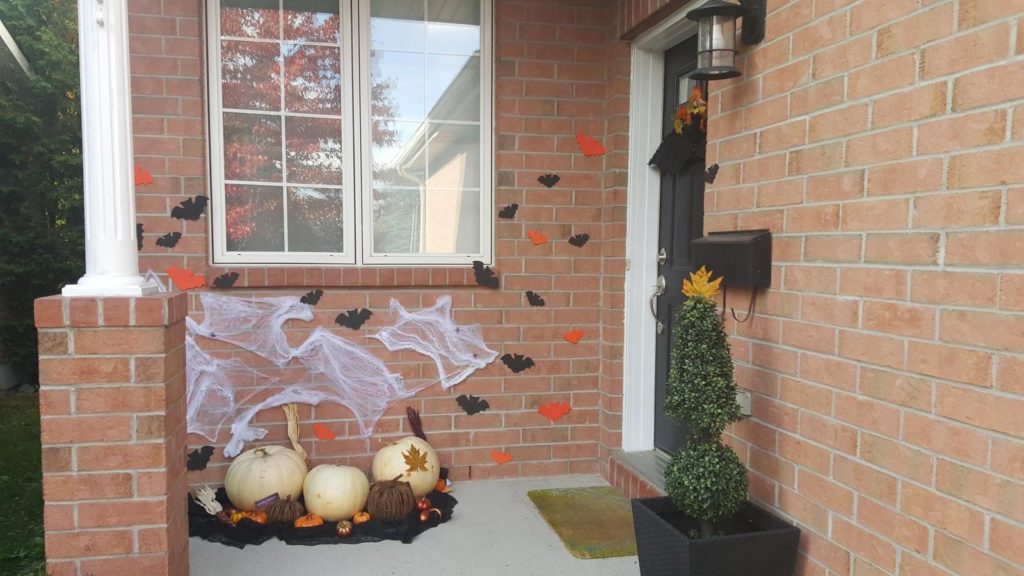 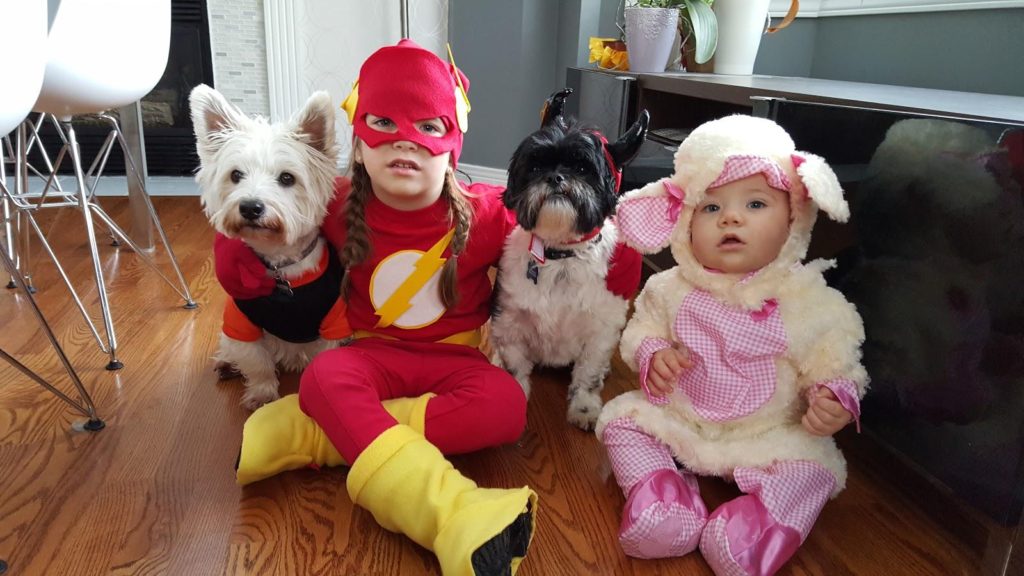 This year she chose the much loved by her, The Flash. We watched the recent TV show about it and she became a super fan. Since I didn't go after a fantasy to buy, I ended up creating at home anyway. It was all a combination and a pair of pants, red t-shirts, cap and gloves (which she can wear later) and felt, fabric and foam paper with lots of hot glue to create the whole look. All I know is she loved it!
My fantasy and Diego's, Black Widow and Neo of the Matrix, was mostly our own items, without great preparations. Alice loved that I became a superhero, needed to see her face of emotion! Hehehe
The day before, on Friday, we took a little jump at the free Halloween party at a sports/community center here near home, kind of last minute. Alice jumped into the inflatable castle, tried to climb the climbing seem, we took pictures in a decorated area and among many other things she had to do, she chose to stand in line to get a cotton candy. Hehehe 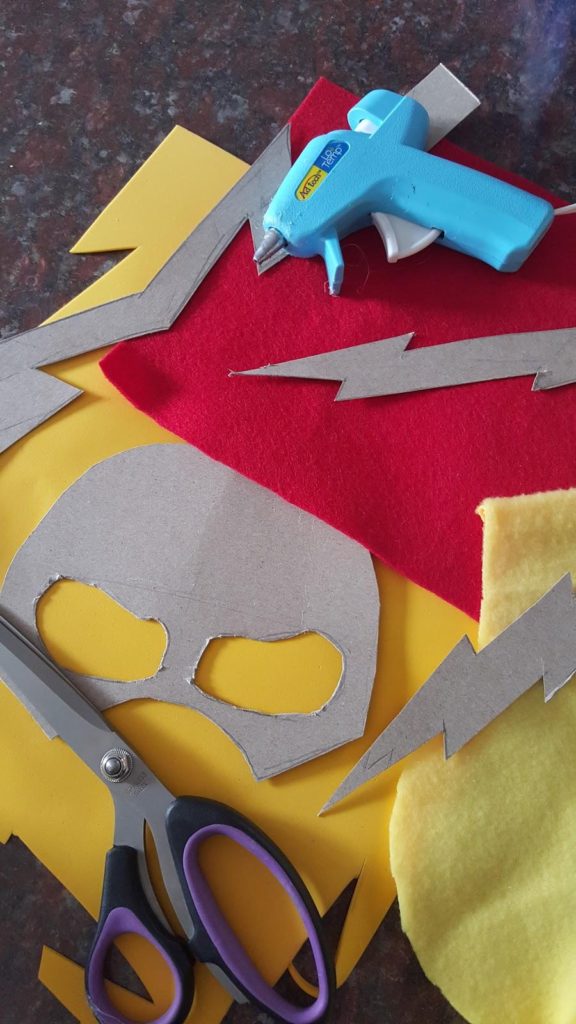 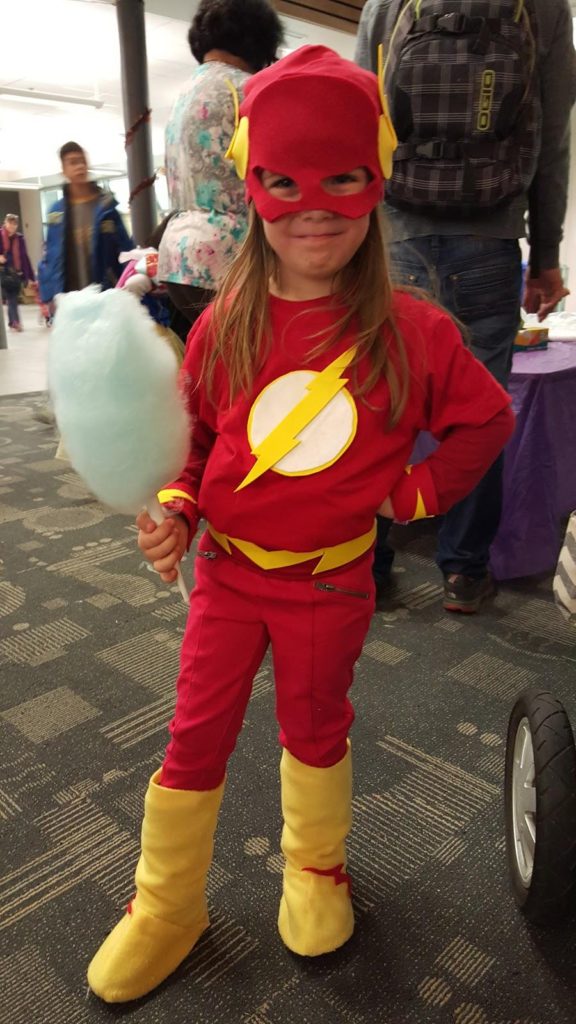 Making the fantasy of The Flash and Alice and her cotton candy. 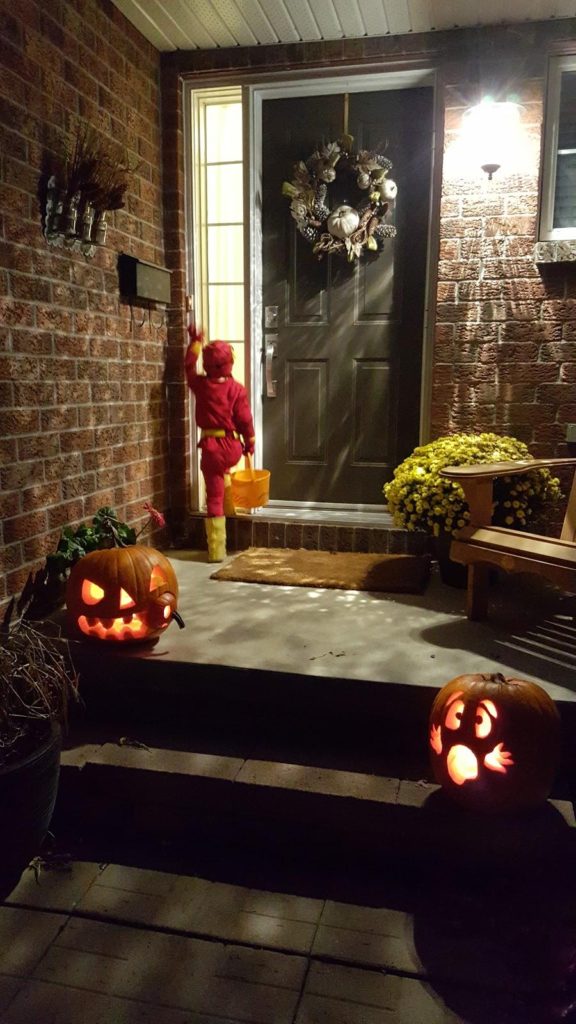 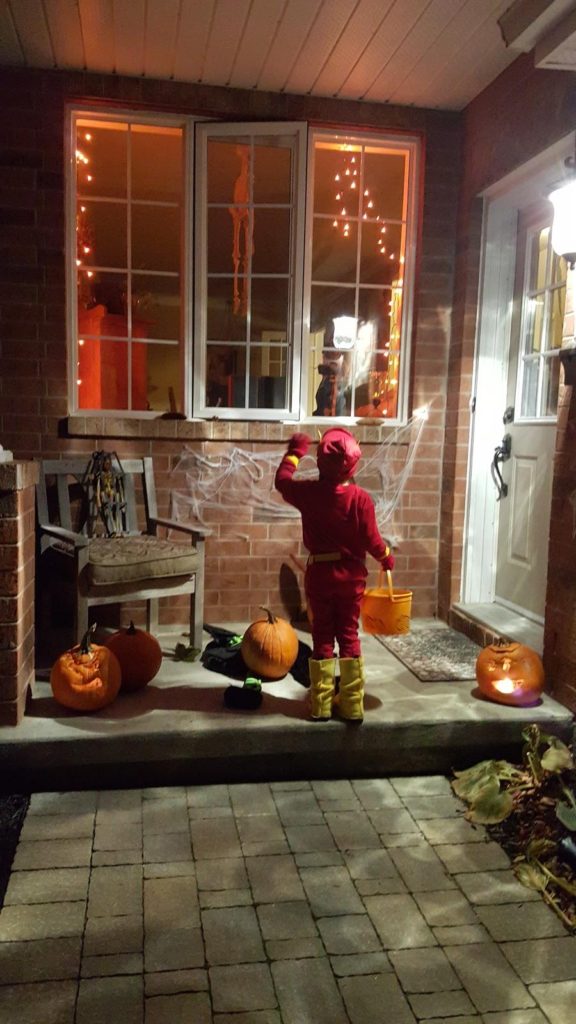 Alice trick or treating in the neighborhood houses.
It is worth remembering that no one is obliged to participate in the trick or treat, both beating from house to house and getting the children with sweets. There were many house on our street that left the lights off (and usually had no Halloween decoration in front), and so they stay out of the fun. I also didn't see an egg thrown in front of these houses or any other…  🙂 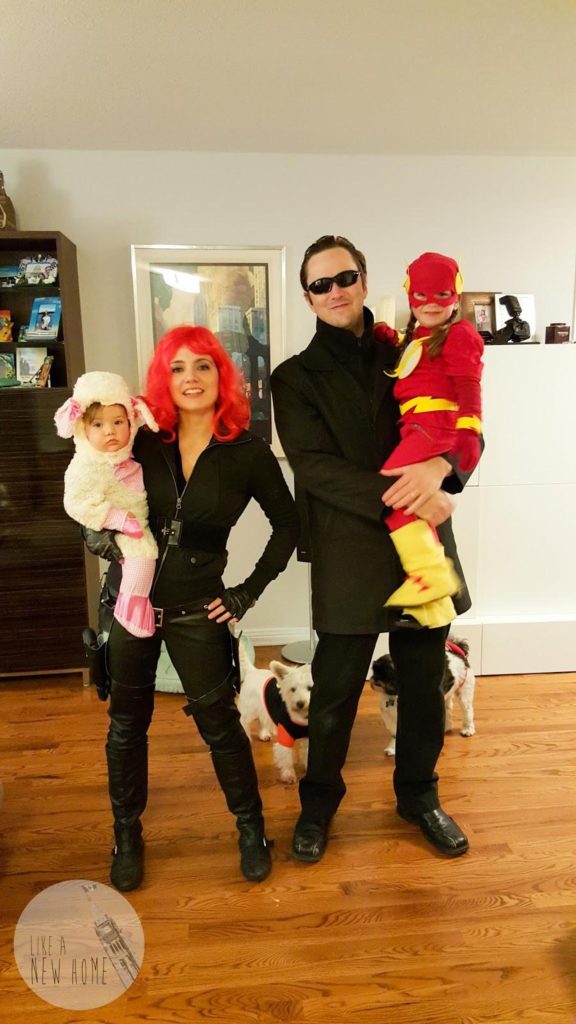 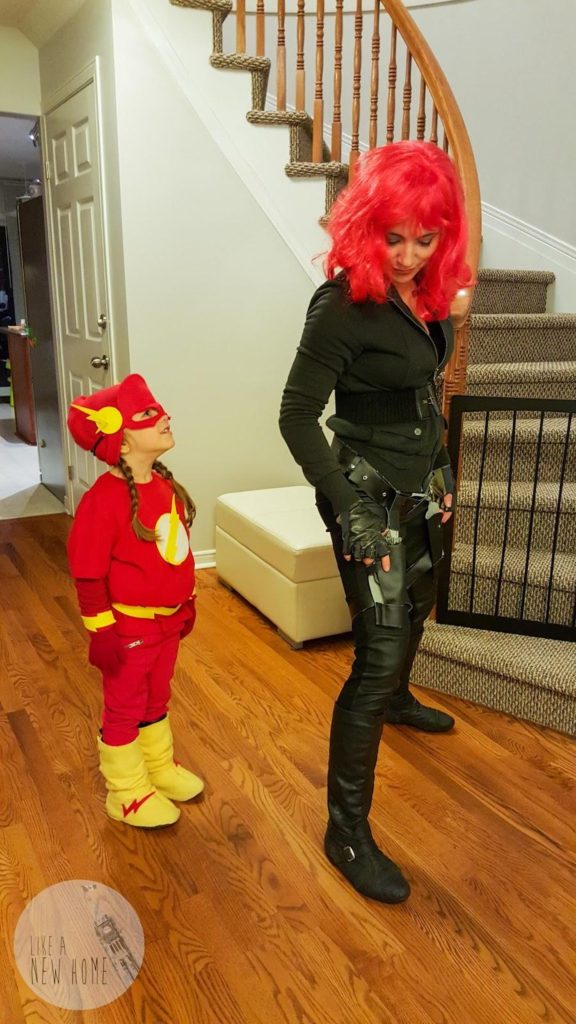