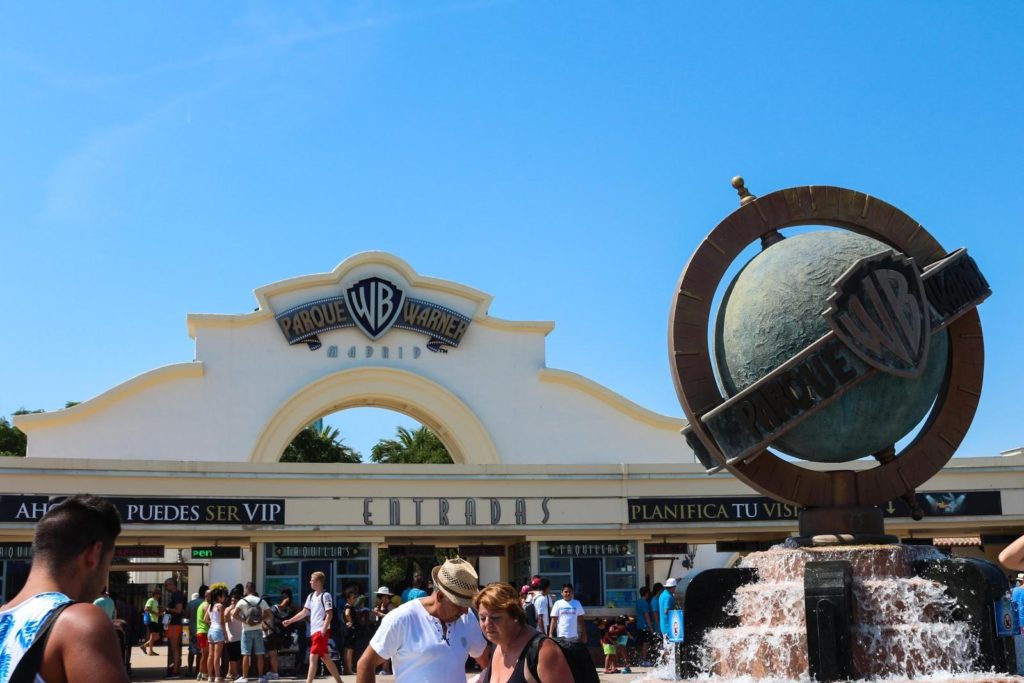 On one of the days we were in Spain, we planned to visit the Warner Park in Madrid, about 45 minutes from downtown. That was the highlight of the journey for Alice, who obviously loved it,
To get there wasn’t that easy. We decided to walk from the hotel to Atocha station, detail that were more than 2.5 km, but we chose to get to know the streets and points that we would hardly see if we had gone by subway. Arriving there at the station, we took a train of surroundings (intermunicipal and circulating within the city of Madrid too, almost like a second metro) to arrive in the small town of Pinto, where we would take a bus or taxi to the entrance of Warner Park. Ufa…
We arrived in the small town and the blessed bus to the park (which is not from the park, but leaves in front) was with the biggest queue and we were afraid that having to wait for the next. What’s more, the girls were already getting tired (and so were we) as it was around noon. Anyway, we opted for the taxi, I think it was 20 euros well paid to reassure the crowd and finally start enjoying the day. 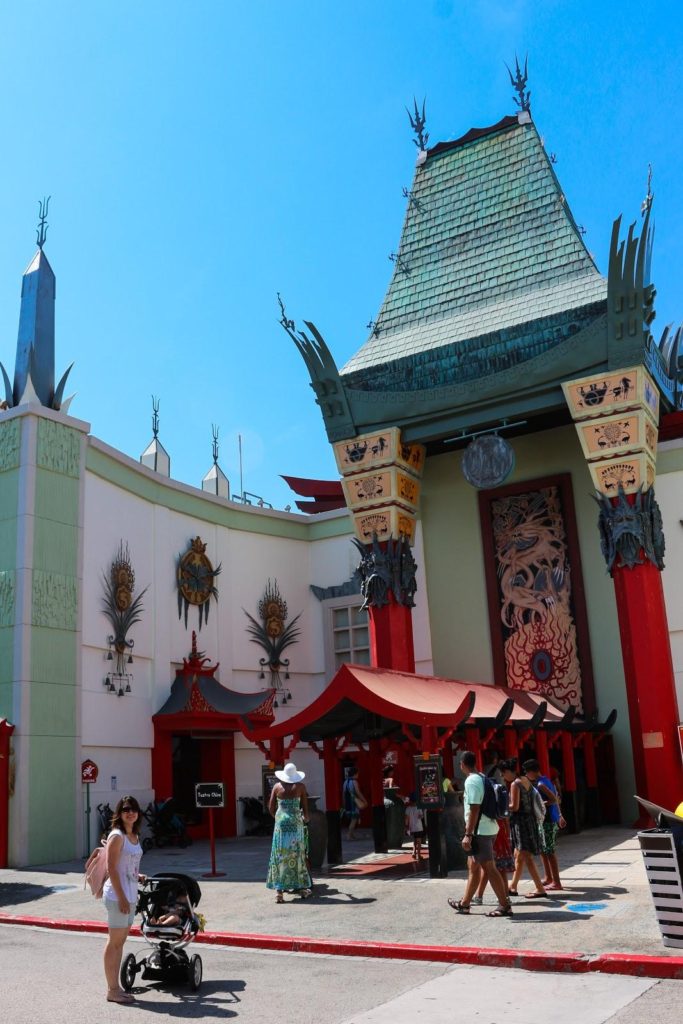 Of course, the park is smaller than Disney and other Orlando parks, for example, but you can have fun and have a very similar atmosphere, especially with universal studios. It has a size that makes it possible to visit in one day.
I just need to point out that August is one of the hottest months in Spain and we really found it on the skin. Too much heat and some attractions had large queues in poorly ventilated places and it was muffling in the right.
Diana, with 7 months at the time, took advantage of the way she can, looking curiously at everything, taking naps and even went to some attractions with us (in those allowed for her age), but that really were not many. Alice can already enjoy a lot more, it was in several things and even on two roller coasters and a-m-o-u! 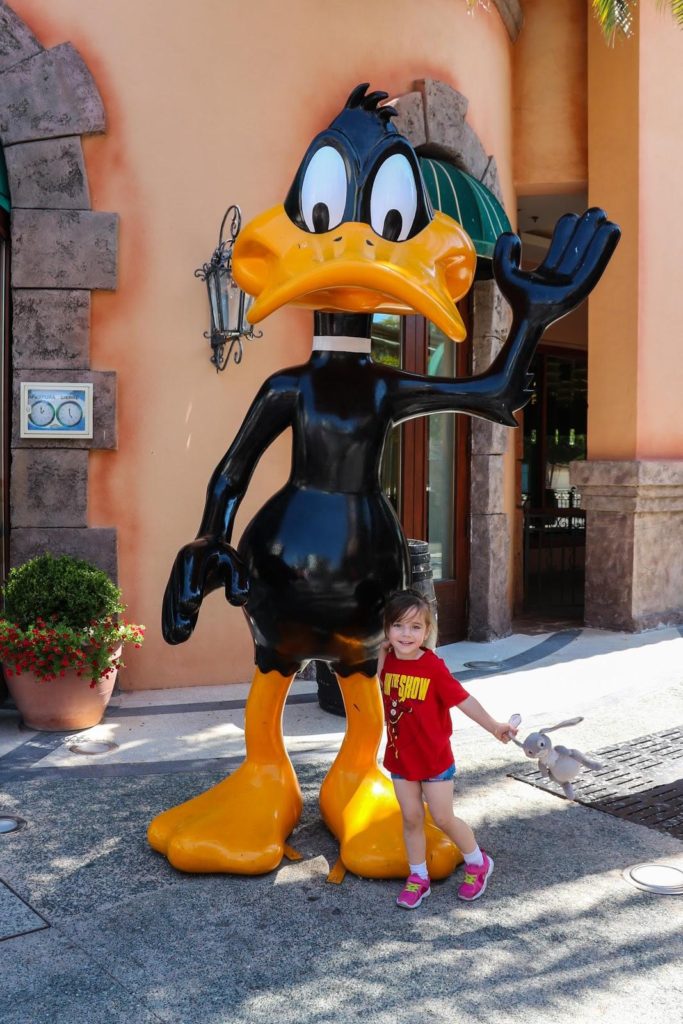 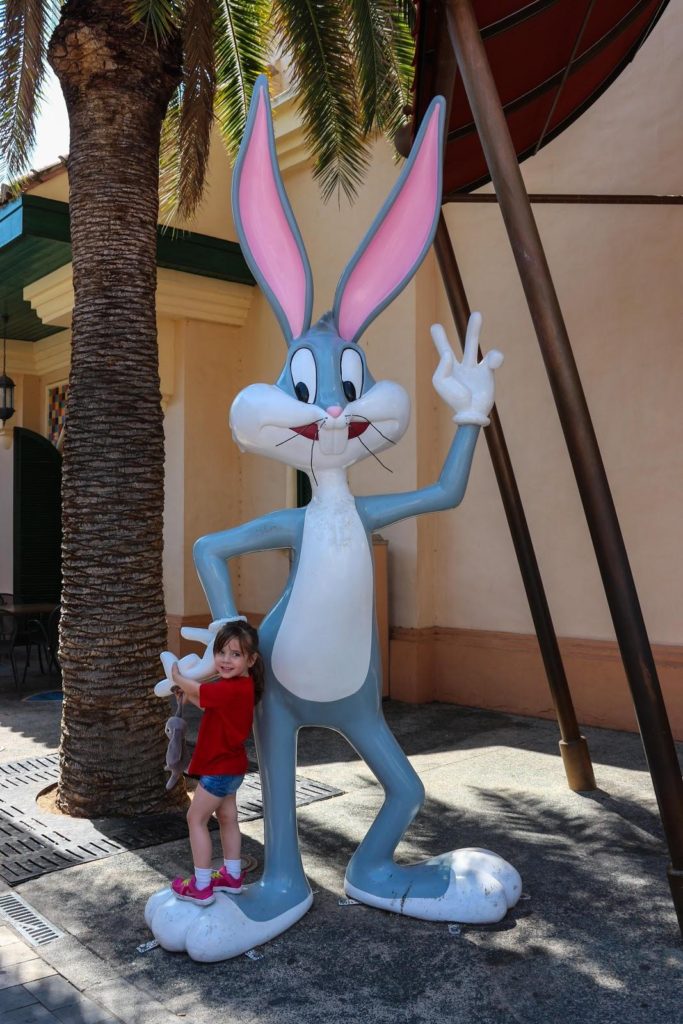 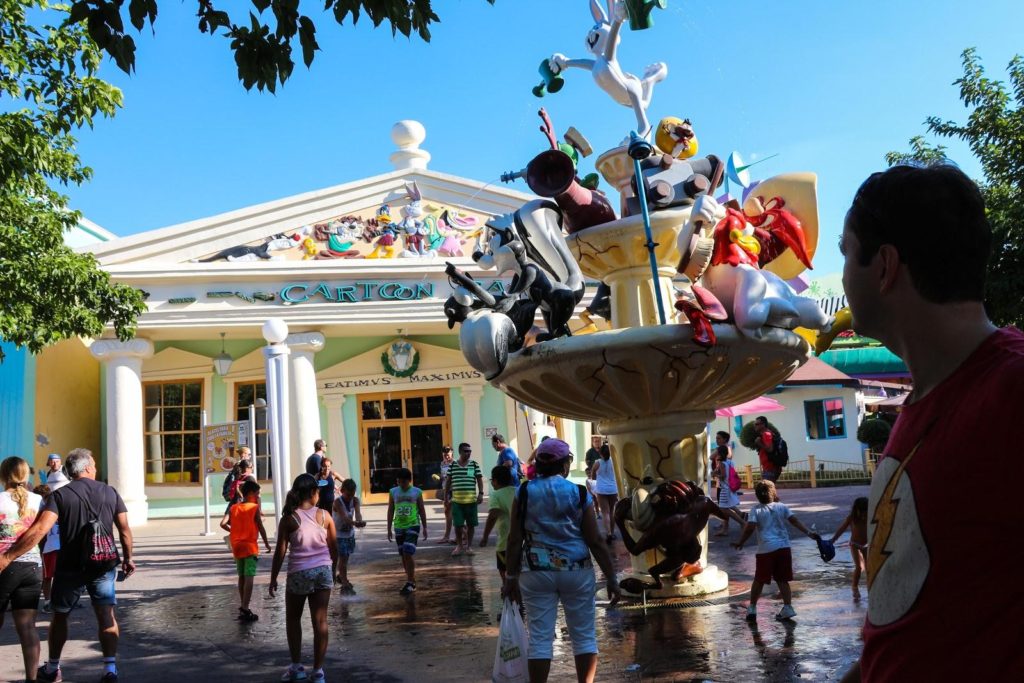 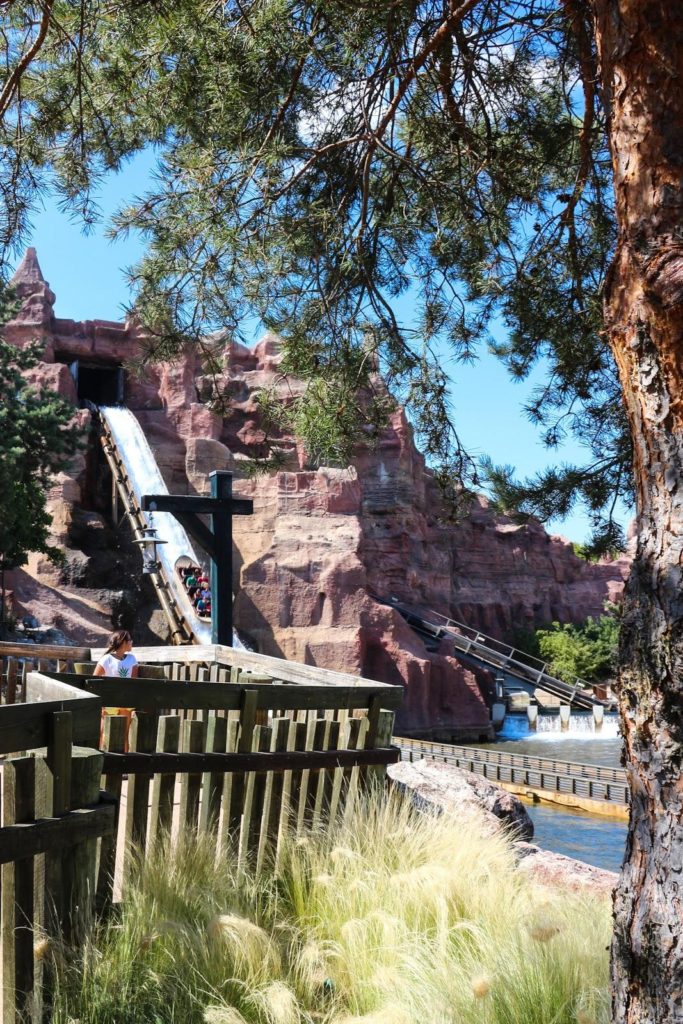 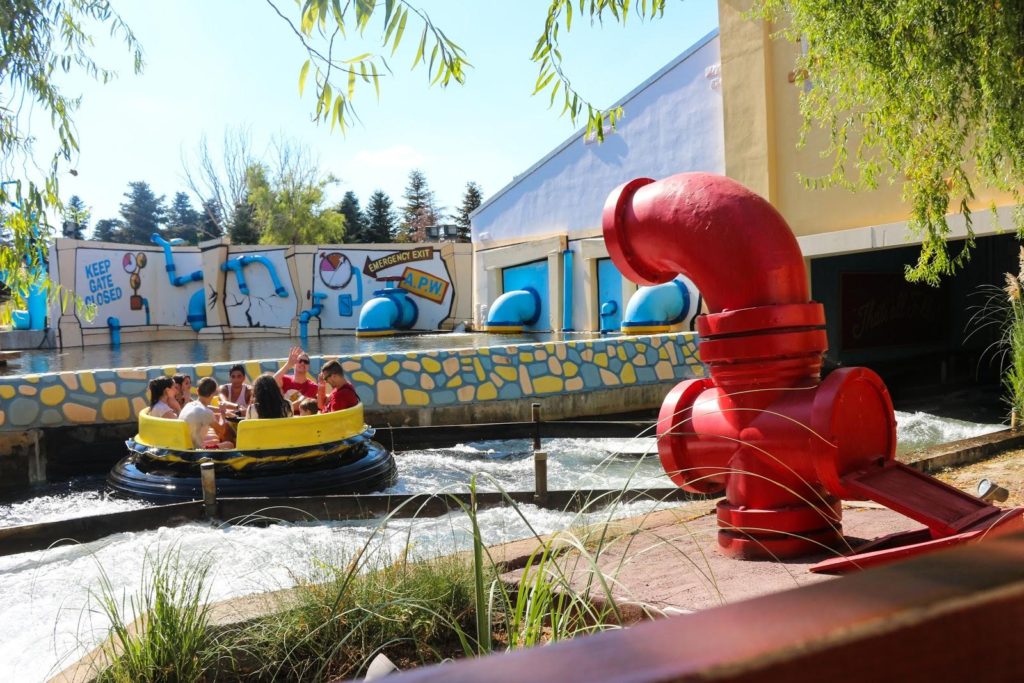 It was great and it was worth it, but it was the most tiring day of the trip. We arrived at the hotel after midnight, because the return was also long, taxi, train, subway and walk through the streets of Madrid in the dead of night (we had no problems!).
Kisses and even!