The second day in Barcelona was so, if not more intense than the first, if that’s possible hehe. We walked a lot and tried to select sights on our map that were somewhat close to each other and we could walk if everything was right (I mean, the girls were not so tired and our feet were accepting). All our days began with the trip to the subway and from there, until near a tourist spot to begin with. We found it easier that way and the Barcelona metro also seemed easy to navigate.

Here are the sights we spent on the 2nd:

This park, which is very large, is connected to the Arc do Triompf area and also houses the Barcelona Zoo (which we ended up not having time to visit…), but it was very pleasant to walk there despite the heat.

I think it’s the most famous beach in Barcelona and although we haven’t been ready to go into the sea or been a beach day in our plans, we found ourselves at a “caminhable” distance from there and decided to take a leap. Alice and Diego couldn’t resist and managed to scare away the heat even with walking clothes (no one naked, don’t worry) or towels. Diana and I were admiring the beach and taking a nap, respectively, hehehehe… 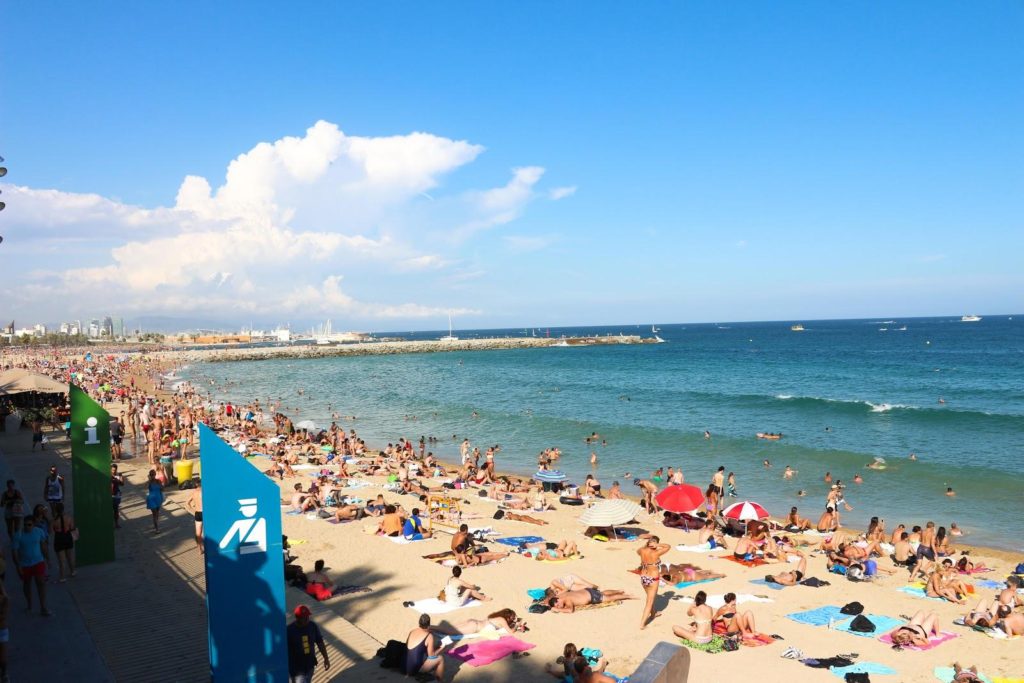 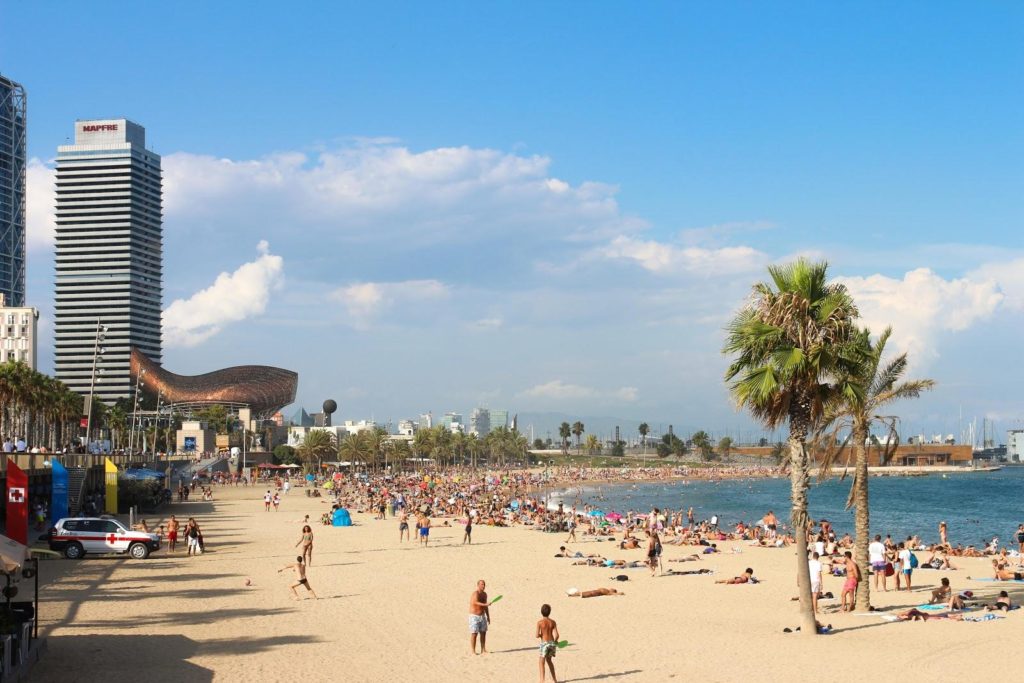 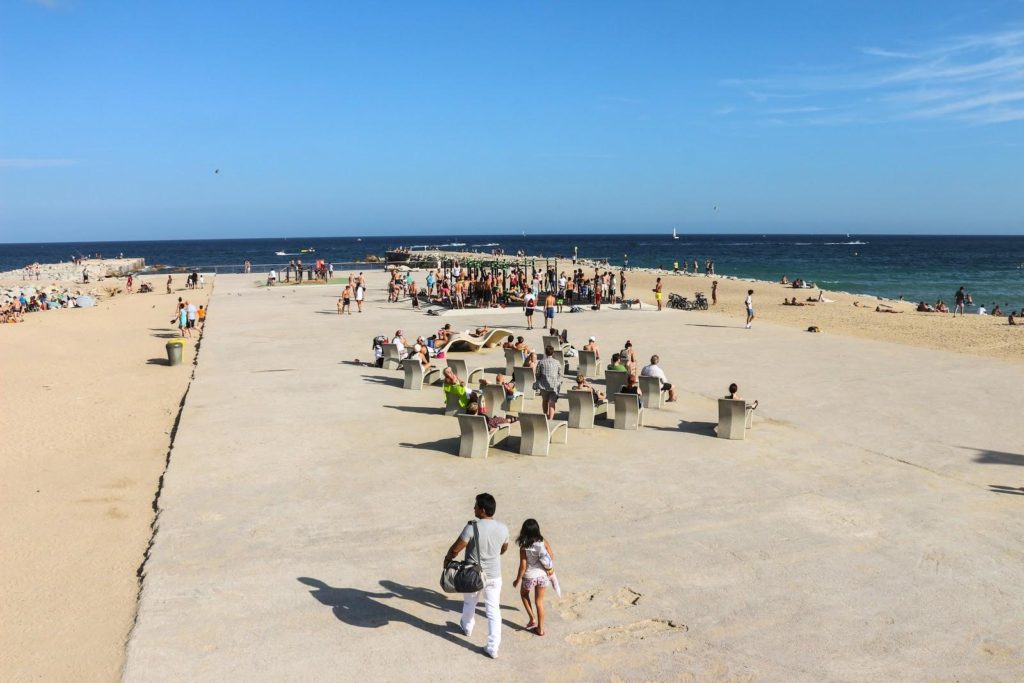 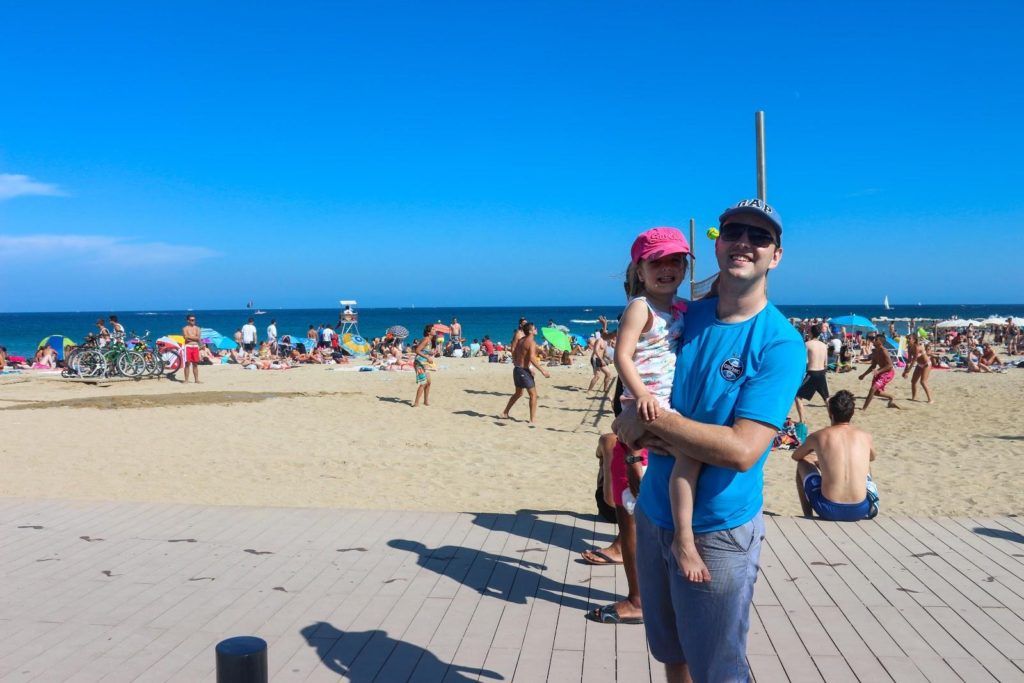 One of the most beautiful places in Barcelona, in my opinion. My architectural style, as an architect, is not Gothic, but as a tourist, I love narrow alleyways, ornate buildings and a lot of history behind it all. I find it exciting! 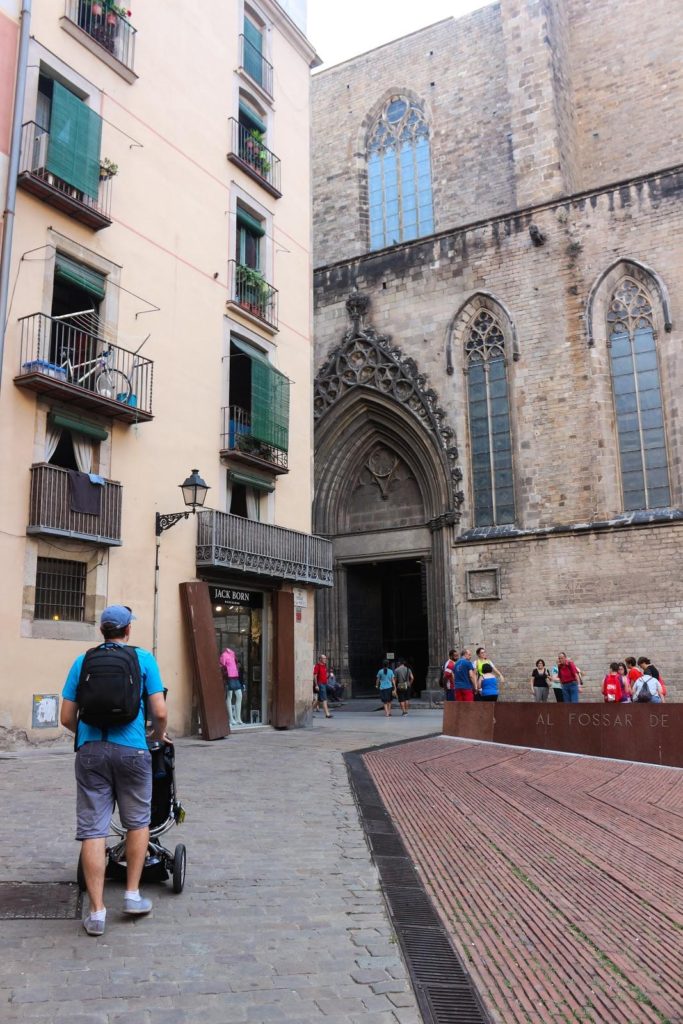 Wow, Barcelona Cathedral is beautiful and impressive inside and out. Although the Sagrada Familia is Barcelona’s most famous church, the city’s Cathedral is also worth a visit. It is worth remembering that the church has dress code and although I see people inside who were not dressed according to the rules, many tourists were barred at the entrance. Men and women should be with legs and shoulders covered basically. There were even people selling scarves and scarves to unsightly ladies. We had read about it and were prepared. 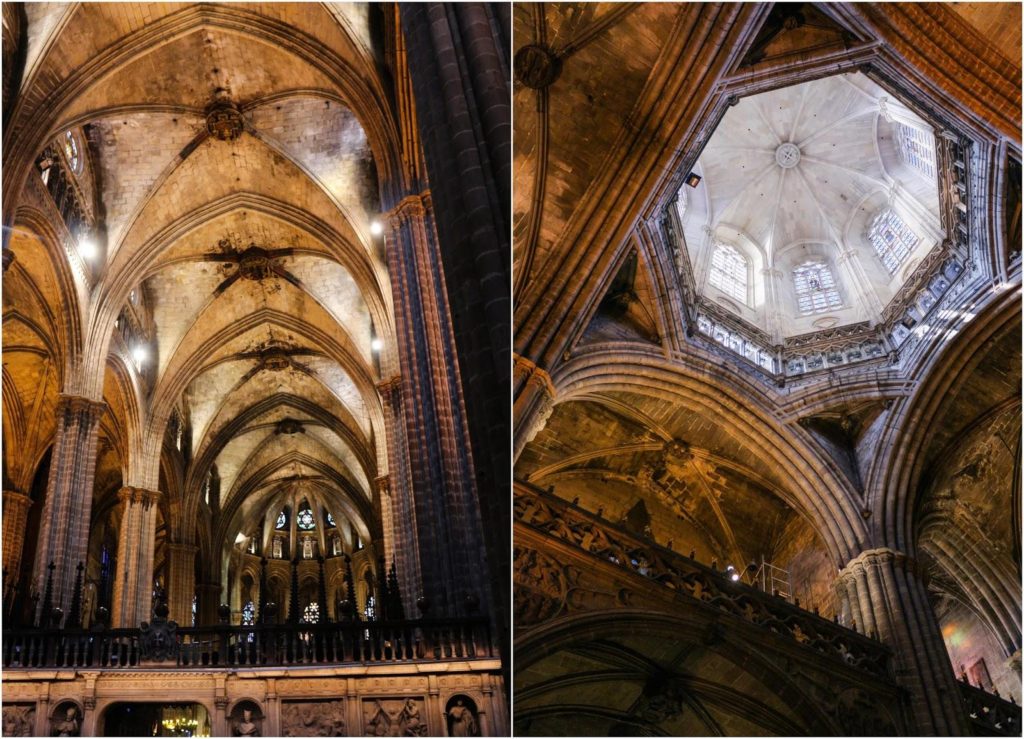 To end the night, we return to the Las Ramblas region to taste a paella. We heard that the seafood paella is no longer traditional, but it was the one i had in the Nuria restaurant that night. Super approved!!

Ufa… next post of the series comes with more Barcelona, so for those who have not tired yet, come back that will have more …