The Ottawa winter festival, Winterlude took place from January 29 to February 15 this year and about 2 weekends ago, we took a hop at one of the venues of the event, across the river in Gatineau.
We chose Jacques Cartier Park for the tour, because it is the one that has the most activities for children and that weekend the skating on the Rideau Canal was closed, because of the high temperatures (for this time of year) that week, so we did not go to the center of Ottawa see the sculptures on occasion.
Even though we wanted to do all the activities there at the festival, Diana no longer stops in the cart and everyone was getting cold from staying for hours outdoors. Perhaps because the cold wasn't too intense that day, the lines for the attractions were long and long. Alice and Diego together with a family of friends with whom we went together, went to test the big snow and ice slides that are built there every year. The descent is free and the fun is free.
Alice still wanted to test a cart track (also free), but we could not test the zip line (I think it had a small entrance), the inflatable castle, among other things.
We took advantage and before the exit, to replenish the energies with a Beaver Tails and hot chocolate and the lollipop of maple syrup, made almost on time, outdoors even.

Who wants to program and know the event, in 2017 Winterlude will happen from 3 to 20 feveriro. 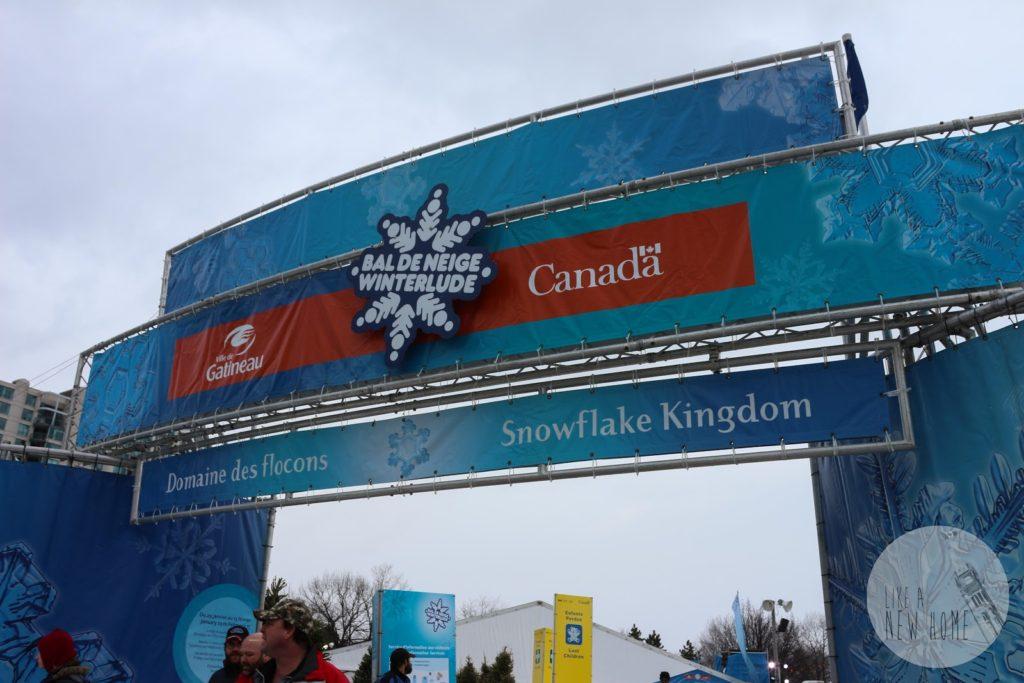 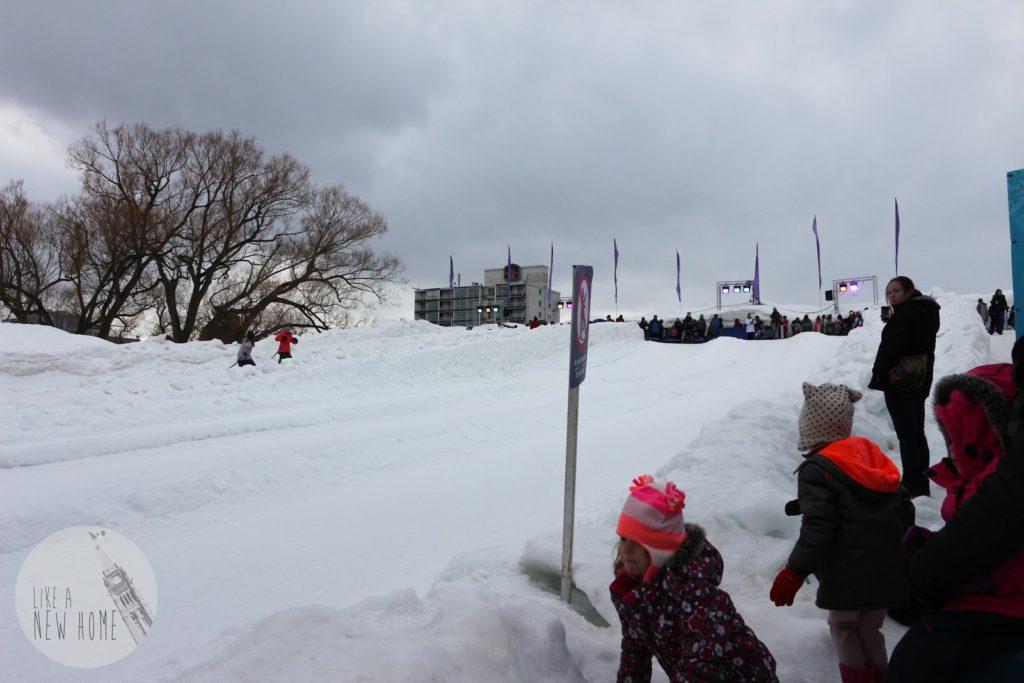 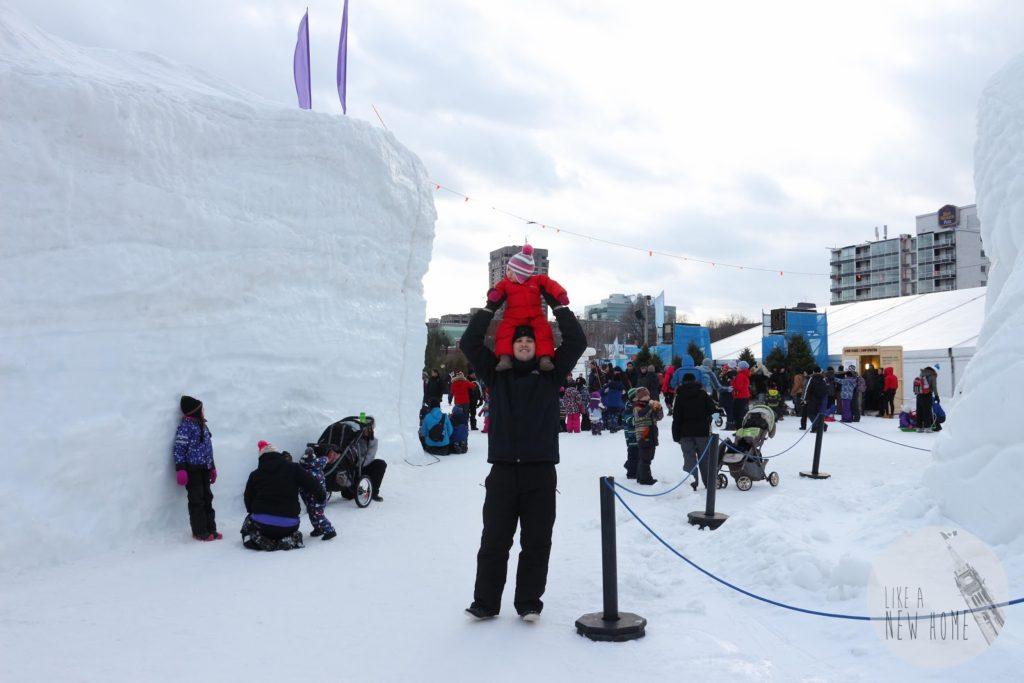