Our visit to Valencia, Spain very short, but we managed to visit several of the most important sights. The city that emerged as a Roman colony in 138 BC. has a lot of history to tell, as well as a lot of recent things to visit. Of course, leaving Barcelona, it seemed that we would not be dazzled by little, but now recalling those days, I think Valencia gave a show, in his own way.
We had 2 whole days to tourist in Valencia, the third largest city in Spain, behind only Madrid and Barcelona. We got there by train and the trip was super quiet and with beautiful views of the Mediterranean Sea, we walked side by side for a good part of the trip.

These two days has a little bit of everything, old places, new, beach, fair, market, laundry… was run, but profitable. Hard even was separating the photos for that post! So many beautiful looks that if I could, I’d put them all here. Then sit down, there’s a lot of picture coming!

We walked a lot in the two whole days we were in Valencia. The first day was reserved for attractions in the oldest area of the city and a quick pass on the beach.
The entire most historic area of the city is super charming, with narrow alleys and buildings with sacks that observe the staff below. The Tower of Cuart, for example, gothic style, were built in the 15th century and were part of the city’s defense wall at the time. Just like the Tower of Serranos, which represented one of the gates to the city, built in the 14th century.
The Llotja de la Seda or Lonja de Silk, one of the world heritage sites, according to UNESCO, is fantastic, especially the room full of twisted columns.


It seems like everything happens quietly, but walking around all day with two small children takes a daunted job. You saw that Alice is almost always using the stroller that Diana was supposed to be wearing right, glad I always take the “kangaroo” where Diana spent much of the day, at the time of the naps and all, because she would not have enough arm to endure so many hours with a baby in the co It… Hehe
We ventured through several subways, trams and buses, went up and down staircases and of course, we hit a lot of leg. Tiring, but that’s at our travel rate and at the end of the day, that’s what we adopt and love.

And the second day, we booked for the entire Ciudad de las Artes y las Ciencias complex, a walk in the gardens of Turia and a little time to play in Gulliver Park.
Ciudad de las Artes y las Ciencias is a magical place, one to fill the eyes of anyone, especially architects. Designed by one of my favorite architects, the Santiago Calatrava Félix Candela. The complex is located on the bed of the old Turia River and houses 7 amazing structures, including:
Unfortunately, counting all the commuting and the limitations of walking with children, we ended up choosing to visit only L’Oceanogràfic (which was very cool – Alice approved!) and L’Umbracle, and we left to appreciate the others on the outside even. It’s all so huge, one day you just can’t do everything. Well, so we leave activities for an upcoming visit to Valencia! 😛
The Jardín de Turia, super popular in the city is a park on the bed of the River Turia. The river was diverted due to flooding to the city and became a huge park, with green areas, activities and sports, children’s and more. Inside it is Gulliver Park, the coolest playground we’ve ever visited. It is a giant lying down and adults and children circulate, slip and climb by their clothes, hands, hat, boots etc. Suuuper interesting. Alice talks about it to this day! 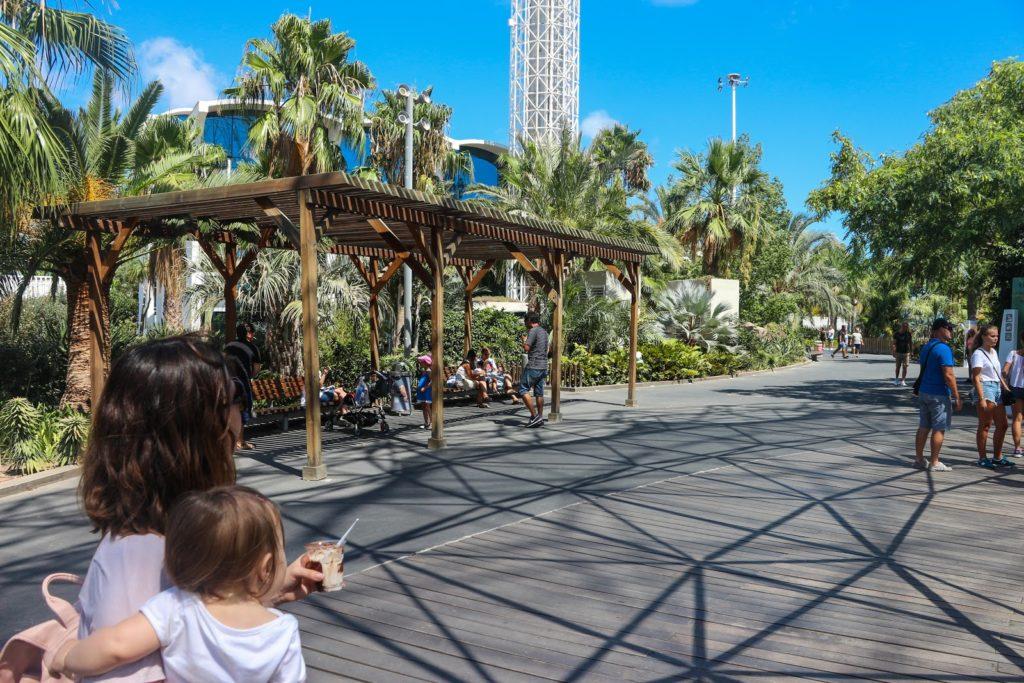 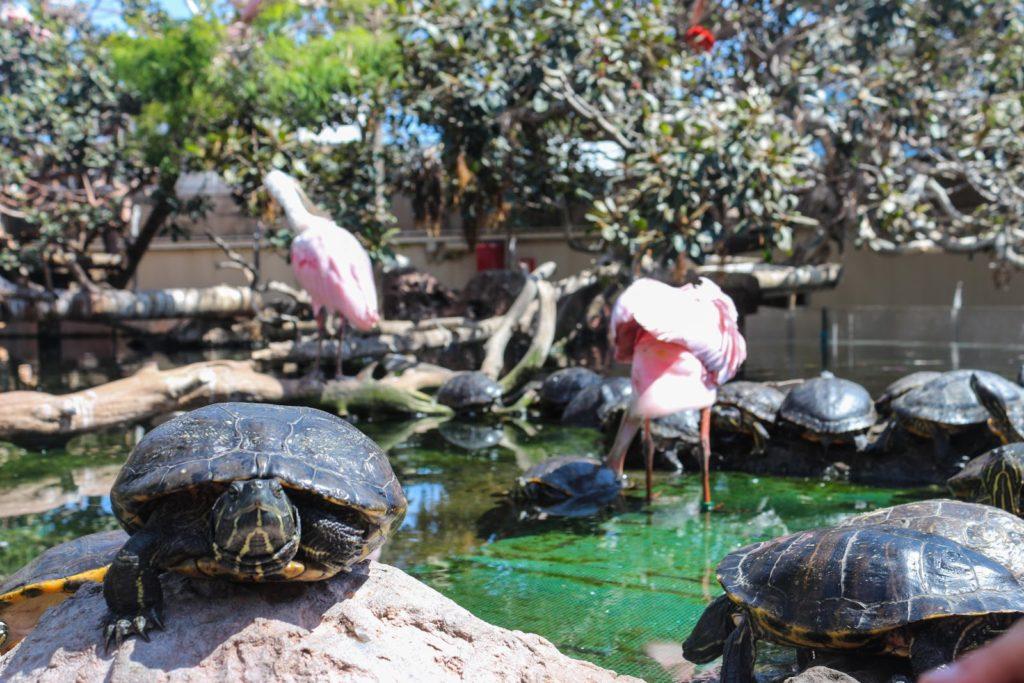 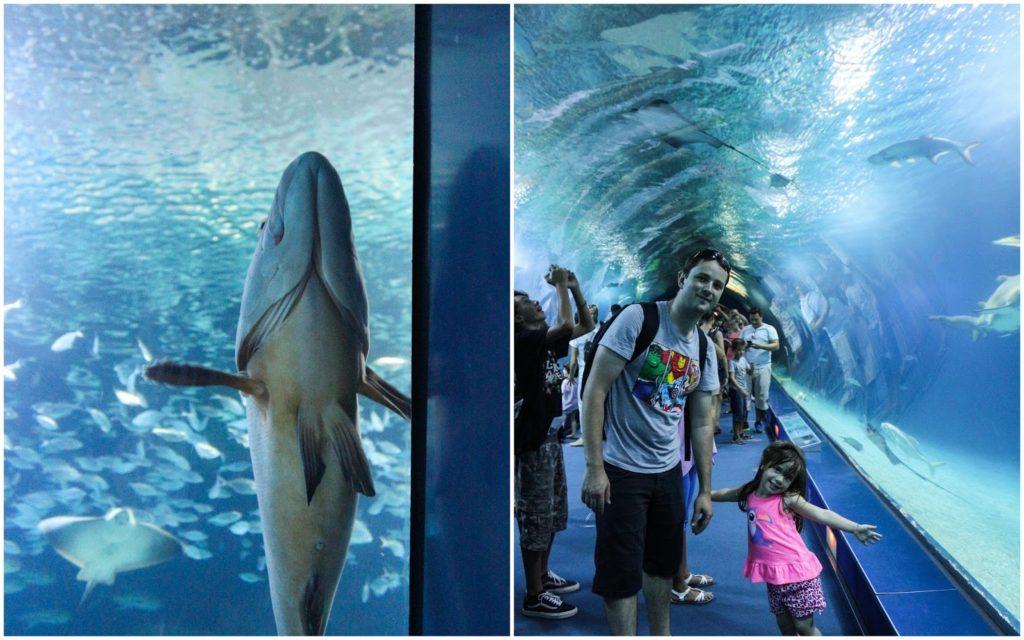 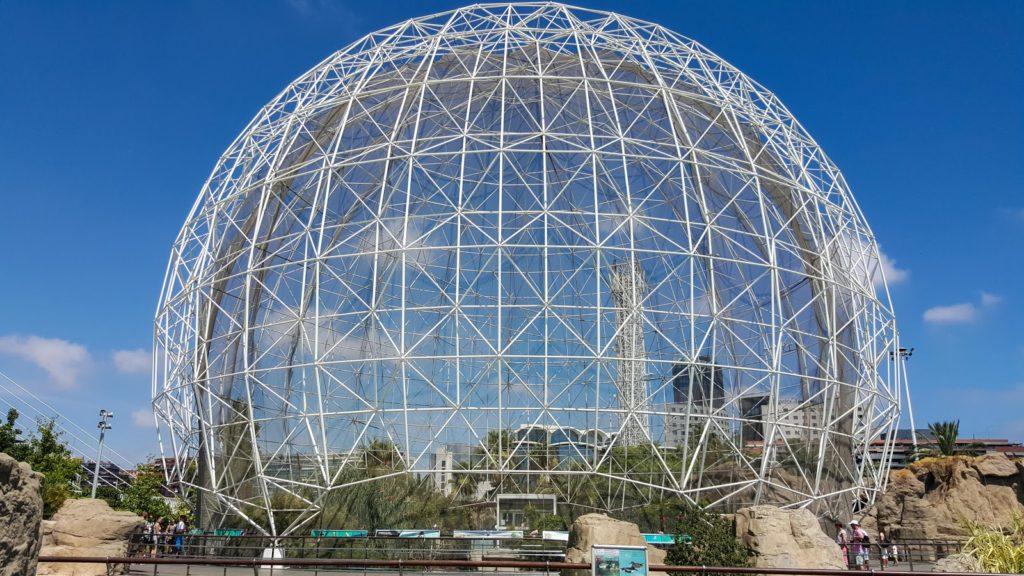 Although away from the center, we chose the ILUNION Valencia 3 hotel because it is kind of halfway through the center and the Ciudad de las Arts and las Ciencias. The facilities were very new, clean and modern. Breakfast was not included, but we chose to pay separately to make it easier with the girls (and it was very tasty). The downside was that the bedroom and bathroom were extremely compact, so much so that the bathroom looked like ship (compact suuuper).

We used the metro station that was close to the hotel and also had bus lines accessible and gave everything right.

Kisses and until the next and last post of this trip : Sevilla!