Just so i don't leave it unfinished here and report our last day in New York with the family.
Our last two days, our first "engagement" was to take the tour to Liberty Island, see the statue of liberty, which we arrived very late the day before. Still, the tour was included in the NY City Pass that we bought for the days we were there and part of the group hadn't visited the statue yet. We even had to buy umbrellas, because the weather was a little cloudy and drizzling, but luckily, already on the island, there was no rain, only a fresh wind (never stop carrying coats, even if light in places like this, even in summer, because you never know …). 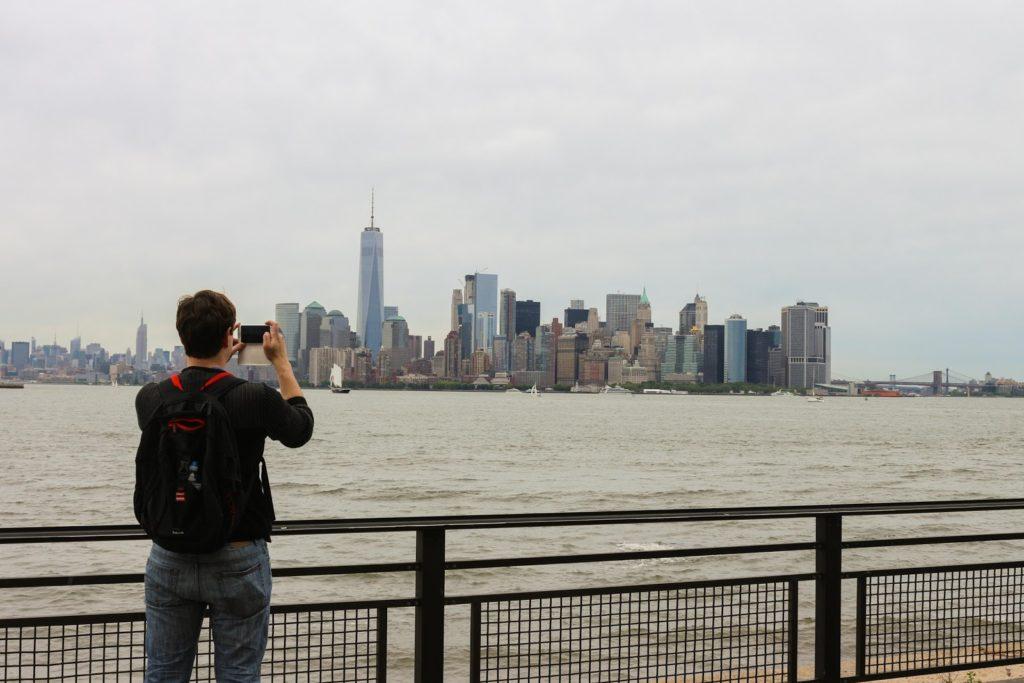 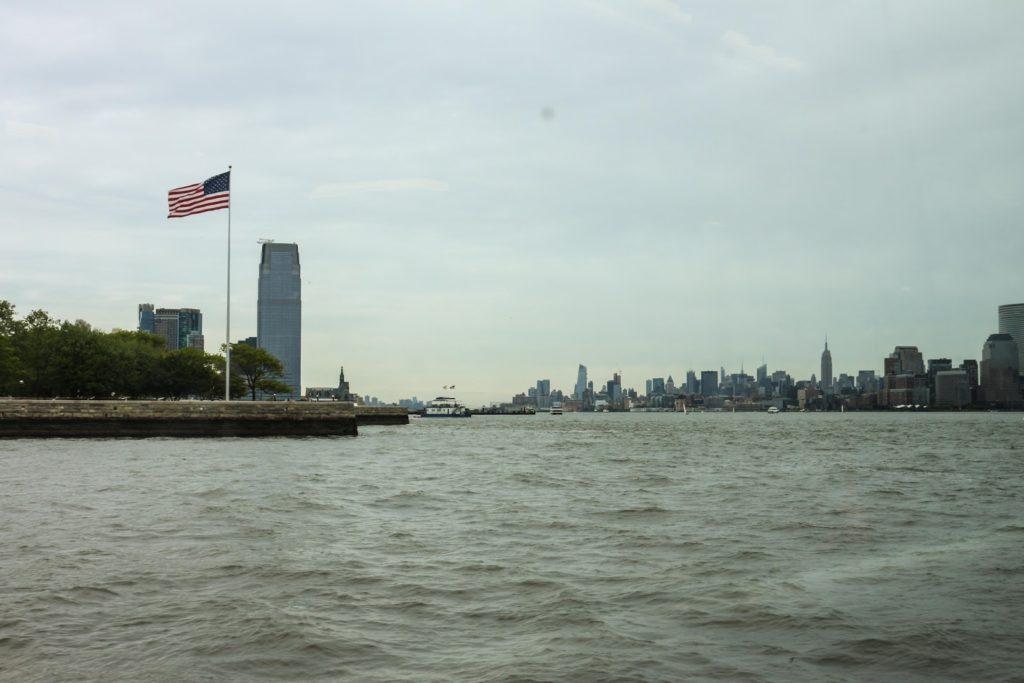 The ferry route to the island was quiet and we strolled around the island without climbing the statue, which requires a special ticket (and they say it runs out quickly and does not allow children). With just over an hour, we finished the tour and returned to the Financial District where we chose a place to have lunch, and although we searched on time, it was one of the most interesting places we ate throughout the trip, super simple, but very local, without many tourists.
And the next day, last day, we ended up leaving just the four of us, because our godson David was sick, so they stayed by the hotel recovering. We decided
to take advantage of the NY City Pass and visit the Metropolitan Museum of Art museums and the American Museum of Natural History on this day. We just didn't expect it to be so hard to park, I think we spent about 1 hour passing in garages and checking prices and availability.
Interesting thing is that each of the museums is on one side of Central Park, so we had to cross on foot, since our car was parked on one side and we didn't want to have to find another parking lot since the first one had been so difficult (or it was too expensive , was either full or had no room for big cars, as was our mini-van).
Anyway, we had the opportunity to walk through Central Park once again, which is never a bad idea right… Hehe.

At the American Museum of Natural History was where Alice and Diana had the most fun on the day. They admired the windows with the bugs, the skeletons, the interactive screens, the other children and the videos on the big screens.

For those who missed the previous posts of this trip, here are the links:

Kisses and see you later!