The starting point of our trip was Moncton, in the province of New Brunswick, canada’s only bilingual province.
The city of Moncton is very organized and small with only 69,000 inhabitants in the city and just over 138,000 in the metropolitan region. And perhaps because it is small, the city itself does not offer a huge diversity of activities and tourist places, but we managed to make the most of the two and a half days we were there.
Our flight was direct Ottawa-Moncton, whose airport is in the nearby town of Dieppe. All quiet, the girls behaved and landed just before noon there.
We decided to visit Magnetic Hill and the zoo early in the first afternoon, as it was close to our hotel (we opted for a hotel away from the center – Days Inn & Suites).
One of magnetic hill’s attractions is the optical illusion on a slope, which looks like a decider, but is actually an ascent. Hard to explain, but I say he’s crazy and so far it doesn’t even seem true… hard to believe in your own eyes (the video of the trip will show a little… wait). I must say that I was surprised by the size and structure of the zoo, which I found much larger than I imagined (but I always feel a little sad that pets are trapped, I confess). The girls loved to see the animals, play in the super cool playground that has inside and we left right at the time of the chuvão that fell in the late afternoon (me and Diego did not escape … hehe).
On the second day in the Moncton region, we decided to drive up to the small town of Alma on the way to Hopewell Rocks (I’ll write about our visit to Hopewell Rocks in a separate post). And there, we passed the banks of the Bay of Fundy (Bay of Fundy) several times and we could see a little of the highest tide in the world, which changes twice a day, with variations that can reach 16 meters. It’s crazy to see, the banks on display, as if it had had a big drought and the water had evaporated. Soon after, everything goes back to normal.
Alma is a very quiet village and as if it had stopped in time. We love the sense of tranquility, the lobster restaurants and the visuals of the Bay of Fundy.

Returning to Moncton, the city center has a few /few restaurants and to tell you the truth, not much else to see. We drive even and choose a very friendly pub for dinner (Tide & Boar Gastropub).
The next day, we went to enjoy an entertainment area, practically in front of Magnetic Hill, place called The Boardwalk Magnetic Hill, with some attractions for children and adults, playground, go-kart and mini golf. We tested a little bit of everything and the girls loved it.

And to finish our stride in New Brunswick, already on our way to Charlottetown in PEI, we took a hop in Shediac, one of the region’s best-known towns/beaches and known for having the biggest lobsters in the world.
We couldn’t resist tasting lobster in a place that’s so common, and we opted for La Coast Restaurant & Bar (the lobster was approved, but it wasn’t the biggest in the world… hehehe). 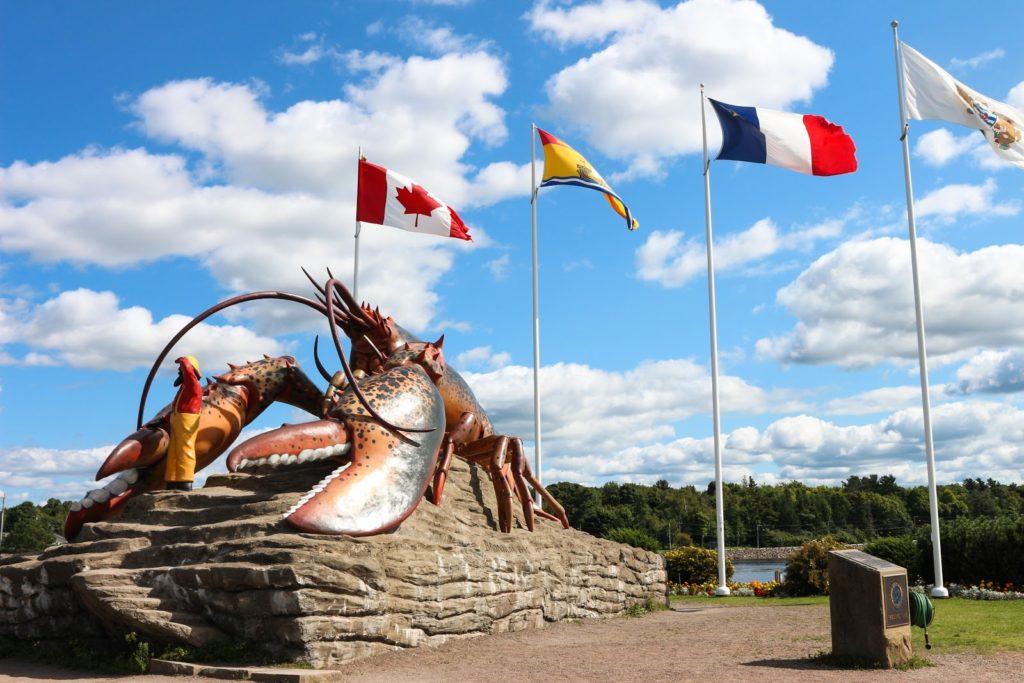 We bid farewell to New Brunswick with this beautiful view of the Bridge (Confederation Bridge) that unites this province with that of Prince Edward Island. They are 12.9 km of bridge, inaugurated in 1997 and is the largest on freezing waters. I tell more about her in pei’s post.