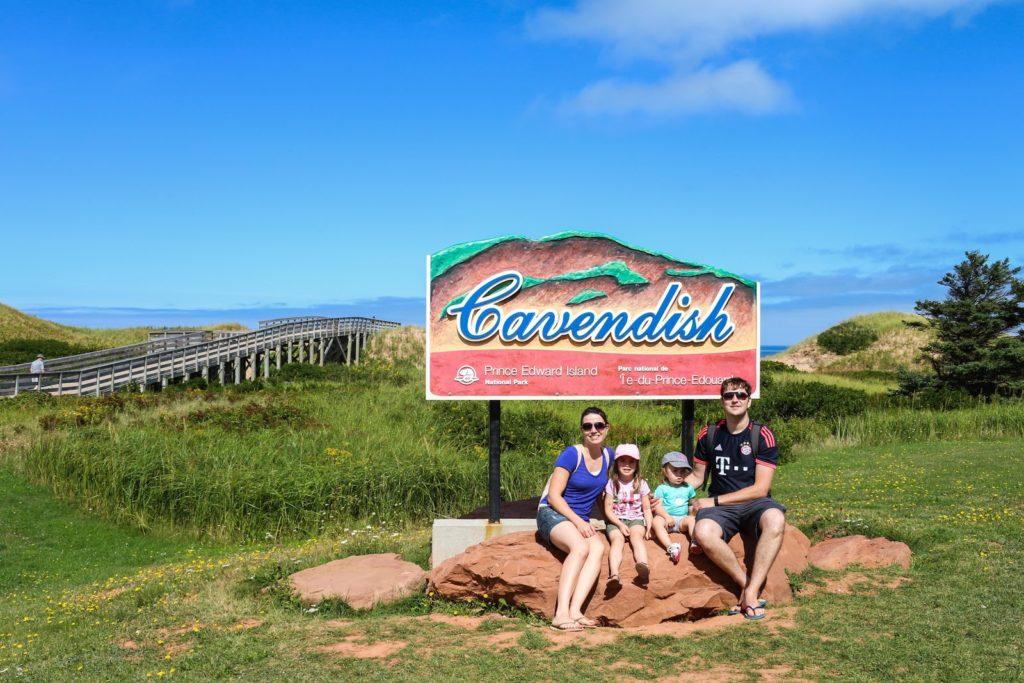 We had heard and read several super cool things about the province of Prince Edward Island and I confess that perhaps it would have been interesting to have explored more of the four corners of the island, but we actually had 2 and a half days and tried to do the best we could, considering our possibilities.

Leaving Moncton, we drove for just over 30 min to get to know the Shediac area, as I wrote in Moncton‘s post. The tour was cool was on the way and soon we headed to the iconic bridge between New Brunswick and PEI, the Confederation Brigde, inaugurated in 1997, is 12.8km long and is the largest on freezing waters, and that by the way is impressive even. You don’t pay anything for the crossing in that direction, but before that, be sure to stop at the Cape Jouriman National Wildlife Area, there are beautiful views of the bridge from there.

On the first full day in Charlottetown, we decided to explore the city and quickly pass through the center and charming little places. We found the city well organized and clean, with some nice places to walk around, and you can see everything in one afternoon. There are shops and souvenirs on one of the best known books in Canadian literature, Anne of Green Gables and almost everything can be visited on foot as the center is not very large. Since it was Diego’s birthday on the first day, we tried to pick a very traditional restaurant in town for the celebratory lunch. The chosen one was Lobster on the Wharf, full of lobster dish options and even a shop selling next door, namely freshly caught fish and seafood and well-local dishes.

In the remaining time on the island, we strolled north, along the coast, to get to know some of the beaches and places best known. We stopped at cavendish beach, North Rustico and other lesser known, however, all super quiet and with few people at this time of year. We also quickly passed through the area that inspired the book I quoted above, Anne of Green Gables, where is a museum and trail for visitation.
And of course, halfway through, we tried to find a lot of headlights, one of the most photographed things in PEI. I confess that I found it harder than I imagined, since many were in places of difficult access by car. We ventured into some and it was even funny, but it was worth it.
The province of Prince Edward Island, really, is a place full of natural beauties, bucolic and almost as if they were standing in time, amazing as Canada has such distinct landscapes.

Finally, we basically only traveled the north of the island and had no time or availability to know the other corners that should also be beautiful. We didn’t have a beach day properly, because we found the water cold for the girls (but Alice liked it the same), and we didn’t bring all the beach junk in the suitcase.
We found it amazing so many long beaches, the reddish/orange brown sands and so empty, especially since the water temperature was relatively cold and we were already at the end of summer. I imagine that in the middle of July, there are more people enjoying the region and its beauties.
I must remember that there was not always cell signal in the farthest places, so using the offline map on mobile is kind of a mandatory thing, or of course, a paper map.

To finish, on the way to Halifax, we crossed the Confederation Brigde again, now in the opposite direction and then you need to pay the toll of $44 per vehicle. My tip is to stop at the convenience area after the toll booth, but before the bridge starts, it has beautiful views of the bridge (we only came too late and couldn’t stop).