According to the event's website, KONTINUUM, is an immersive multimedia experience created by ottawa city hall and the world-renowned Canadian multimedia studio Moment Factory and is scheduled to highlight the upcoming station of Ottawa's new light rail (LRT) public transportation station. The station in question (Lyon) is in the heart of downtown Ottawa and access is through Sparks Street, between Lyon and Kent.
Kontinuum is happening from July 16 to September 14, every day from 10 a.m. to 10 p.m. Admission is free, but you must get a ticket with a scheduled time through the event website (at the link at the beginning of the post).
Viewers will be taken on a journey that to a point is divided into differentiated experiences, providing both awakening the imagination and contributing to the anticipation of a new era of transport that highlights the capital of the country as a city of high Technology.
Viewers will also have the ability to capture and share their personal frequency by downloading a holographic photo of themselves in a mobile app (which can be downloaded for free).
Our experience was interesting, but I confess that we, the adults of the group, could not stop and analyze the details. The girls wanted to keep walking, Alice found some areas very dark and loud. Diana, however, loved it, especially the loud music hehe.
I was able to book tickets the week before, but many of the times were already sold out for weekends, as there are only a limited number of people at a time (about 70).
I got it for Saturday afternoon and got there under a flood (luckily there were umbrellas in the car). There are metal detectors at the entrance and it is not possible to enter with large bags or backpacks (there are lockers if I'm not mistaken).
I think there are even elevators, but the ideal for those who have small children is to walk even or take in the kangaroo (in our case, Diana gained lap in a few moments and walked the rest). Carrying cart is not recommended.
There is a station where you lower your frequency, that is, you stand in front of a screen and a hologram is generated (which you record in a code that you receive at the entrance). I found it simple, but very interesting. During the course, in some places, you can scan your hologram and appear on the screens (I found well Hunger Games style… Hehe… for those who saw the film).
The path involves many stairs and was more levels below surface level than I expected (and you could notice the hassle that has been digging a subway tunnel, under a consolidated city, without damaging anything – concrete +++ concrete).
There comes a point that the path divides and you must choose, we opted for the one on the right and it was interesting, but I can not compare with the other because it has to get in line again and start from scratch there at the beginning to be able to access the other way (we did not this time ).
Anyway, we find the experience very interesting, very different from anything we've ever seen in Ottawa. I'm already excited that when the train /subway starts working (which will not make anything easier for me personally, since it does not yet arrive here in the area we live in, but it is nice to see the city evolve urbanistically).
The photos are few because I could not stop to take photo (I already said that Alice did not like so much?!). Also the low light did not help. It has some videos as well: 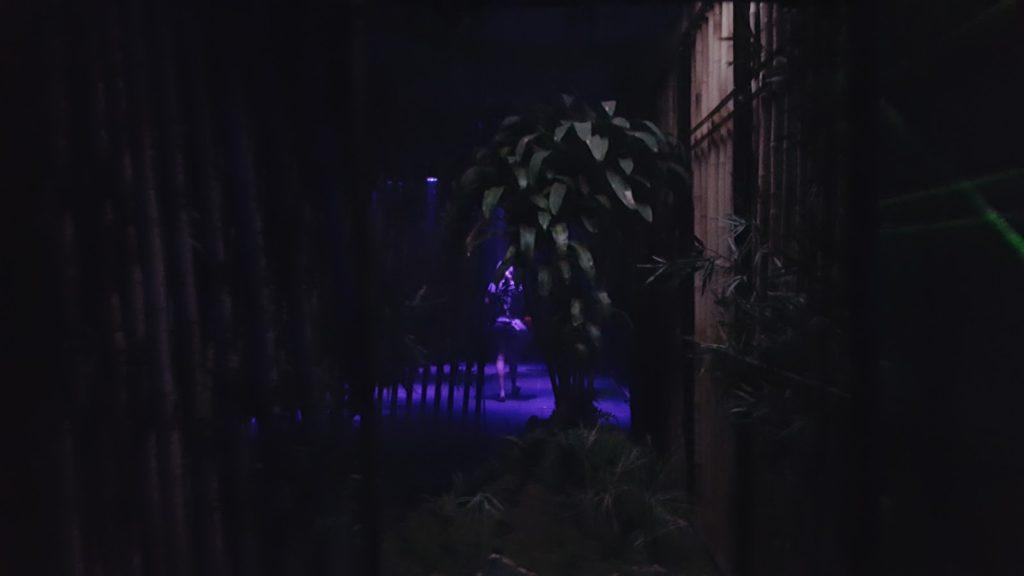