I was here evaluating our 10 years in Canada coming up, how much has happened and how much we've learned. The certainty that we did the right thing comes to us every day, but of course, back in the early days everything was very uncertain, it was even like a game, we were betting all our chips without knowing if we would give our number.
I get countless questions from people, usually families, who have the desire to come here, who get lost in the bureaucracies of the immigration process (or study or work), but above all, wonder if it's worth it, if it rewards all the effort. I even wrote a post about things to consider here.
I know that news often appears in the media, about Canada being the country of dreams, that has a job to spare, with millionaire salaries, basically that are abducting Brazilians here.
But if you follow other blogs and media of Brazilians already established here, you must have seen that almost 100%, discredit this news. It's just not that simple. #prontofalei
But well, that's not even what I'm supposed to be chatting about here today, i came to tell you a little bit about how our decision was there for the year 2005, basically centuries ago. 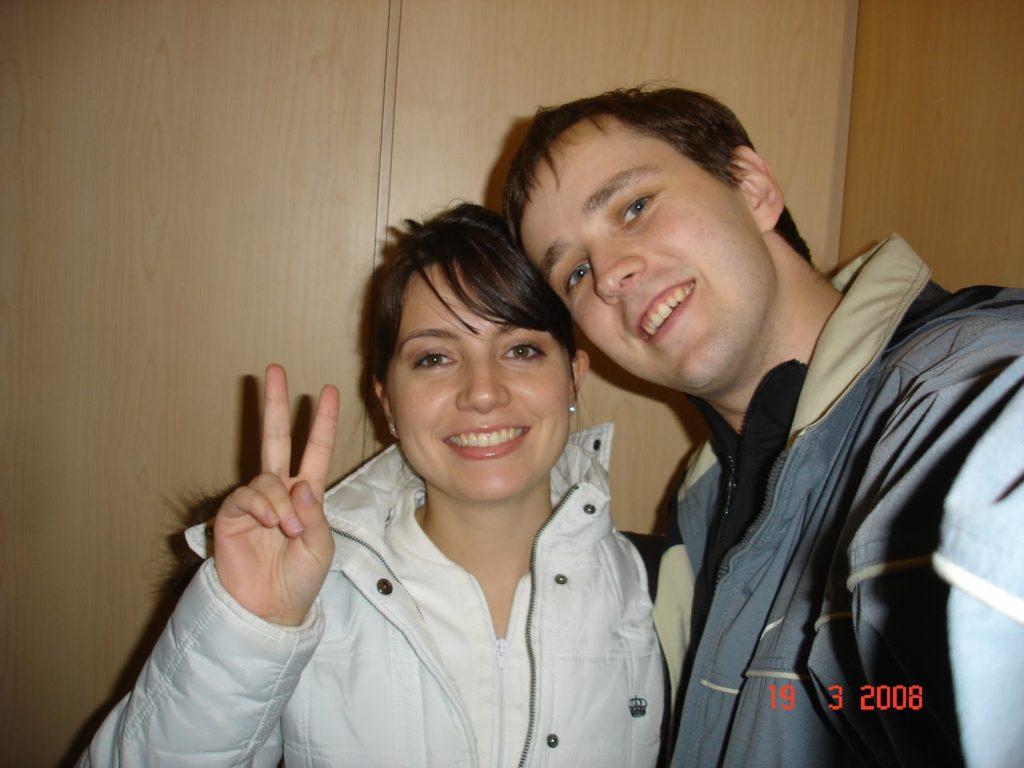 Diego thought about doing a master's degree abroad (in principle, it was in Germany), but after some research (and even some German classes), the whole thing was not viable.
However, the idea of doing something like this, unprecedented in our history, kept hammering. He began to research, so without compromise, other countries and before some conversations, we thought it would have to be a country that spoke English (because he had studied for years and felt comfortable).
There for so many hours of conversation in the car, in front of my parents' house, Canada arose. Back then I already knew ottawa was the capital and that it also had Montreal and Toronto, but our (my at least) knowledge was pretty restricted.
In university surveys, he ended up falling on the immigration site and then the business had no turning back. What if we immigrated to Canada? Of course not without thinking first: What if we immigrated to Australia? it also has an immigration process (and I couldn't know less about the process at present, but it seems to me that at the time it was somewhat similar to the Canadian process).
And why Canada and not Australia? Well, really, guys! We thought Canada was much more "well" located with respect to Brazil and other places of tourist interest for us (you see, I had hardly left Brazil until then (well, I had gone to Paraguay), anywhere in the world was new to me.
Now, the decision to move on, with all the red tape was, let's say, easy for us. The expenses with paperwork with the process and such, were difficult, but we managed to come with the minimum requested and such.
You see, we haven't had many strings attached so far, other than our family and friends. We had no home, no car, no pets, no kids, no jobs that couldn't be replaced.
Anyway, of course, we accept a high risk with all this. We didn't come with a definite job, we just knew that computer science was flowing well. We had cash counted and we didn't know anyone in Ottawa when we arrived. Just the two of us, our bags and our goodwill landing on that sunny day in late September 2007.
About my area, architecture, if i'm going to evaluate now, I really almost didn't know anything (I knew yes that my degree wasn't worth it here), I had the idea/hope of putting myself on the market in the distant future (thank God it wasn't even distant), but I was willing to work on other things in the meantime if necessary (and I thought it would be).
Just to wrap up saying that every case is a case and I totally understand how difficult this decision is, whether you're part of a single couple or a larger family. To this day I wonder if I would have the courage to face changing countries today with children and everything. I think after the first time it gets easier, but it's quite something you need let go, enough uncertainties and challenges.
If your dream is to change your life, country, job, run after, surround yourself with information, study and take this post as an incentive. Anything is possible, if you believe and most importantly, run after (make no mistake, nothing comes from hand kissed, that's fact!).
Good morning and until the next post.