We had the opportunity to visit some more new cities for our travel map and revisit some others on our most recent trip, this time through Europe, in October of that year. We passed 3 countries (or 5, if you count the Vatican and Monaco), passed through 14 cities and slept in 9 different places.

Our trip was planned with little advance until, counting the number of days and destinations (as usually happens with us), so I confess that we did not have everything annotated, certain itineraries and tours previously booked. Some main sights, we booked over the internet some time in advance (I think what was the most time was the Vatican) and others we booked the day before, when we usually reviewed the sights and decided what would enter the next day. Some things we book ed hours or minutes in advance, using online ticket purchase, a way to avoid unnecessary queues.

I set up a map on google maps, as I always do and we rely on it to assemble our next days. We also added things as we discovered and learned through our city tours.

What we already knew would be run, proved quite true, but we saw so much history and beautiful places that despite the trip passing away from rest, I think it was very worth it.

We were also able to walk along with part of the family from Brazil in part of our days there. They met us in Milan and were with us for almost two weeks. They were even more fun rides, that's for sure.

As usual, I will write about each particular city, as long as a little of our script, the places we eat and details of each place. I think it's easier to explain, besides being able to share some of the beautiful photos we hit there.

For now, here's general comments on our impressions and details that we've been putting together over the days:

We fly from Ottawa to Montreal and Montreal direct to Rome, our first destination. I found it great, although yes, to be long and tiring (when it's not when you change continent!). I think the time zone adjustment (there are 6 hours ahead than in Canada), gives a bigger tiring on arrival. When we arrived, 8 am on time in Rome, for us it was only 2 am in the morning at home, so we tried not to sleep until the night in Rome, despite the tiredness, to facilitate the adjustment of the schedule and we can take proper advantage of the next day.
As usual, we always bring a "little gift" to them on the flight, which ends up being 95% of the time, a book. We also carry crayons and activity books, as well as some bullets (gum type) that they love and can help when it comes to ascents and descents from the plane (with that pressure in the ears).

It was an amazing hotel exchange, 4 nights was the most we slept in the same bed. In fact, we stayed in hotels, aparthotels and apartments on Airbnb for the days we stayed there (especially when we were in more people – 8 in total).
When we stay in a hotel, we look for a combination of good notes, favorable testimonials, breakfast included (that's if you are not going to raise the price too much per night) and proximity to public transport.
In the case of apartments, we chose to be a better option for the large group we were (8 people) and so we could spend more time really together (and stayed more into account if i counted the amount per night). Of course, in the case of apartments, we did basic shops in the market and made some meals in "home".
I think they were all good choices. See more details in each specific city (stand by!).

In each city, we prioritize walking or using public transportation. We walk a lot, but a lot around Rome, thinking about the opportunity to feel the city, which is not so possible using bus or subway. The few times we used the subway, it was super quiet. Google Maps is a hand in the wheel.

Among the cities, however, we made a combination of means of transport, previously booked. We use car, train and plane (I will also quote in each individual post).

Driving around the countries was super quiet, both in Italy, France and Spain. The roads are great, but there are plenty of tolls (clearly signposted) and I've never seen so many tunnels in my life. What was more complicated was within the cities, with restricted traffic zones, some signs unknown to us and crazy traffic. In the end, it all worked out. Diego was our driver of the trip and he took along the international license, to be able to drive there (but we do not even need to use, only when renting the car).

They're the hardest job on the whole trip, let's be honest. But I don't think the trip would be so much fun without them and I think it's fantastic that they can experience it all at such a young age.
Of course, it's not easy. I think the key is to take a lot, but a lot of patience. If adults get tired, imagine the children. There were times of the day when they got tired of the hustle and bustle and just really wanted to go to the hotel and play, watch TV etc. Not to miss the day, we stopped for them to play where it was possible, even if it was only going up and down on crutches, running on the grass. We also stopped at several playgrounds and little meadows, so they could rest their heads (and tire the corpitcho).
We chose to purchase a double umbrella style cart (Evenflo Minno Twin Double Stroller) and what in principle seemed to me more like a "junk" to fill the garage, was so much worth it. They were able to rest their legs and free one of us to photograph or look at the map (usually I – Diego took the cart about 90% of the time). There were still rare moments when the two took naps at the same time and we were able to continue walking, which would not be possible with a simple cart.
The cart has only 4 wheels, has a cup holder, is one of the narrowest (which facilitates entry and exit of seats), storage basket under the seat, individual canopla and good reclining (each independent seat). A 6-year-old and a nearly 3-year-old held up well, so for underage kids it should work out.
We thought the streets themselves in the vast majority of cities were not so suitable for cart (or accessibility in general), but he held on in stride and came back beat, but whole of the trip. Diego did have to take the cart down the stairs where there was no other option and we both carried them in our lap at times, but overall, I think we got the choice right.

By the weather forecast that we checked when packing, it would be cooler, so we took clothes that could be used as layers (type short sleeve, jacket and coat). When we got there, the days turned out to be much warmer than we expected and we ended up wearing only almost even summer clothes. Boxy for some mornings and nights, but nothing heavy.
We were lucky to catch only sunny days, except for a single day, that we had no plans to leave the house anyway (day to change cities and wait for Diego to finish the conference).
Speaking of weather, we find it super funny to see a huge diversity of clothing. We, for example, wore shorts and t-shirts and had people wearing winter jacket and blanket. So far we don't understand how people could stand that temperature. 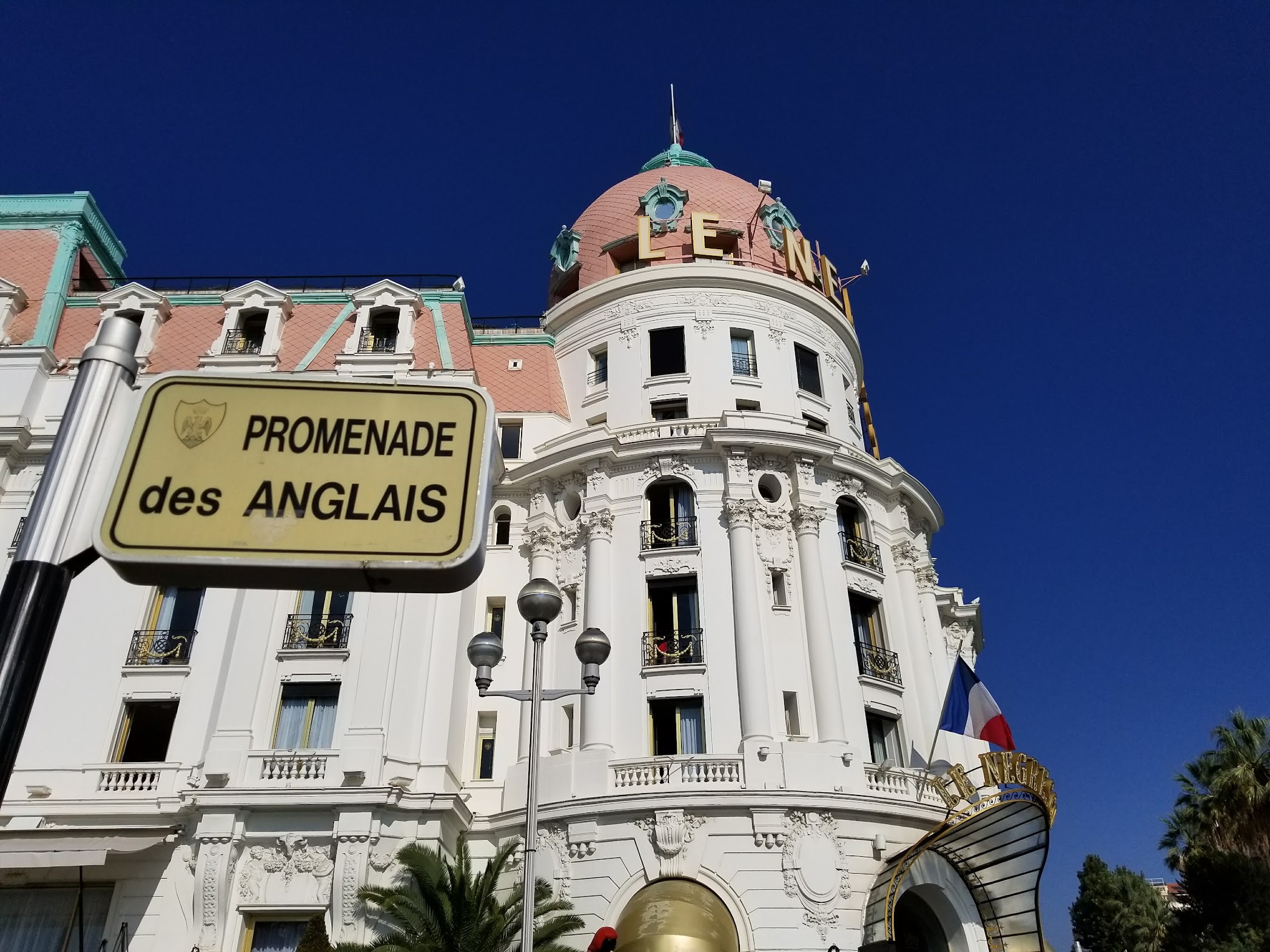 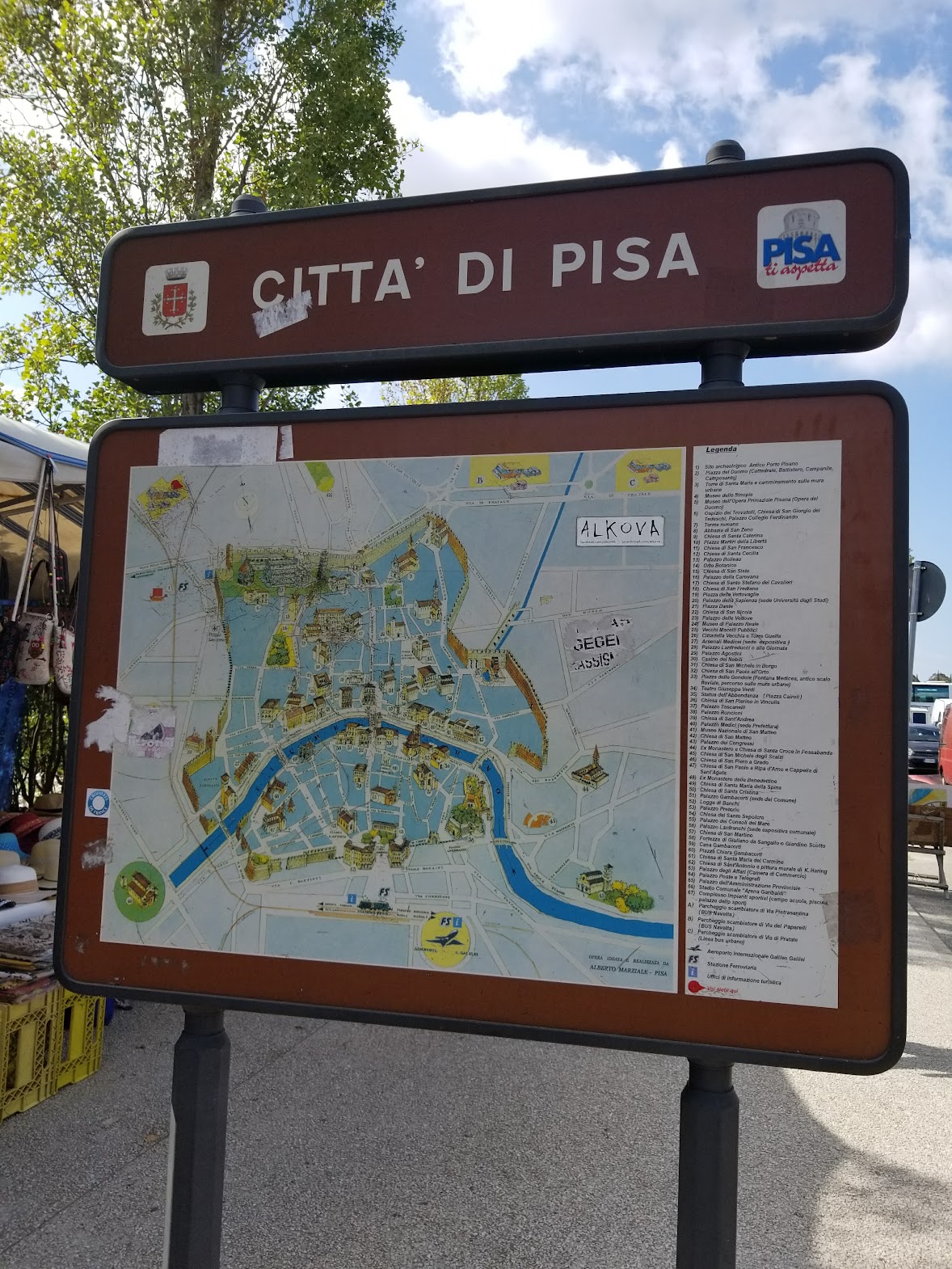 Language is one of the big differences of course, I see that we ended our travel days mixing Italian, French, Spanish, Portuguese and English hehe.
Overall, we understood Italian much more than we thought, but it didn't go out (at the time of speaking) as well as we would like. French came much more natural to us, by comparison. Diego feels comfortable scratching the Spaniard and I turned around well, considering I never practice.
But overall, we use a lot of English (and almost nodica of anything Portuguese except with the family, of course). A lot of the information places, hotels, restaurants had someone who spoke English, so it was easier for both of us.

I booked some restaurants and places of interest to eat, but very few we could really visit. Maybe because it was far away or because we weren't in the right place at the right time.
We chose on time, checking by mobile the options nearby and with favorable notes (we preferred with notes of 4.0, at least, if possible).
Overall, it was pasta or pizza, in the vast majority of meals. We don't find food that expensive compared to restaurants in Canada (without converting currency). Rome was the city with the best prices and Milan, perhaps the most "salty" prices.
What had at home corner was ice cream (gelatto) and we tasted it every day. The girls didn't complain about that time, that's for sure! Hehe

Well, now begins each city – Rome is the first!!

There will be video too!! Wait!