We are there two days from Christmas practically and with each passing year, we are adding some traditions to our end of the year, more specifically related to Christmas.
For six years we really cared about this, before the kids, the Christmas tree was the most we cared about, besides, of course, the exchange of gifts.
This year, however, I notice that our traditions have been taking security and I see that they have come to stay. Some have been with us forever and others we adopt here in Canada.
Here's the list of things that are our Christmas traditions this year:

That's basic, right, people. But this is the first year I let the girls take the reins of tree ornamentation and I didn't bother to make it "perfect" for my eyes. It has colorful little lights, not so well distributed ornaments and not all matching and crooked star on top. For me, the tree would be less colorful, coherent, clean and well distributed, but Christmas is magical even for children and if their eyes are happy, this year, mine will also be….

LIGHTS OUTSIDE THE HOUSE 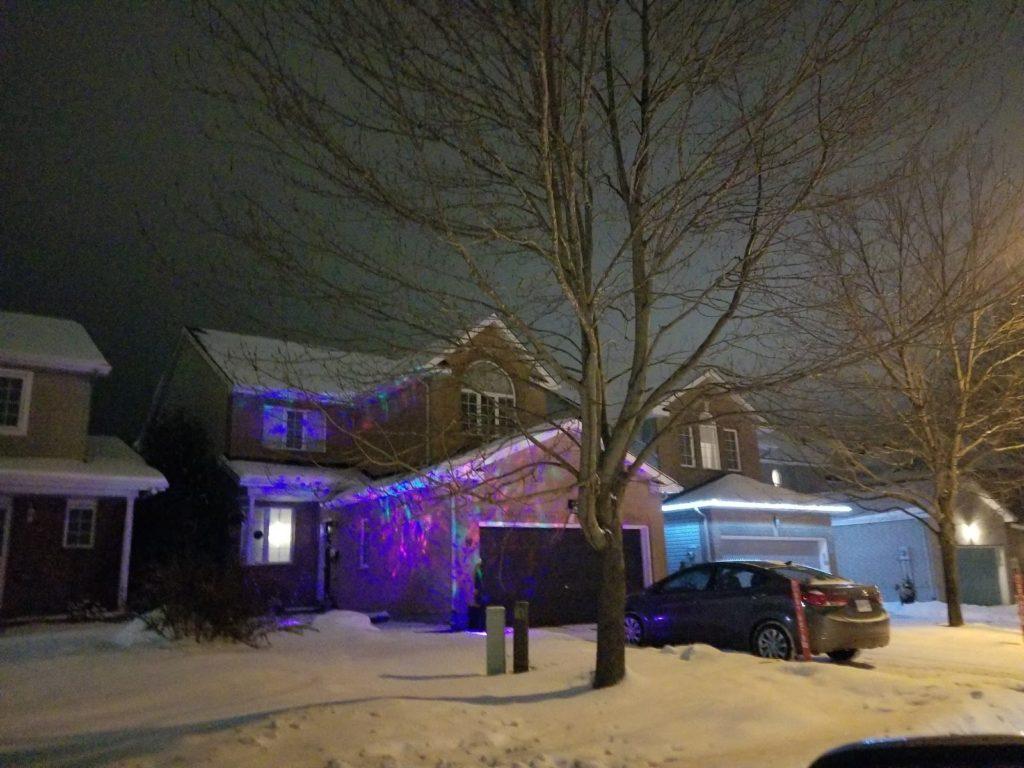 This year we kept the idea of having little lights out of the house, but we opted for a projector instead of the little lights stuck in the gutter. It didn't look great, it didn't get ugly either. Let's see if we're going to do better next year.

GARLAND AT THE DOOR 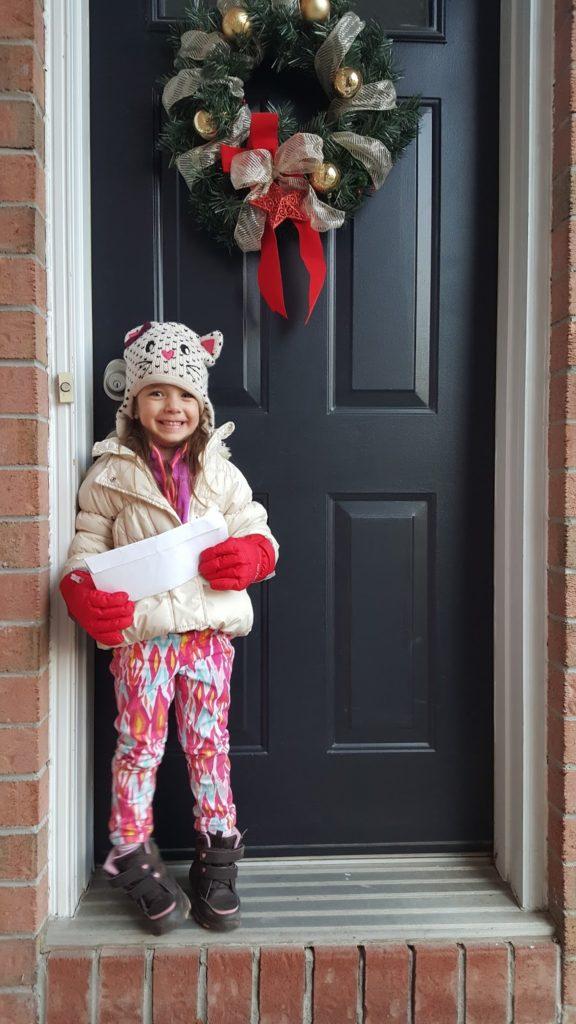 This One I don't give up, it's also super easy. There are several types of Christmas garlands by trade, the options are numerous. I try to give an incremented or changed in our every year, but it is basically the same, attached by the support at the top of the door (which avoids sticking the door). I think it's a welcome sight when people come to us' house.

SOCKS IN THE FIREPLACE (Stockings)

This tradition we did not see in Brazil (because not all houses have fireplaces right), but we adopted here, about 5 years ago.
The idea is to fill the socks of small gifts and open them on Christmas morning along with the other gifts.
This year, I've adopted a new rule: Each stocking will contain a dress-up thing, a reading thing, one that the person needs and another one who wants it. So basically 4 items in each.

When we were kids, the opening of presents took over on Christmas Eve. The tradition here in North America is to open on Christmas morning, right after you wake up. We've adopted this idea since Alice was born. They descend into the living room and find the presents in the stockings in the fireplace and under the Christmas tree.
I think it's a good idea, because they have all day to play and enjoy the new things, which is difficult when you win at night, having to go to sleep soon. It also makes it easier with the story that Santa claus comes at night while we're sleeping.

Since Alice began to understand more, we have adopted the tradition of leaving a biscuit and a glass of milk for Santa claus to have lunch on the way through our house. It's super simple even, we always leave by the fireplace, in the "way" of it. Hehehe
It is only important to remember to take one or two bites on the biscuit before going to sleep (adults) and take almost (or all) the milk from the glass, for them to atact the next morning.
(The first year we did this, we forgot to bite the cookie and Alice already questioned it – apparently that year, Santa claus was on a heheh diet).

It is also tradition to be wearing pajamas with Christmas motifs on Christmas morning, to open the gifts and Christmas breakfast.
This year will be the first year of this new tradition. Next year, who knows the five of us will be matching?!
PHOTO WITH SANTA CLAUS/OR WITH THE TREE
I don't know if it's going to happen this year, but we always try to find a Santa claus out there (at the mall) and record the evolution of girls.
Another photo I ask take every year is of the girls and the furry ones in front of the Christmas tree. So cute.

A few years ago, we received a decorating kit ornaments and now every year, the girls paint one to put on the tree. The following year, we see the "advances" of painting and everything else… very cute!

The tradition of gingerbread was inaugurated this year and the girls liked it a lot, especially the part of eating the sweets of ornaments. Only I bought 2, thinking of 1 for each of them to assemble, but in the end, the first one we put together was already huge and we can't even eat… The other one's still closed.
Next year I'm going to find a kit with smaller houses, easier for them to decorate and we eat later.

Kisses and a great Christmas for everyone!